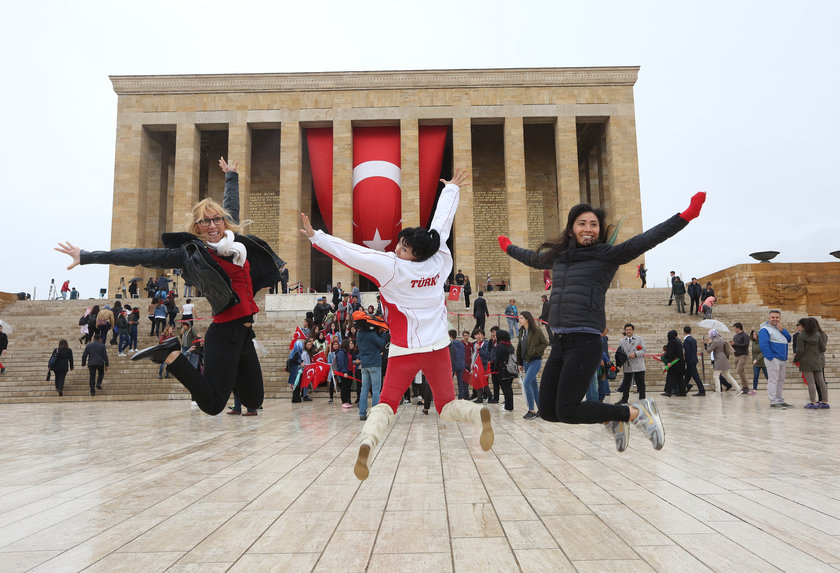 Today Turkey commemorated Mustafa Kemal’s landing at Samsun, on the Black Sea, on May 19, 1919, which marked the start of the Turkish War of Independence. The war lasted four years, during which time the Turks managed to expel numerous foreign powers that had invaded their territory, among them Britain, France, Italy, Greece, and Armenia.

In 1936 it was decided this historic day should be celebrated annually and it became formalised by a new law in June 1938. Known as the Festival of Youth and Sports (Gençlik ve Spor Bayramı), young people in Turkey sing the national anthem, recite poems, hold parades, and participate in sports and traditional cultural activities such as folk dances and plays that commemorate the national struggle.

Following his death in November 1938, the day has also been synonymous with commemorating the life and legacy of Mustafa Kemal Atatürk, the founding father of the Turkish Republic, who placed hug importance on the role of young people in protecting the territorial integrity and secular heritage of the country.

The roots of this youth festival pre-dates 1919. Four years earlier, the Teachers College for Boys held the first ‘Gymnastics Festival’ (İdman Bayramı). Adapting a Swedish folk song, by 1917 the organisers wrote Dağ Başını Duman Almış with Turkish lyrics by Ali Ulvi Elöve. The song has since evolved into what is commonly known as Gençlik Marşı (Youth Anthem).

Although severe weather saw some events cancelled this year, the country’s traditional celebrations continued. In Ankara, Turkey’s Sports Minister Akif Çağatay Kılıç laid a wreath at Anıtkabir (Atatürk’s mausoleum). Members of the opposition Republican People’s Party (CHP) joined locals at Güven Park in the city centre before marching to Anıtkabir to pay their respects to Turkey’s founding father. Other ceremonies, parades and sports activities such as mini marathons also took place across the country.

President Akıncı led the celebrations in North Cyprus. Many parts of the global Turkish Diaspora are expected to commemorate the date this weekend.

Across the UK, many Turkish schools and associations will be holding ’19 Mayıs Youth and Sports Bayramı’ events. Two major ones take place in London.

On Saturday 20 May, Dr. Fazıl Küçük Turkish School in Thornsbeach Road, London SE6 1SE, is hosting its commemoration event, which is supported by the Turkish and Turkish Cypriot embassies, and the Council of Turkish Cypriot Associations (KONSEY). The event starts at 11.30am and runs until 2.30pm, and is free to attend. 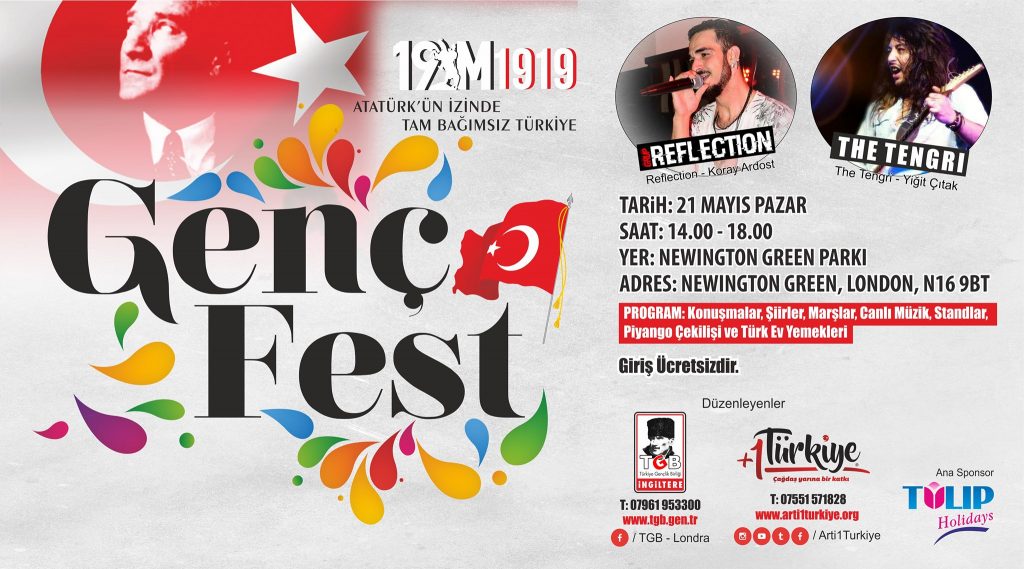 On the Sunday 21 May, the UK’s Türkiye Gençlik Birliği (Union of Turkey Youth), or TGB UK for short, are holding their annual London Youth Fest (Londra GençFest 2017) in Newington Green, North London. Everyone is welcome to attend their family-friendly outdoor event, which will include live music, dance, poetry, a singsong, homemade Turkish food and a raffle. Among the artists performing on the day is Group Reflection, whose vocalist Koray Ardost is from Cyprus.

The event is supported by Tulip Travel. For more information (for Turkish speakers only), visit the Londra GençFest 2017 event page on Facebook.