Tough new penalties: when you can and can’t use your mobile phone or sat nav when driving 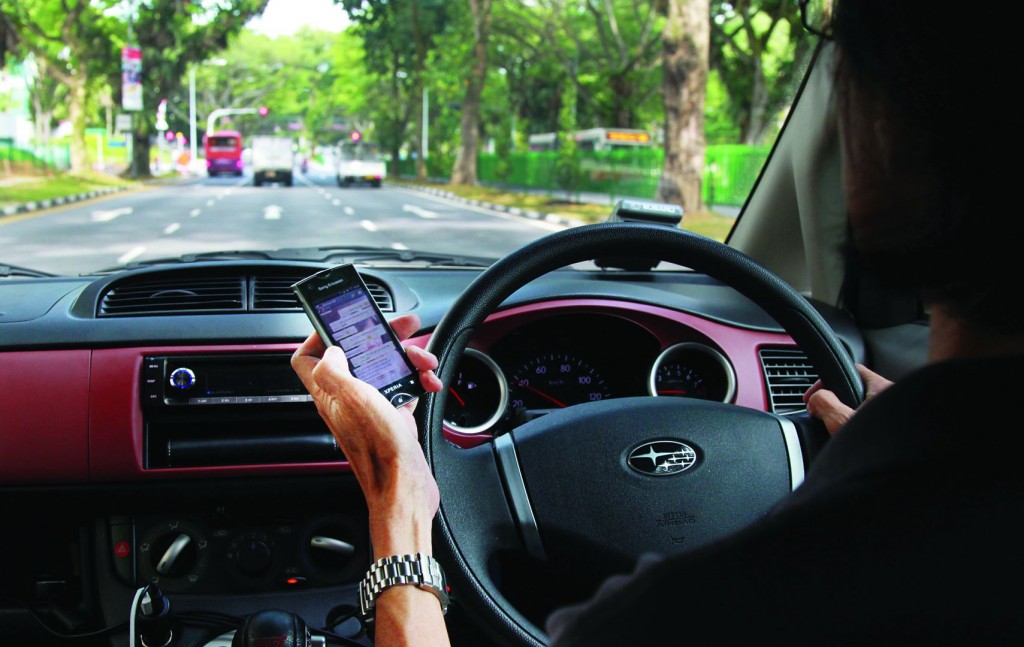 As of March 1, anyone caught using their handheld mobile phone while driving will receive a £200 penalty and six points on their licence. It doubles the previous punishment of a £100 fine and a three-point penalty.

Any motorist caught committing the same offence twice will automatically appear in court, face a fine of £1,000 and a driving ban of at least six months.

Last year, twenty-two people were killed and 99 seriously injured in road accidents in Britain as a result of drivers who were using a mobile phone. The tougher penalties is intended to serve as a strong deterrent and bring about a cultural change, so drivers no longer allow themselves to be distracted when behind the wheel.

The transport secretary, Chris Grayling, said: “Our message is simple and clear: do not get distracted by your mobile phone while driving. It may seem innocent, but holding and using your phone at the wheel risks serious injury and even death to yourself and other road users.”

Life imprisonment for death by dangerous driving also on the way

On 1 Feb, the government concluded its consultation on issuing longer custodial sentences for drivers who cause death or serious injury.

Under new proposals put forward by ministers last December, a driver convicted of dangerous driving would be sentenced to life imprisonment instead of the current maximum of 14 years. This would also apply to any driver who killed whilst under the influence of drink or drugs. Careless drivers causing serious injury would face 3-year jail terms. The new sentencing guidelines are expected to be announced later this year.

In the meantime, even though there’s been plenty of publicity about the incoming strict new law banning the use of mobile phones in vehicles, hundreds of motorists were still caught flouting the rules on day one. Police have increased patrols in unmarked cars and on roadsides to clamp down on the practice. As a result, scores of drivers were stopped after being spotting using their phones and were issued with penalty points and a fine.

To coincide with the new law, THINK! UK Road Safety has released a new hardhitting video to make drivers aware of the monumental heartache they cause when they kill through dangerous driving. 11 years ago, the Carvin family lost Zoe, a loving mother and wife, because a driver was texting at the wheel. The family share their heartbreaking story and plead for drivers to put their phone away.

Below are guidelines for drivers to know when, where and how to use their mobile phone or sat nav legally.

When is it OK to use a phone behind the wheel?

The new law says it is illegal to use a handheld mobile phone or any internet-enabled device, such as a tablet, when you are driving. This also applies if you are stopped at traffic lights or queuing in traffic.

You are also not allowed to make/take a call via your phone’s loud speaker as this would require you to touch the phone while driving, which is prohibited.

You must also not use your phone if you are parked up, but your engine is running.

The ONLY exception is if a driver needs to call 999 in an emergency, and it would be unsafe or impractical to stop.

Otherwise, drivers must ensure they are parked safely, and their engine is off before they use their mobile phone.

What rules apply for using a sat nav?

The new rules are similar to those for a mobile phone because the aim is to prevent drivers being distracted and cause an accident.

To use your sat nav legally, whether this is a dedicated device or your mobile phone, first ensure it is securely positioned in a cradle and not blocking your view. You must set it up before your keys are in the ignition and don’t touch it again while your engine is on.

Technically yes they are, but if the police deem you are not in control of your car while you’re using mobile via either of these, you can be still be punished with a £100 penalty fine and three points. It could also be used against you in court if you are involved in an accident.

The AA’s advice is: “Stop or leave it to go to voicemail – even if you have a hands-free phone.”

“If you must talk, and have a hands-free phone, keep conversations short and simple or say that you’ll find a safe and legal place to stop and phone back.”

What if my boss expects me to use my phone while I’m driving? 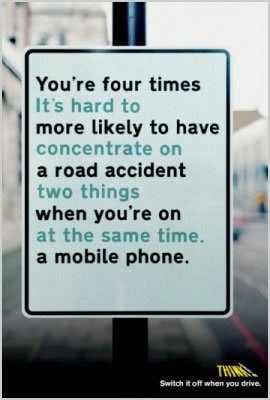 You are both at fault here. You should not break the law under any circumstances.

If you drive for a living, the same rules apply to you and mobile devices in your vehicle as for everyone else. If you are a cab driver for example, you cannot accept work while you are on the move.

Your employer could also be prosecuted for requiring or permitting you to make or receive calls, as it means you would not have proper control of the vehicle while driving.

Can drivers still eat and drink while driving?

There is no law barring you from eating or drinking soft drinks when you are behind the wheel. However, a driver can still be prosecuted for careless driving if they are distracted by their food and drink.

It’s the same as eating. It’s not illegal to smoke – or vape – while driving, but it can be factored into a careless driving charge.

Note, under other laws, you can’t smoke in a vehicle if any passenger is aged 17 or under.

Can I listen to music and change the radio?

Technically, it is OK to listen to music and change radio stations while at the wheel. But again, if it does distract you and cause you to demonstrate careless driving, then you could be prosecuted.

If you use a digital device to play music, such as your mobile phone, set up your playlist before driving and don’t scroll for tracks while you are behind the wheel.

The simplest rule is to avoid temptation: put your phone out of reach for the duration of the time you are driving. That way you avoid breaking the law, while keeping yourself and other road users safe because your full concentration is on the road.