The country hosts around 1 million refugees of school age and has committed to including them in its national education system by 2020, a UNESCO study said.

In contrast countries such as Bangladesh, Afghanistan and Thailand were slammed for making “no such promises”.

“The funding secured for Turkey’s move to inclusive education will be spent on school construction, and to provide 15 hours of Turkish lessons a week, in addition to catch-up education and remedial classes,” the report said.

“Free school transport, education materials, a new examination system, guidance and counselling, [and] a communication strategy to educate parents on enrolment will be introduced and 15,000 teachers trained.”

The report warned, however, that globally only a third of the funding for refugee education has been filled.

It said that UNRWA, the United Nations Relief and Works Agency for Palestine Refugees in the Near East, which provides education to half a million Palestinians, faces a major finance gap after the withdrawal of the United States, its largest donor in absolute terms.

The regional response to the Syrian crisis had received only $248 million of the requested $873 million for education, or 28 per cent, by April 2018.

Countries such as Chad, the Islamic Republic of Iran and Turkey “shoulder substantial costs to ensure that Sudanese, Afghan, Syrian and other refugees attend school alongside their own citizens”, UNESCO said. 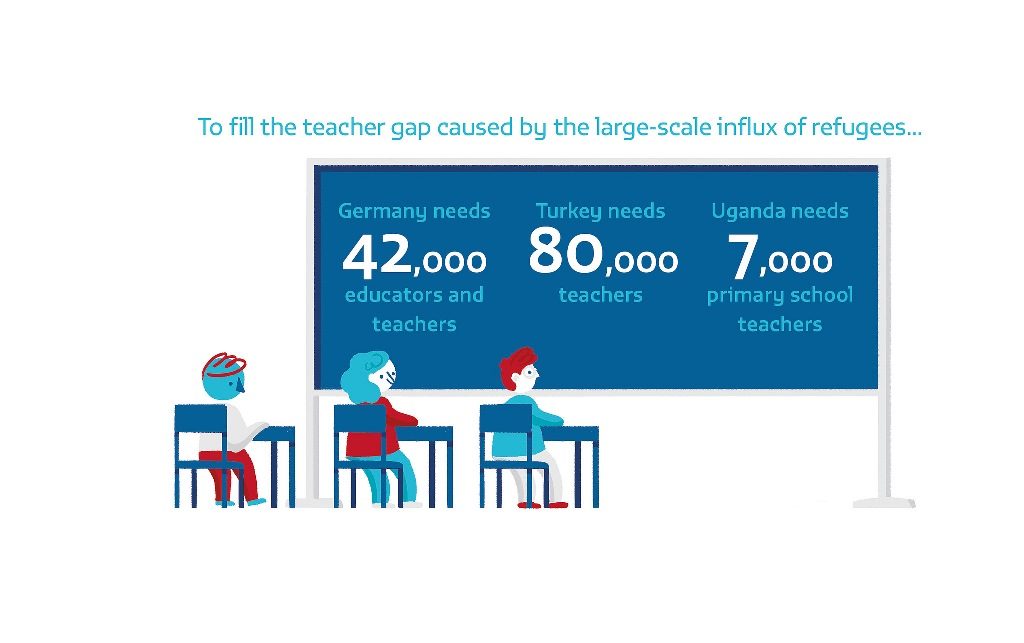 “The quality of education will suffer without greater international support to the countries hosting most Syrian refugees,” the report continued.

“Teachers’ salaries are the most expensive part of any education bill and Turkey needs 80,000 teachers to teach all current refugees.

“In Lebanon, only 55 per cent of teachers and staff had participated in professional development in the previous two years.”

Manos Antoninis, director of the GEM report, said: “At last, exclusionary practices are being abandoned, whether due to political pragmatism or international solidarity.

“While double-shift [teaching] systems have been an important temporary fix, the long-term consequence of being permanently segregated is that refugees cannot integrate into the host society and they are put at a learning disadvantage.

UNESCO said that both Lebanon and Jordan, with the “highest number of refugees per capita in the world”, have integrated refugees into public schools by adopting a “double-shift” system.

“In 2016, 160 of Lebanon’s 1,350 public schools were running double-shifts. To improve take-up, the Lebanese government piloted offering conditional cash transfers for education and saw refugee attendance rise by 20 per cent.”