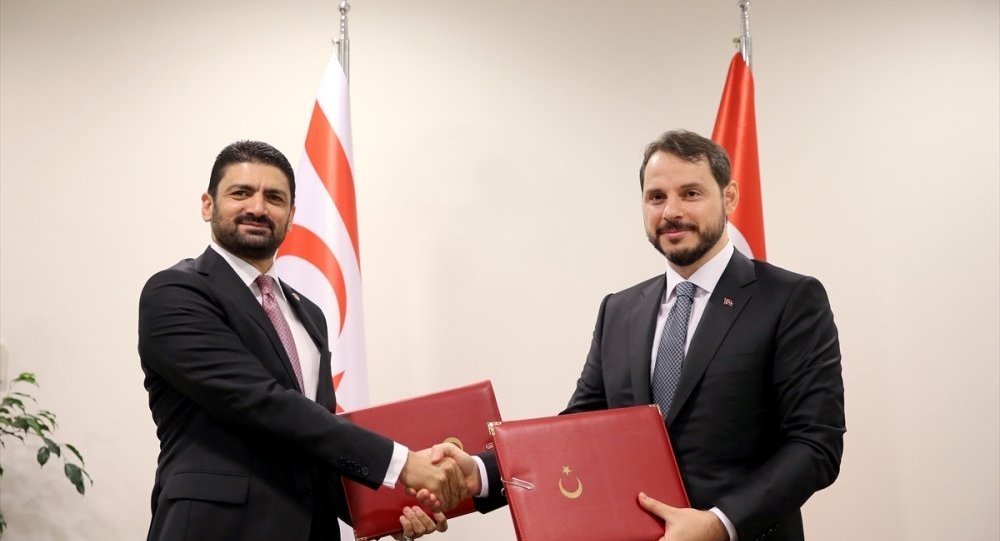 The Turkish and Turkish Cypriot Energy Ministers have signed an historic deal that will see Turkey provide electricity to North Cyprus by underwater cable.

The agreement, made by Sunat Atun of the TRNC and Berat Albayrak for Turkey, was formalised in Istanbul on Tuesday, 11 Oct, during the World Energy Congress being hosted in the city.

Before flying to Istanbul, Mr Atun had said: “The TRNC’s energy needs grow day-by-day, and this project with Turkey will allow us to meet the electricity demand problem more flexibly.”

Talking to the Anadolu News Agency after signing the new deal, Atun and Albayrak explained the latest framework “includes the construction of interconnected system, mutual cooperation on renewable energy and exploration of oil and natural gas resources.”

Mr Albayrak said, “This agreement between Turkey and the TRNC is not just for the TRNC, but will have an important bearing on other major developments in the region.”

The latest energy pact between the two countries builds on an earlier agreement, signed five years ago, which facilitated co-operation over drilling and exploration for oil and natural gas on and off-shore in North Cyprus.

The Turkey-TRNC electricity project is due to start in the near future, initially with a joint working committee to determine the capacity of the undersea cable, as well as the optimum method of its construction and the route it should take. The cable is expected to be ready to transfer electricity by the end of 2017.

The decision to pipe electricity to the TRNC follows another pioneering project by Turkey to ship fresh water to Cyprus. A global first, the engineers successfully completed the innovative pipeline last year that will carry 75 million cubic metres of water each year. However, disagreements over the price of the water to consumers and who should manage the supply in the TRNC – government, local government or a privately-appointed company – delayed the final leg of the project by nearly a year.