Turkish ambassador: Europe ‘stronger, safer and better-off’ if Britain remains within the EU 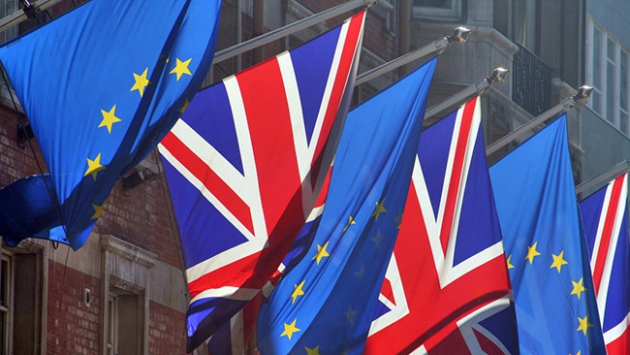 If Britain chose to leave the European Union, it would not only have an effect inside the UK, but also on the rest of Europe. Abdurrahman Bilgiç, the Turkish Ambassador, explains why his country hopes the UK remains within the EU.

It is always an enriching experience for diplomats to witness historical moments in their host countries. Trying to make meaningful sense of events that are unfolding around us, among other things, exposes us to competing political assertions, and provides us with an invaluable insight into socio-economic issues at play. Over the last two years or so, I had the privilege of observing important milestones in the UK, such as the Scottish independence referendum, general elections and most recently local elections.

On 23 June, the UK will decide either to remain part of a reformed EU or leave. It will most certainly be another crucial decision to be made by all four constituent nations of the UK. Yet, this time, the British people will not only decide on the future of their own country. Their votes will probably have far reaching implications for the UK’s relations with most of the world, as well as the future of the European integration project itself. It is their call and will be their call only, but we sincerely hope to see the UK remain in the EU. Let me explain why, from three distinct perspectives.

UK-Turkey’s strategic and commercial partnership strengthened by the EU

From the perspective of our bilateral relations, the UK is our ally, strategic partner and a strong supporter of Turkey’s EU accession process. Since 1996, when Turkey joined the EU’s Customs Union, Turkey and the UK have increased their bilateral trade volume from around 4 billion dollars to 16 billion dollars with a strong presence of British investments in Turkey, rising above 8.5 billion dollars. We could not have achieved this much outside of the EU.

We have always appreciated Britain’s unequivocal support for Turkey’s EU accession. Nevertheless, we are not concerned about Brexit merely to protect our mutual economic interests or to ensure the UK’s continued support.

From a larger perspective, Turkey, the UK and the EU share a common neighbourhood. And in this neighbourhood, from Ukraine to Syria and Iraq, from the Balkans to the Caucasus, we are faced with a new set of challenges to peace and security. We can only meet these challenges if we are in union.

It is in this spirit we both joined the international coalition in the fight against Daesh. We combined our efforts for countering terrorism and violent extremism with increased intelligence sharing and cooperation. As both our countries have suffered from the scourge of terrorism, our joint understanding is to condemn terrorism in all its forms and manifestations, be it from Daesh or the PKK.

From the perspective of the EU, all these challenges call for an enhanced and outward-looking Europe, demonstrating its leadership capabilities. It is true that the EU’s bureaucratic machinery cannot respond to current challenges in an effective manner. European bureaucracy needs to be more flexible, efficient and open, cutting red-tape and realising Europe’s full potential. We are pleased to see that the discussions around Grexit and Brexit have already led to multiple reforms within the EU that were, indeed, long overdue.

However, there are other issues that still need to be addressed. We are especially concerned with the rise of racism, xenophobia and Islamophobia within Europe. In this era of competing nationalisms, there is a genuine need for the UK’s presence as a proponent of liberal and democratic values. The never-ending debate on the so-called enlargement fatigue is hampering the EU’s soft power and transformative capacity. Hence, Britain’s long-term and strategic approach is much sought-after to counter such introverted worldviews.

EU vital in providing credible deterrence and defence in Ukraine, the Middle East and elsewhere

We share similar concerns regarding increased Russian military activity in our common neighbourhood. Only if we close our ranks within NATO and the EU, can we provide credible deterrence and defence against destabilising actions in Ukraine, the Baltics, the Middle East and elsewhere. Together with Britain, the EU will be able to maintain and reinforce its ability to project security, stability and welfare.

These challenges, on the economic and political fronts, indicate the importance of keeping the UK’s vision, pragmatism and dynamism on board. For Europe to amplify its normative power, to remain as the powerhouse of the world economy and to pursue a results-oriented foreign policy, the EU must maintain its cohesion and solidarity in which there is a strong UK presence.

When we stand together and act decisively, we make a tremendous difference. Take the issue of illegal migration, for example. Until the Turkey-EU deal of 18 March 2016, European responses were only sporadic and did not add up to a consistent strategy. The game-changing Turkey-EU deal, however, prevented loss of life in the Aegean Sea, broke migrant smuggling networks and replaced illegal immigration with legal migration. Most recent figures acknowledged by Frontex, the EU’s border agency, shows that the number of immigrants arriving on the Aegean islands dropped by 90 per cent in April.

However, some statistics indicate the continued presence of immigrants reaching Italy from North Africa. This shows that increased security measures and enhanced border controls do not eradicate the root causes of the problem. We should work together to eliminate the “push factors” that drive migrants and refugees out of their homes; namely, conflicts, violence, poverty and deprivation.

At the same time, we should step-up our efforts for meaningful and responsible burden-sharing. Turkey is now the world’s largest refugee hosting country with the presence of 3 million Syrians and Iraqis.

While we have spent more than 10 billion dollars for 270,000 Syrians accommodated in 26 temporary centres alone, the overall cost to the Turkish economy is estimated at around 25 billion dollars. This is a heavy burden for any country to shoulder alone. The EU pledge to allocate funds for Syrians in Turkey, together with the resettlement plan, is a step in the right direction.

Debunking the myths over Turkey’s accession to the EU

In the run-up to the EU referendum and fuelled by the heated debate on migration, we see in circulation certain myths surrounding the visa liberalisation dialogue and Turkey’s eventual EU accession. It is usually hard to fight against prejudices, but these myths are relatively easier to debunk. Recent projections demonstrate that no mass migration from Turkey to Europe is to be expected. In fact, there is now a flow of reverse migration with many Europeans coming to work and live in Turkey.

We owe this to our strong economic performance that has placed Turkey ahead of all other OECD nations with an average growth rate of 5.2 per cent between 2010 and 2015. Over the last ten years, we have created 7 million new jobs. Moreover, visa-free travel is the contractual right of Turkish citizens as stipulated by the European Court of Justice.

Turkey has been a part of European history and we are destined to continue living in our shared geography side-by-side. We can ensure this destiny is mutually beneficial through genuine partnerships and cooperation schemes that are facilitated by multilateral platforms like the EU. And, we believe that the EU will be “stronger, safer and better-off” by keeping the UK as a leading member.

Abdurrahman Bilgiç
Abdurrahman Bilgiç is Ambassador of the Republic of Turkey to the UK. In his 30-year-long diplomatic carrier, he has worked in Turkish missions in Libya, Australia, the Netherlands, Germany and Japan, respectively as Consul General and Ambassador in the last two posts. He was formerly Director General for Press and Information and Deputy Undersecretary in the Prime Minister’s Office.

This article was first published as part of the LSE’s Brexit Ambassador series: The view from Turkey