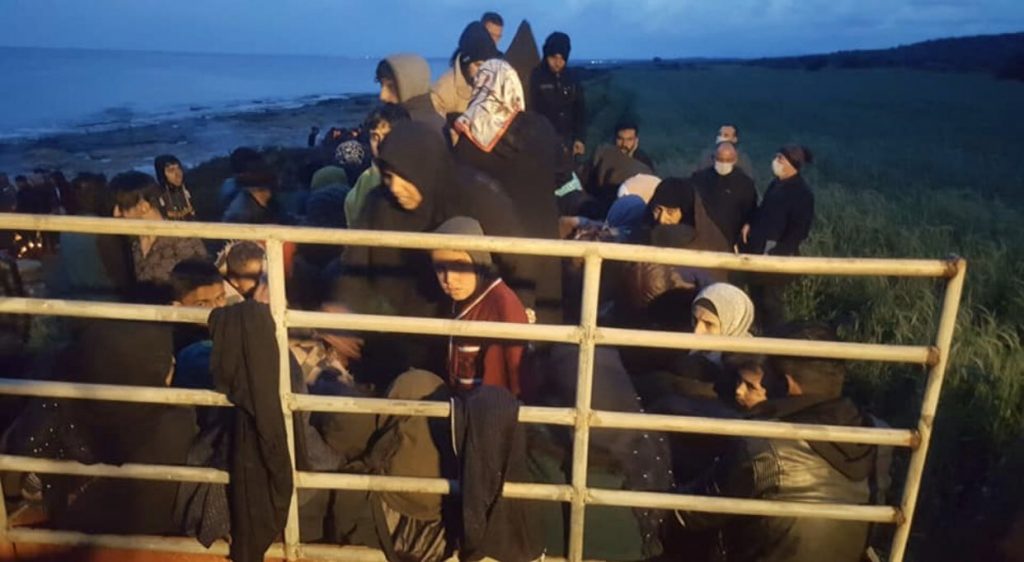 A rescue mission was mounted off the eastern coast of the Turkish Republic of North Cyprus (TRNC) in the early hours of Saturday, 21 March, after a boat carrying 175 Syrian refugees hit rocks and started to sink.

The Turkish Cypriot emergency services were able to rescue all those trapped at sea, including 69 children, after their boat sank near coastal villages Taşlıca and Boltaşlı, at the base of the Karpas Peninsula.

On Friday, the boat had been prevented from landing in the internationally-recognised Republic of Cyprus. The refugees said they had been turned away at gunpoint by the Greek Cypriot coastguard.

The claims were repeated by Oğuzhan Hasipoğlu, a TRNC MP for the ruling National Unity Party (UBP), on Twitter. He wrote that the refugees had faced “an armed threat from the South Cyprus coastguard” and that they were “all wet” by the time the TRNC rescue team reached them.

Today, 175 Syrians, including 70 children, “under the protection of the Turkish Republic of Northern Cyprus” after facing an “armed threat” from the South Cyprus coastguard, they were all wet when we have reached to them!@Refugees @imraorg @RefugeeSupportE pic.twitter.com/UwXX2MEJsW

The Turkish Cypriot authorities confirmed the rescued party had been taken to a sports hall in the İskele district, where they were given clean clothes and underwent medical examinations.

Many locals had responded to an appeal by the local mayor to bring clothes, food, milk and other supplies to the refugees.

Home Affairs Minister Ayşegül Baybars has said the TRNC will find more suitable accommodation for the refugees until their fate is determined.

Cyprus is located about 100 miles away from the coast of Syria and the closest EU member. Many Syrian refugees have tried to reach the island during the 9-year conflict that has raged in their homeland, often with devastating results, their bodies washing up on the shore.