Deaths from coronavirus in UK Turkish community could be as high as 15, warns Erkin Guney 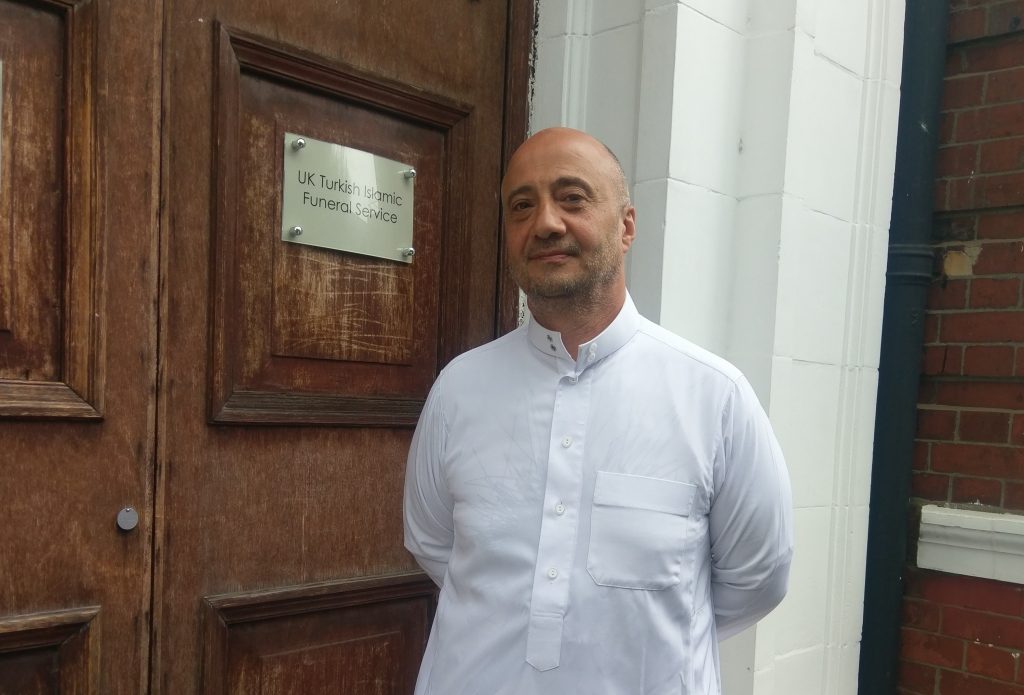 Erkin Guney, the head of the UK Turkish Islamic Trust (UKTIT) which administers funerals for British Turks, has said calls from families in the community who need help with burying their loved ones have rocketed this week.

He has received calls from 15 different families in the past few days, and all bar one has been told by medical officials that their relative died due to the coronavirus.

“Until we receive the death certificates, I can’t confirm what the cause of death was in these 15 cases. However, 14 of the bereaved families we’ve had calls from believe the cause of death is coronavirus, as that’s what they’ve been told by the hospitals,” said Mr Guney.

All of the deceased reported to the UKTIT have been elderly, with “more men than women dying,” Mr Guney told T-VINE Magazine editor Ipek Ozerim. He added that the families were a mixture of Turkish and Turkish Cypriots.

The following day 55-year-old Hayri Ergönül passed away from the virus in North Middlesex Hospital.

Since the news of the first victims broke, Mr Guney says he his phone hasn’t stopped ringing, as anxious relatives enquire whether they can still give their loved one a funeral if they died from the virus and if they can attend it.

Mr Guney explained that obtaining the necessary paperwork has been far slower than usual, not only because of the unprecedented situation caused by the rapid spread of the infection, but also due to families having to self-isolate:

“Normally, after a person dies, the hospital doctor or its Bereavement Office issues a relative with the medical certificate stating the cause of death. The relative takes this paperwork to the local Register Office, where the death is recorded, and a death certificate is issued.

“Lots of families are unable to do this task currently as if they had any contact with the deceased, they have to self-isolate. They can nominate someone else, for example, a member of the UK Turkish Islamic Trust can go on their behalf, but the name of the person being authorised has to be notified to all relevant parties before they can obtain the paperwork.

“Alongside this new bureaucracy, we are also having to wait up to four days for test results to confirm if the deceased had coronavirus. The sheer numbers dying from the virus means the whole system has slowed down. Instead of collecting the bodies from hospital mortuaries and burying people in a day, as is required for Muslims, just the paperwork phase can take up to a week,” Mr Guney stated.

He advised there were further delays with organising the funeral because local authorities and cemetery managers were ill-prepared for the scale of the situation.

“We have asked local councils about the procedures and no one really knows what to say. We don’t even know if we, as funeral directors, have ‘Key Worker’ status, so we can move around easily to collect the bodies and conduct funerals. We still don’t know if cemeteries will be open beyond normal hours to cope with the rapidly rising death toll,” said Mr Guney.

A North Londoner of Turkish Cypriot origin, Mr Guney is the youngest son of Ramadan Guney, who established the UKTIT and also opened the UK’s first Turkish-owned mosque on Shacklewell Lane, in Dalston, in 1977.