Coronavirus: all commercial flights to North Cyprus to stop from tonight 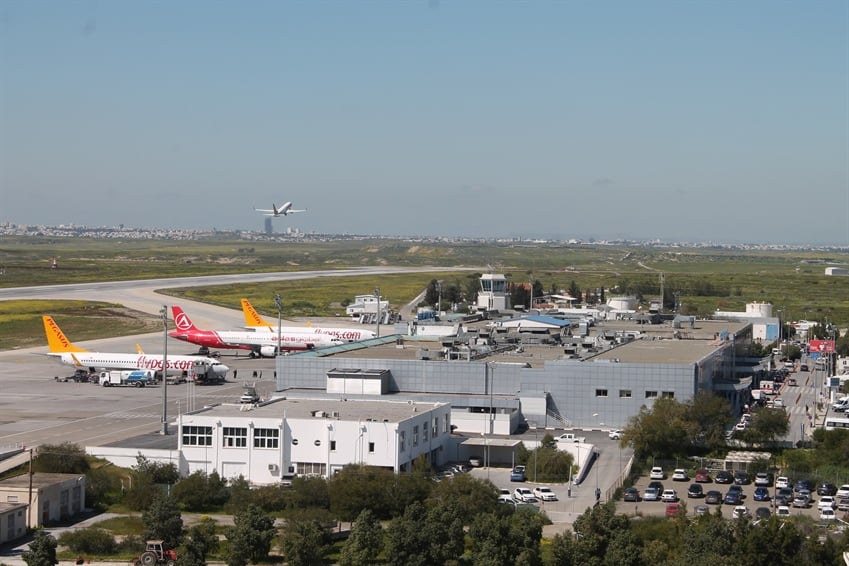 All flights into Ercan Airport will stop from midnight tonight, Wednesday 9 September, as the authorities seek to contain the spread of coronavirus in North Cyprus. The suspension of flights will run until the end of this week.

The sudden announcement was made by KKTC Sivil Havacılık Dairesi – the civil aviation authority for the Turkish Republic of North Cyprus. The following message was posted on its Facebook page earlier today:

“All flights to Ercan Airport, except military, ambulance and emergency flights, have been suspended until 13 September 2020. The decision will take effect as of midnight tonight.”

The measure follows a raft of restrictions announced by the TRNC government over the past few days, which include banning weddings, election rallies, and public gatherings for the rest of September.

Clubs, bars and primary and secondary schools have also been ordered to close until 1 October, while a special task force is being formed to help ensure work places, such as restaurants and barbershops, adhere to the strict Covid-19 guidelines laid down by the TRNC Health Ministry.

The mini lockdown comes after 38 new cases of coronavirus were recorded on Tuesday, with unofficial reports claiming at least another 30 people had tested positive this morning alone.

The spike in new cases, up from 26 on Friday, equates to a 46% increase in four days.

In an interview on Monday night, Health Minister Dr Ali Pilli said some 150 people who have recently tested positive for Covid-19 are currently receiving treatment in hospital or being observed at quarantine centre, stating two thirds were asymptomatic and hence did not need hospital treatment. A further 217 people diagnosed with the virus since July have since made a full recovery.

The rapidly growing infection rate prompted the government to introduce mandatory quarantine for all travellers from category B countries, which include Turkey and the UK. The decision, which came into force on Monday, has placed further strain on quarantine centres, which are already struggling to accommodate new arrivals.

This morning, people who had flown into Ercan Airport last night were pictured sitting on the tarmac of the car park outside the terminal building after the TRNC Health Ministry had failed to find them any quarantine accommodation.

The scenes were criticised by main opposition leader Tufan Erhuman, who posted on social media: “You can’t even get organised to implement your own decisions!”

The lengthy delays for those waiting to be placed into quarantine, first observed with the repatriation flight for British expatriates in June, has since become commonplace.

One parent complained to T-VINE last month that “cattle get treated better” after his children, one a minor, was left waiting all night in a hotel car park due to the lack of prepared rooms.