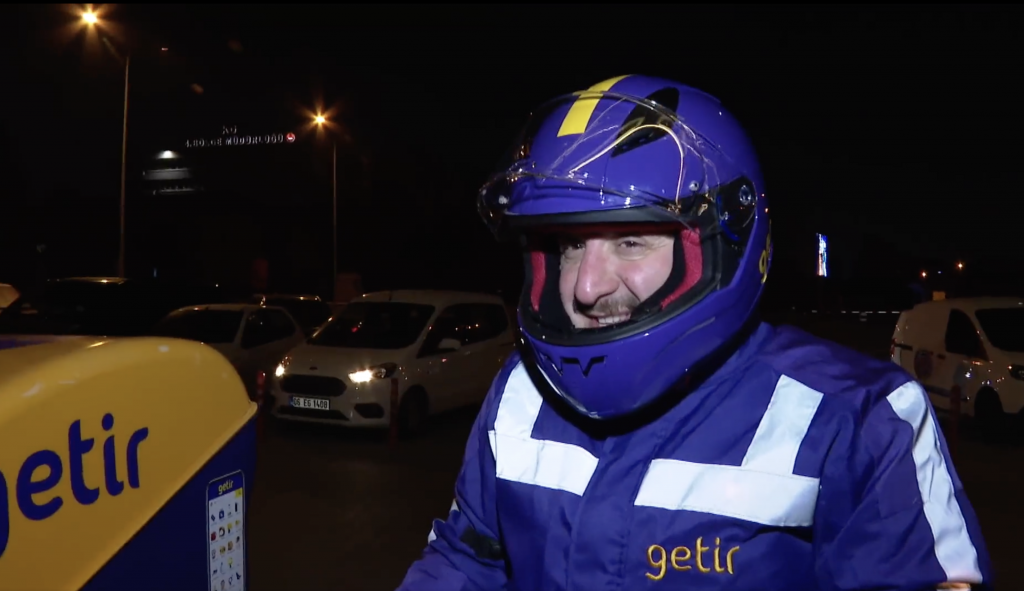 On New Year’s Eve, Mustafa Varank, Turkiye’s Minister of Industry and Technology, donned a biker’s helmet and Getir uniform, and went on a mission to deliver groceries to the shopping app’s customers in Ankara.

The Minister said he wanted to “better understand” the working conditions of motorbike couriers.

In a 2-minute clip he shared on social media capturing his experience, Minister Varank is first seen at the Getir warehouse with other couriers before going out on a delivery to a female university student dormitory.

While handing over the delivery to the student, the minister introduced himself, to which the surprised young woman replied “Really?”.

Back at the warehouse, Minister Varank said he hoped he would get a good review and then, as is customary for Getir, called the customers to check if they were satisfied with their order without making it clear who he is. He was given a five-star review on the Getir app, while Getir waived the charges to the customers he delivered to.

Tweeting about his experience the following day, Minister Varank said: “We entered the new year with our moto-courier friends who continue their work even in the most difficult conditions. We put on our coats, delivered the orders. We will continue to work, so that 2023 will be the year of our working brothers / sisters.”

The volume of parcels delivered by express couriers in Turkiye rose from 386 million in 2012 to over a billion orders in 2020, according to research by Effigy Consulting and Statistica. The significant growth in the express delivery sector is also reflected in the huge number of people employed as couriers.

There are approximately 900,000 motorbike couriers in Turkiye, according to figures supplied by the Anatolian Motorcycle Couriers Federation (AMCF) in February 2022. The numbers equate to one percent of the country’s population, which currently stands at 85 million.

The AMCF said that only one in nine motorbike couriers are formally registered and around 200 drivers lose their lives each year due to speeding pressures of their job.

Among the biggest courier employers in Turkiye is Getir. The Turkish start-up is both domestically and internationally a leading provider of on-demand grocery and restaurant delivery services.

Launched in 2015, Getir now operates in nine countries, including France, Germany, Italy, Netherlands, and the United Kingdom, and is valued at around $12 billion.