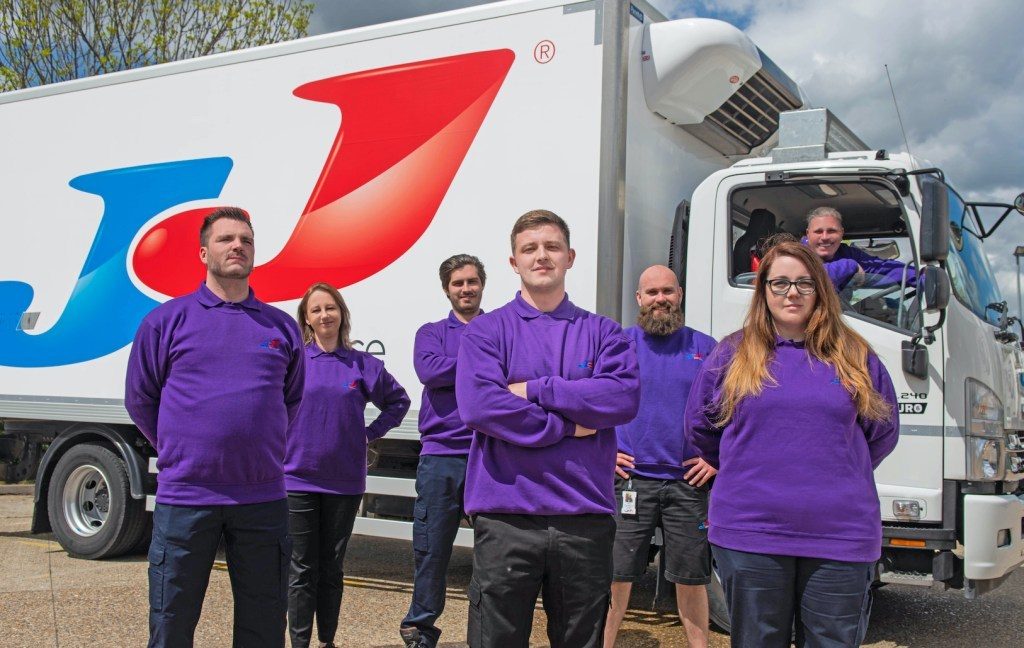 One of the UK’s largest grocery wholesalers, JJ Foodservice, is offering support to Ukrainian refugees arriving in the UK over the coming months.

The award-winning North London headquartered business, founded by Turkish Cypriot immigrant Mustafa Kiamil, has contacted Enfield Council and other local authorities where its branches are located to discuss employing those fleeing the conflict.

Over 1.5 million Ukrainians, mainly women, children and the elderly, have already fled the country seeking refuge from the military onslaught of Russia following its invasion of Ukraine on 24 February 2022.

Most Ukrainian refugees are currently in Poland, with many others arriving daily in Moldovia, Romania, Slovakia, and Hungary, which also have land borders with Ukraine.

Disappointingly, to date British immigration officials have only granted fifty visas to Ukrainian refugees – just 1% of the more than 5,000 visa applications received by the UK.

The Home Secretary Priti Patel has come under fire from opposition parties, the French authorities and Ukrainians for the low figures.

Vadym Prystaiko, the Ukrainian Ambassador to London, urged the Home Secretary to end the “bureaucratic nonsense” for Ukrainians wanting to relocate to the UK, while Patel’s French counterpart has urged Britain to establish a consulate in Calais to assist with applications.

Currently, the easiest way for a refugee to secure a UK visa is by having family in Britain or to have a British sponsor, such as an employer.

The Home Office is said to be creating a new “humanitarian” route to allow faster processing for Ukrainian refugees who do not satisfy existing immigration criteria.

JJ founder and CEO Mustafa Kiamil is a Turkish Cypriot immigrant familiar with the devastating impact of war from his homeland of Cyprus. The ten year conflict that ran between December 1963 and August 1974 left thousands dead and injured, and a third of Greek Cypriots and half of all Turkish Cypriots displaced. Many refugees from both communities subsequently settled in Britain.

Established in 1988, JJ has quickly grown under Mr Kiamil’s guidance to become one of the UK’s largest wholesale businesses, providing groceries to schools, prisons, hospitals and a host of eateries.

The firm navigated the difficult Covid-19 pandemic period, compensating for trade losses during the lockdown by opening itself up to the public, who were struggling to get essential groceries at their local supermarket. It led to JJ posting record sales of £225 million for 2020.

JJ’s commercial success and ability to diversify during such challenging trading conditions saw it named National Wholesaler of the Year at the prestigious Grocer Gold Awards last year.

HR Manager for JJ, Joanna Florczak, said, “As a nationwide foodservice company, our business never sleeps, and we are always looking for more people to join our team.

“We understand that candidates from overseas may have limited UK-accredited qualifications and might need help with re-training,” she added.

JJ has a good reputation for flexible working, offering both full-time and part-time work, in addition to long-term career prospects and progression opportunities. It has also blazed a trail for employing more women in the  male dominated sector, setting a 20% target for its warehouses.

The wholesaler also offers mentoring placements across all departments, as well as help with CV writing.

“We aspire to be an inclusive, refugee-friendly business, which means our goal is to make every member of the JJ team feel accepted, comfortable, and able to share their ideas regardless of where they have come from or their personal circumstances,” said Ms Florczak.

The company says it is “an equal opportunities employer”, which is “committed to creating an inclusive culture and encouraging a diversity of people.”

As part of it commitment to assist refugees coming to Britain, JJ has co-signed a petition from Refugee Action to lift the ban that is stopping asylum seekers from being allowed to work.