What would Eray & Koray do? 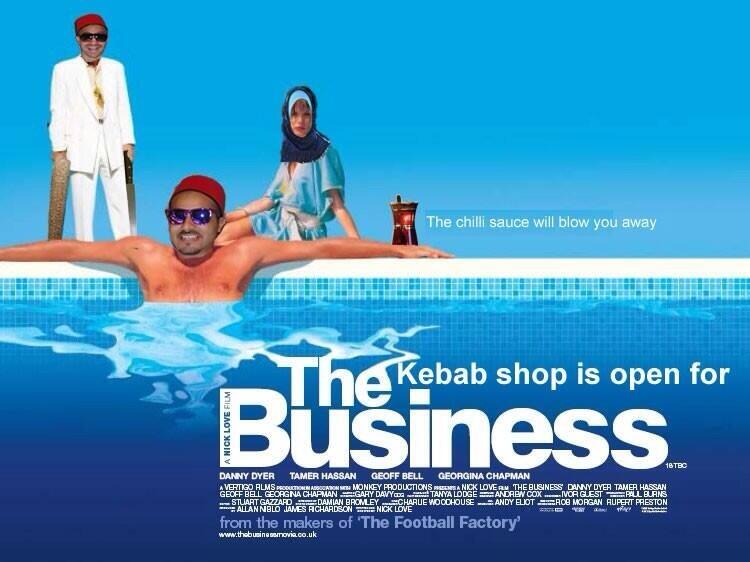 Our agreed rendezvous point is Burger King, Leicester Square. I’m not sure what to expect, two Fez wearing young Turks? And, having penned their first column for T-VINE on Turkish Time, will Eray & Koray (E&K) even be on time? They are, without the fezes.

We go for a drink in a cool bar overlooking the Square. The banter between them is hilarious. They naturally and seamlessly bounce off each other, which they tell me is how their comedy sketches come together. Asking about their relationship, they say together “we are not exclusive, we have our bits on the side”.

The comedy duo found fame with their song Kibrisli Boy, a parody of Estelle’s American Boy. Lyrics include, “I have a nice donkey, he can show you the way. I really want to eat a doner with you, I can be your Kibrisli boy.”

Their accompanying video, which contains a series of funny images illustrating the lyrics, has had nearly 40,000 views on YouTube.

In their late twenties, the two have known each other since they were 14. Both South Londoners, they belonged to rival crews, Eray in Crofton, Koray in Lewisham. Today it’s all about post codes, back then it was which Turkish school you went to. Violence was unlikely – each crew was bound to include one of your relatives.

Trying to act ‘bad’, they hung out in local shopping malls and sneaked into clubs with lax door policies, like Catford Carousel (now a mosque) or Excel, where an older Turk, Twincom Huseyin, would run nights. Their drink of choice? The obligatory Turkish tipple Jack Daniels and coke. Although Koray admits to being a fan of Malibu and pineapple.

They would turn out to social functions colour-coordinated, both with birth marks on their necks. Rumours started to fly, E&K were brothers separated at birth. As high school ended, the two lost touch, to be reconnected a few years later by a mutual female friend.

Koray was looking for work and with Eray’s help, ended up in the same department as his one-time arch rival at top media company EMAP. Their careers bloomed in unison. If one was working on Kiss FM, the other was on its equivalent TV channel. Not surprisingly, to the non-Turks at EMAP they were ‘one’. Physically, both are esmer(dark olive complexion), sporting shaved heads and goatees, with similar sounding names. Both are fit, with Eray the taller and slimmer.

Synchronicity hit again as the Kibrisli Boys were in the Motherland at the same time during summer 2007. Eray was presenting for Bizimhavamiz.com who were filming a ‘summer in Cyprus’ DVD. At the time, Koray was part of Turkish boy rap band Kontagious and at the height of their fame. Bumping into each other in Café 34 (a TRNC institution, sadly no more) in Girne Harbour, Eray interviewed Koray about the band’s new album, sowing the seeds for the Cypriot trinity of Eray, Koray and Bizimhavamiz to collaborate and create Kibrisli Boy.

The track lay dormant for a year. You see, Koray is Old Skool, not wanting to get too deep with technology. Eray, on the other hand, has embraced Twitter and taught himself how to use video edit software. Once the visuals were done, the video was posted online in 2009 and quickly went viral.

The pressure was now on for a follow-up. It came with Lady Gaga’s Bad Romance, parodied for their new song Meze Mangal about their favourite South London kebab joint: “La la Adana, aman tarama…” The track was recorded in Lev G’s (one of the four in Kontagious) studios. Koray then persuaded the owner, Sahin abi (who owns Meze Mangal along with brother Ahmet Gok) to let them film the video on the premises. When the restaurant topped the TripAdvisor rankings, beating a host of Michelin-starred eateries in London, the video found its way on to the websites of the Daily Mail and Evening Standard.

“Love Peace & Kebab Grease” rocked. Requests came in for more songs. A local café in Deptford enquired about a video for them to help turn their failing local reputation around. Sadly interest waned when the boys got married (Eray in 2011, Koray in 2012), making the boys think there were ulterior motives at play.

More E&K videos have come, as have a Facebook page, which charts their thoughts and comments on the world of Turks. From their take on cult classic film The Business, where Tamer Hassan and Danny Dyer are replaced by E&K on the poster, to flyers that say “It’s Friday, Yak the Mangal and Stick on the [Mustafa] Sandal”, or “What would Cuneyit Do?” referencing Turkish acting legend Cüneyit Arkın, who played many a super-hero in films during the 1970s and 80s.

Outside of their comedy antics, day jobs (Eray is now with Jazz FM, while Koray works at Unanimous Digital Advertising) and family responsibilities, the two pursue other creative aspirations. Eray has become celebrated in the cigar world with his Cut the Cap blog and is a DJ at various social functions.  Koray is still pursuing his dream of being a rock star with new band Capital Collision, although his greatest chance of cross-over success may come via his TV scripts, which major TV channels and production companies are interested in.

With so much going on, where does Eray & Koray go from here? The Turk-loving, olive eating (Eray has it with everything, even McDonald’s), TFC shopping pair have bundles of charm and talent, so pretty much anywhere.

They have their serious sides, but the main message from tonight is “Keep loving, embracing.” Oh, and if you’re after a wife, go on a boat trip in Cyprus. That’s how they both met theirs.