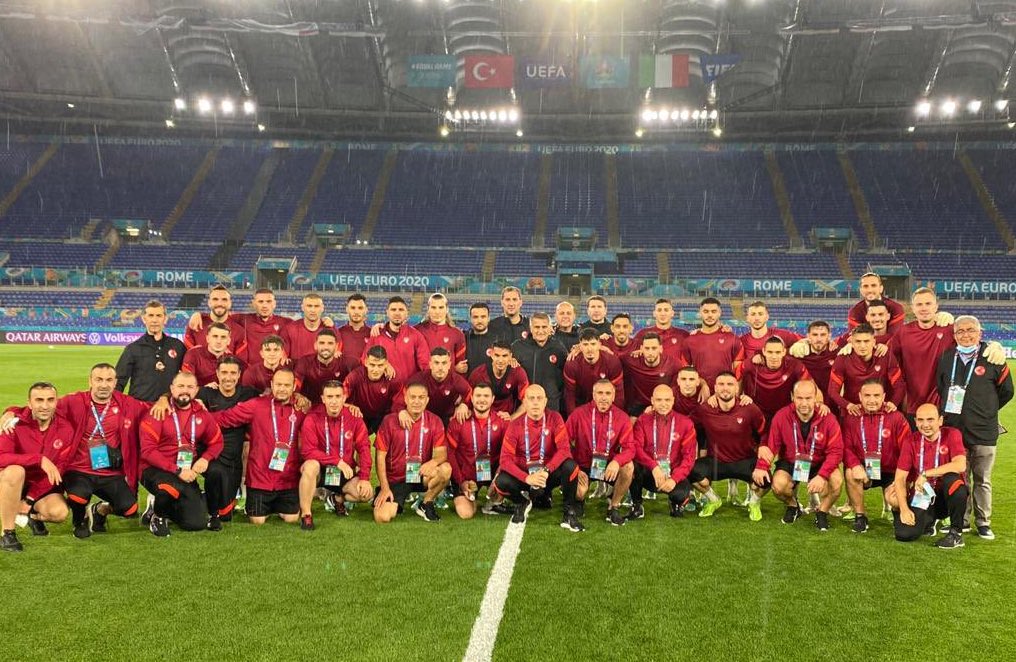 After a delay of a year due to the coronavirus pandemic, the UEFA European Football Championship, or Euros for short, will get underway on Friday 11 June. Although the tournament is being played in 2021, the event is still called Euro 2020.

A total of twenty four national teams will compete to become the champions of Europe during the month-long tournament, among them England, Scotland, Turkey, and Wales.

England and Scotland are part of Group D, along with Croatia and the Czech Republic, while Turkey and Wales are both drawn in Group A.

Unlike previous tournaments, there is no one host nation. Instead, matches will be played across 11 different venues ranging from Baku in Azerbaijan, to the Irish capital Dublin. This unique pan-European approach was UEFA’s way of celebrating the 60th anniversary of the European Football Championship.

The opening game for Euro 2020 is the Group A clash between Turkey and Italy. The tournament final will be played a month later at Wembley Stadium on Sunday 11 July.

Turkey is in Group A, along with three other teams: Italy, Switzerland and Wales.

Turkey’s best ever Euro performance was in 2008, when they reached the semi-finals, losing 3-2 to Germany. Spain were the eventual winners of Euro 2008, while the Turks shared third-place with the other beaten semi-finalist Russia.

Manager Şenol Güneş will be hoping to emulate that performance at this tournament. The 69-year-old coach has previously taken the Turkish national team to third place in the 2002 FIFA World Cup. His managerial career also includes two Super Lig titles, both with Beşiktaş.

His side has certainly impressed in the run-up to the tournament. The Turks took four points off the world champions France in the qualifiers, including their sublime 2-0 win in Konya back in June 2019.

Poor results elsewhere meant they just missed out on top spot in Group H, but with the talented squad they have, the Turks are serious contenders to progress in the Euro 2020 tournament.

The Turkish squad is littered with talent. Among those to watch are Yusuf Yazıcı, who has sparkled for French champions Lille this season. The attacking midfielder scored two hat tricks in the 2020-21 Europa League, including three goals against Milan at the San Siro.

Yazıcı is one of three Lille players in the Turkish squad. Right full-back Zeki Çelik also impressed for Lille, scoring three goals and providing two assists as the club won Ligue 1, while veteran striker Burak Yılmaz seems to get better with age. The 35-year-old helped the French side clinch the title with 16 goals this season.

Another Turkish star player is Hakan Çalhanoğlu, who has had a fine season with AC Milan and is currently being chased Liverpool and Arsenal. The attacking midfielder has the talent to open up any defence.

They may be ranked as outsiders, with odds of 50-1 at the tournament, but Turkey have upset the odds before and have the potential as the tournament dark horses to do so again.

When and where to watch Turkey’s group matches