On Tuesday evening, talented Jazz singer Atila Huseyin will take to the stage at the Hippodrome in London’s Leicester Square to perform some of Nat King Cole’s most memorable early songs including Unforgettable, This Can’t Be Love, Nature Boy, and Mona Lisa.

Atila’s new album King for a Day, set for release in early May, is a fresh look at the life and work of the timeless Nat King Cole. The 14-track album charts the star’s rise to fame during the 1930s and 1940s, when Cole evolved from master pianist and band leader to singer, captivating audiences worldwide with his soft, velvet-like baritone voice.

During two 45-minute sets, Atila and his 4-piece band, comprising Gabriel Latchin (piano/vocals), Tom Farmer (bass/vocals), Colin Oxley (guitar) and Steve Brown (drums) will re-create the magical sounds of the Nat Cole Trio, playing songs from the new album alongside classics from the American songbook of the same era. 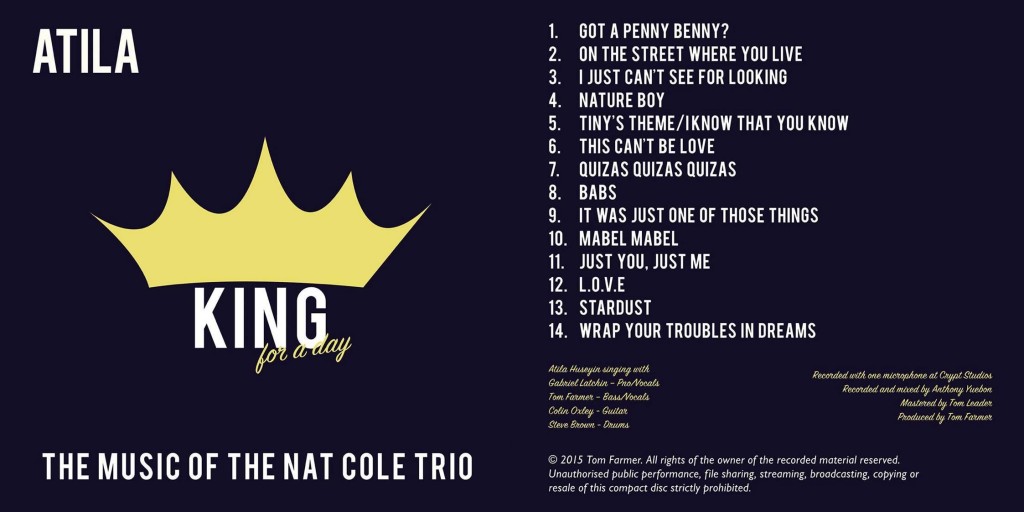 Born in East Ham to a Turkish Cypriot family and raised in Palmers Green, North London, Atila’s love for Jazz started as a teenager. Influenced by Frank Sinatra, he joined Young Jazz – a local band – when he was just 15. Atila’s vocal ability was soon spotted by the National Youth Jazz Orchestra and his experience with them made him realise that singing was to be his life.

Over the past decade, Atila’s reputation on the music circuit has continued to grow. His sartorially stylish interpretations of American Jazz, Swing and easy listening classics have garnered him a wide spectrum of fans and regular event bookings around the world. He’s played alongside musical legends, and performed for royalty, world leaders, diplomats, supermodels, and celebrities.

Atila has stepped out on the stages of prestigious venues such as Ronnie Scott’s and the Elgar Rooms at the Royal Albert Hall. He’s also sang with the John Wilson Big Band at the Cheltenham Jazz Festival, and toured alongside the legendary Buddy Greco. 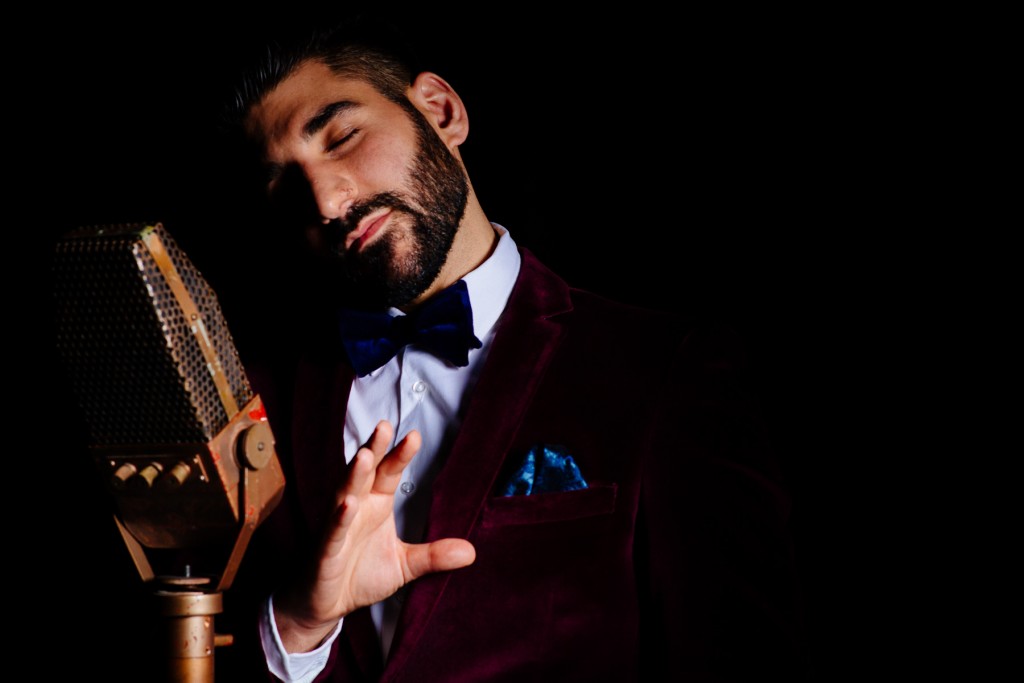 His music takes him all over the world, from Morocco to Malaysia, as well as Chicago, Istanbul, Geneva, and San Tropez to name but a few stops.

Among the many notables he has performed for are: former Soviet leader Mikhail Gorbachev at his private party at Hampton Court Palace, TV presenter Dermot O’Leary’s wedding, and Emir Sheikh Hamad Bin Khalifa Al-Thani during the 10th anniversary celebrations of the InterContinental Hotel Doha.

A born entertainer Atila has also sang on The Alan Titchmarsh Show (ITV) and Stepping Out (ITV), and in 2012, his smooth vocals can be heard on an Emirates Airlines commercial.

Dress up, grab a friend and head to the Hippodrome

If you’re in London on Tuesday 3rd May, dress up, grab a friend or partner, and head to the West End for a night of mellow Jazz and smooth Swing beats.

Only 120 lucky people will have the chance to see Atila live at the Hippodrome, so buy your tickets online now to guarantee entry (a few tickets will be available on the night too).

Those attending the intimate concert will also have a chance to buy a CD of King for a Day before it’s officially on sale.

About the album launch

Bookings & info: for more information about Atila, visit his website. You can buy tickets for the Hippodrome concert online here