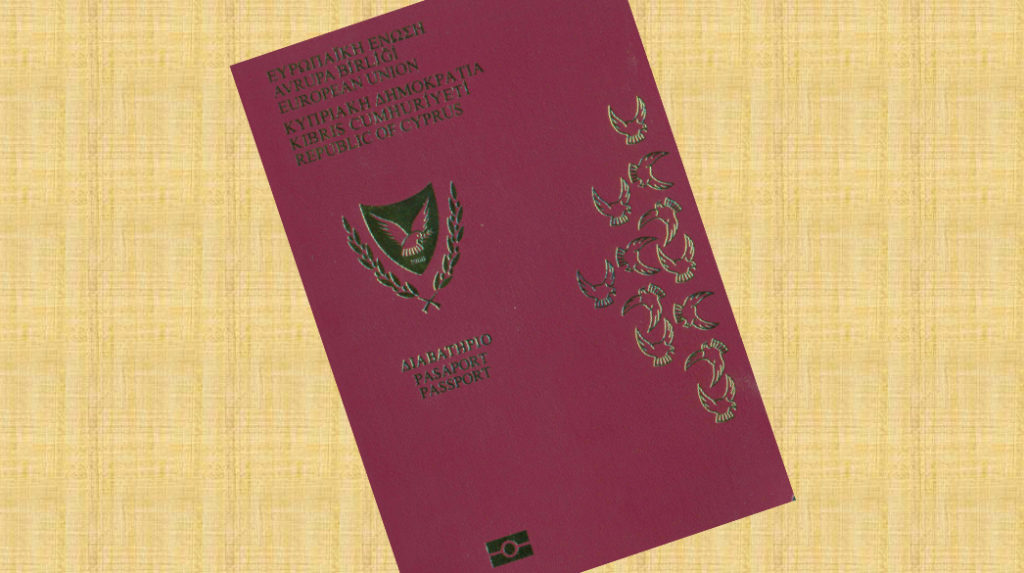 Turkish Cypriots who are dual nationals of the Turkish Republic of North Cyprus (TRNC) and Republic of Cyprus (RoC) could be stripped of their RoC passports if proposed changes are passed in the South Cyprus Parliament.

Greek Cypriots MPs are seeking an amendment to a new citizenship bill that would allow officials the right to revoke Republic of Cyprus citizenship of any individual who ‘recognises’ the TRNC. If passed, the new law would affect tens of thousands of Turkish Cypriots.

The development comes as Greek Cypriot officials currently debate tightening their citizenship laws in the wake of criticism from the European Union (EU), which found the South was selling citizenship to millionaire foreign investors.

The EU Commission raised concerns about the ‘citizenship by investment’ government schemes of Cyprus, Bulgaria and Malta in a 2019 report titled ‘Investor Citizenship and Residence Schemes in the European Union’, claiming these schemes were ripe for abuse and exploitation.

Dubbed “golden passports”, the Commission found the three Member States allowed wealthy foreign investors and their families to bypass usually stringent conditions for EU citizenship, if they invested significant sums of money in their country. The EU argued that this approach to naturalisation carries “inherent risks, in particular as regards security, money laundering, tax evasion and corruption,” and undermines the concept of Union citizenship.

The 2019 report called for ‘greater transparency’ and ‘good governance’, and concluded by stating that the EU Commission would “monitor wider issues of compliance with EU law raised by the schemes and it will take necessary action, as appropriate.”

It prompted the Greek Cypriot authorities to table amendments allowing citizenship to be revoked for “reasons of public interest” if it is later discovered that individuals have obtained EU citizenship by dubious means, or are convicted of a serious criminal offence after naturalisation.

Officials are keen to fast-track the bill, so it can become law before the summer recess, which starts in late July.

However, according to a report in the Cyprus Mail on Monday, some Greek Cypriot MPs want to extend the scope of the proposed changes to revoke Republic of Cyprus citizenship of any individual who recognises the TRNC, or who holds any office in the North, or is occupying a property formerly owned by a Greek Cypriot refugee.

It’s believed up to one hundred thousand Turkish Cypriots who hold a Republic of Cyprus passport are living in and hold citizenship of the TRNC, which is only recognised by Turkey.

Thousands of these dual citizens also work for the TRNC state, and a significant portion are refugees or the children of refugees who were given Greek Cypriot property in the North by the Turkish Cypriot authorities in exchange for property they had to abandon in South Cyprus due to the decade-long Cyprus Conflict that ran from December 1963 to August 1974.

Many Turkish Cypriots applied for Republic of Cyprus citizenship after the borders between North and South Cyprus opened in April 2003. Some see it as their birth right, while others take a more pragmatic view that due to the political isolation of the TRNC, holding the passport of an internationally recognised state allows easier overseas travel, and opportunities to study and do business abroad.

Cyprus has been governed by two states since the end of the 1974 War. Multiple efforts by the international community to broker a permanent federal settlement in a new unified state have failed.

The island, a former British colony, gained its independence in 1960. The Republic of Cyprus was established as a power-sharing federation between Greek and Turkish Cypriots. However, the numerically larger Greek Cypriot community agitated for full control of the state and mounted a bloody coup in December 1963, forcing out the Turkish Cypriot community. Control of the internationally recognised Republic of Cyprus has remained in Greek Cypriot hands ever since.