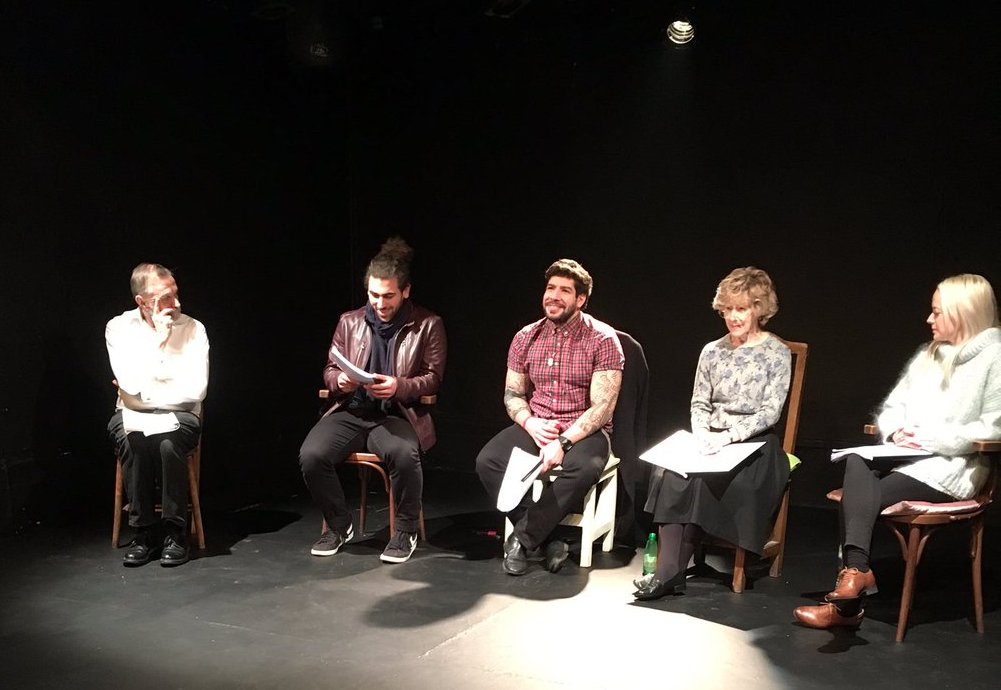 Last month, the award-winning Rosemary Branch Theatre in Islington staged a reading of a new play by Janie Booth. The notes for The Gods are Playing Ninepins had suggested it was a serious drama, but it’s very much a comedy which had me in stitches from the opening lines.

As this was only a reading there is also a narrator on stage, who helps set the scene for the 75-minute play. Yet even without any stage décor, props and movement, The Gods are Playing Ninepins is highly absorbing – and its story timely.

The script is pacy, punchy and full of brilliant observations, including about the world of Turks. At various points in the play the characters remind us about the difference between ‘Turks’ and ‘Turkish Cypriots’, as well as feelings towards Greeks. Even the Fatiha prayer makes an appearance!

The casting was inspired. The narrator, Josie and Charlie are all very experienced actors who have appeared in lots of British film, TV and theatre. Newcomers they may be, but Mazlum and Arman fitted in perfectly.

Ali is really a gentle giant, while Mehmet has the ‘brains’ and is the nastier of the two. They enjoy a great repartee playing off each other. Any fears about typecasting ethnics in ‘baddie’ roles disappear, as another key part of our community values – respecting our elders – also comes to the fore. The inner conflict that Mehmet in particular faces trying to deal with these two conflicting characteristics is hilarious.

The readings were done to celebrate the Rosemary Branch Theatre’s 20th anniversary, which is very local to Janie Booth, herself an actor and playwright.  The fantastic response to the show has encouraged her to seek funding to create proper production of the play. Watch this space!

It was also great to learn that both Turkish Cypriot actors found out about the casting for The Gods are Playing Ninepins through T-VINE’s appeal in January. We caught up with both these rising stars after their performance: here’s what Arman Mantella and Mazlum Kortas had to tell us about themselves.