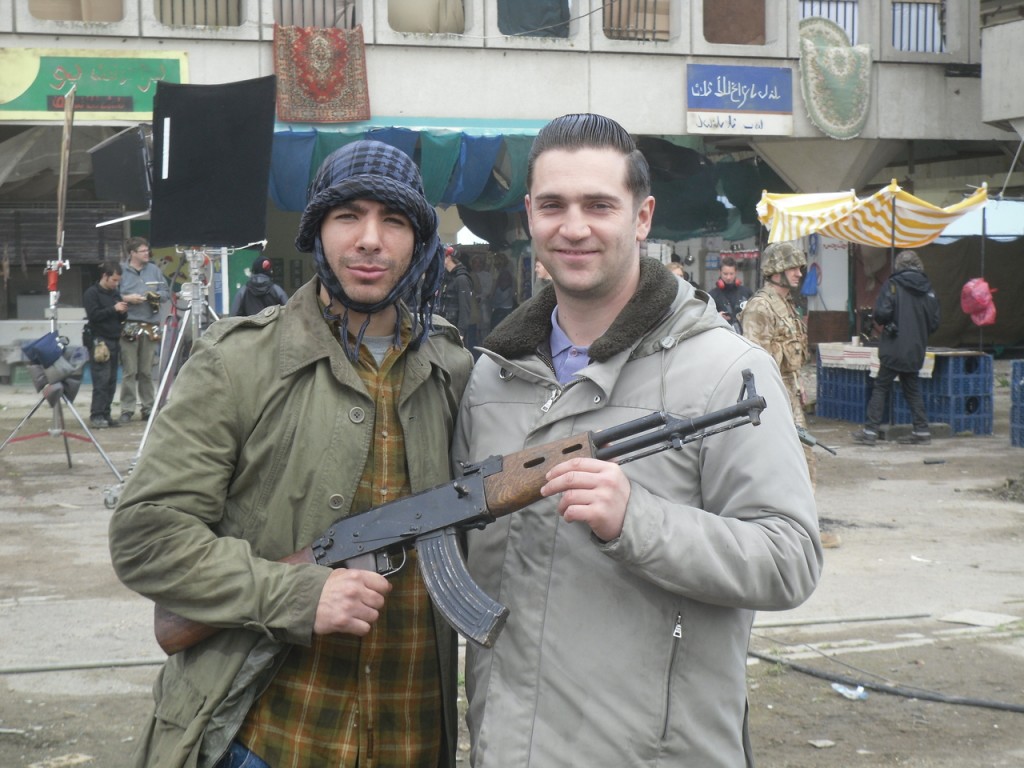 Mazlum Kortas mixes with the celebs and has done stunts for various films. The Gods are Playing Ninepins was his first proper acting job and after the show, he told T-VINE’s İpek Özerim what inspired him to get into this competitive field.

How old are you and where do you live in London?

Do you have any siblings?

I have two brothers. I’m the middle one.

Where in Cyprus is your family from?

Güzelyurt, Cyprus. A few interesting facts about them: my great granddad is a black Nubian. And my dede Mazlum Kortas, who I’m named after, was part of TMT [the Turkish Cypriot self-defence group during the Cyprus conflicts that raged from the 1950s to 1974]. There’s a small road near Anafartalar Sokak called after him.

Tell us about your schooling

I’m a portrait drawer. I help out with three charities. I also run my own Ninjitsu class and can do welding (engineering).

Work wise, I do security and have worked on the Alan Carr and Jonathan Ross’ TV shows. I’ve met a lot of famous people like that. I also do stunts on the side.

How did you get into acting?

I got into acting because my mother Hatice had cancer while I was studying at uni. It was always her dream to be an actress or singer, so I wanted to live her dream. I thought she was going to pass away. My mum and dad are divorced.

I’ve been an extra in various films and I’m also doing stunts. You can see my work in a stunt scene for Red 2 with Bruce Willis and John Malkovich on YouTube. I’ve also done stunt work in Skyfall – James Bond.

How did your debut acting experience come about?

I got the role in [The Gods are Playing] Ninepins through my mates. Three of them saw the [T-VINE] Facebook link and forwarded it to me. Janie loved my small audition and picked me for the main part out of the two Turkish boys even though I’ve never done a reading before.