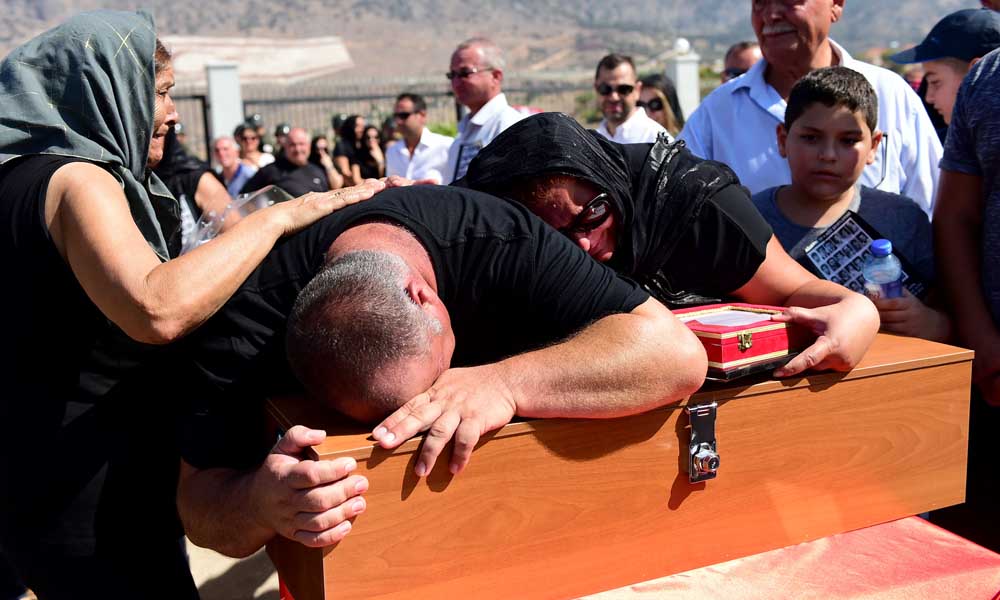 Forty two years and a day after their deaths, 33 Turkish Cypriot men from the village of Tochni (called Taşkent in Turkish) were buried in the Taşkent Martyrs Cemetery during a moving ceremony attended by their relatives, TRNC dignitaries and many members of the public. President Mustafa Akıncı, former President Mehmet Ali Talat, Speaker of the Assembly Sibel Siber and Prime Minister Hüseyin Özgürgün were among those present to pay their respects. 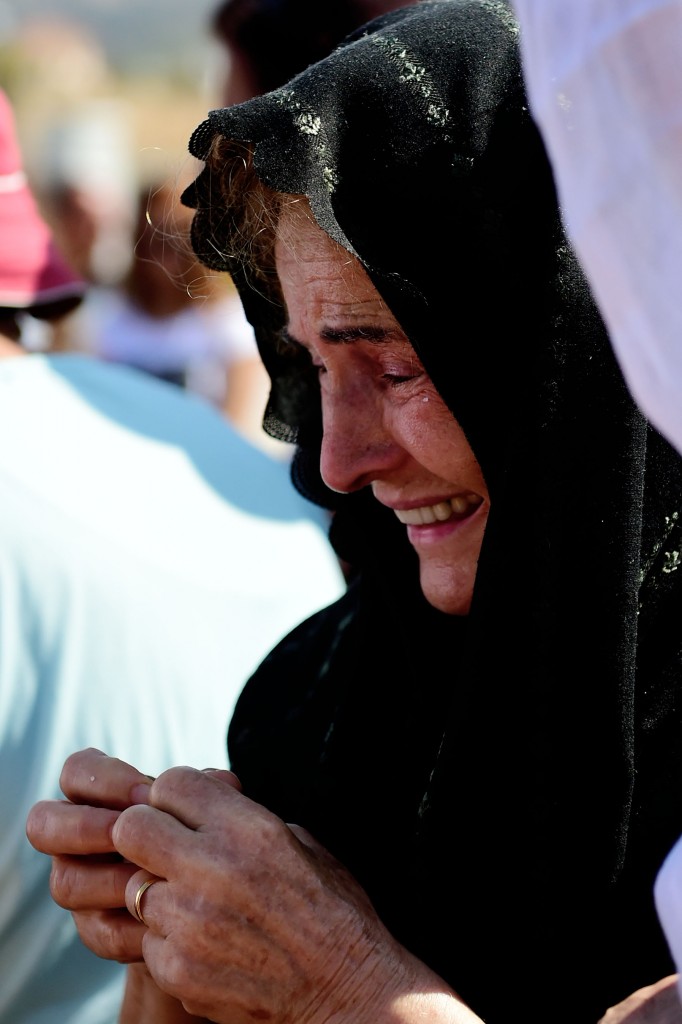 The funeral started with a commemoration service for all 85 victims of the Tochni Massacre, who had been murdered on 14 August 1974 by EOKA-B, a right-wing Greek Cypriot terror group. The men had been seized from their homes in Tochni/Taşkent, Mari/Tatlısu and Zilgi/Terazi villages, located between Larnaca and Limassol, on the pretext they were being taken to a prisoner of war camp in Limassol. Instead they were driven to Palodia and shot.

A single survivor, Tochni’s Suat Hussein Kafadar, escaped and was able to give details about the atrocity. However, the perpetrators moved the bodies from Palodia and the locations remained unknown for over 30 years.

Two years ago, bodies found at a site in Yeresa were buried by their Turkish Cypriot relatives. A further 35 of the remaining 37 missing Tochni villagers were discovered in another site in Parekklissia in 2014. Since then, the UN’s Committee on Missing Persons (CMP) has been working hard to identify the remains.

‘No justice for Tochni victims and their families’ 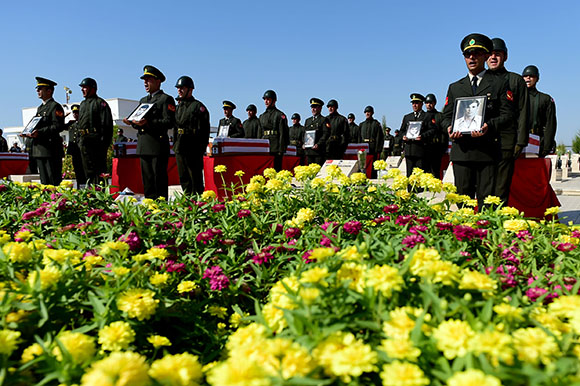 The military carried their coffins to the Taşkent Martyrs Cemetery, located close to Dikmen village in the capital Lefkoşa, where they were laid to rest. President Akıncı and Erdinç Erdağlı, head of the Taşkent Relatives of Missing Persons group, made speeches during the funeral service.

Erdağlı said even with the burial of their loved ones, the manner of their deaths was difficult to accept. Having been murdered in the prime of their lives and to now see them in coffins was “very hard”. He spoke of his deep dismay at the lack of justice for the victims and their families, even though they had tried to pursue a case against those they hold responsible for the murders. However, Erdağlı noted, the European Court of Human Rights had ‘shied away from finding against the Greek Cypriot authorities’.

Akıncı: “whatever their ethnicity, we want all missing persons to be found.”

President Akıncı started by saying how hard it was to express feelings on a day such as this. He empathised with the families of the deceased who finally, after years of waiting to recover the bodies of their loved ones, could give them a decent burial and have a permanent grave where they can mourn them. He extended his condolences to the relatives, friends and nation as a whole.

The Turkish Cypriot leader reiterated his support for the vital work conducted by the CMP and said: “It can be a Turkish Cypriot, a Greek Cypriot, whatever their [ethnic] origin, we want all missing persons to be found. We want everyone to have a proper burial.”

Over a thousand people are still missing following the Cyprus Conflict that ran from December 1963 to August 1974.