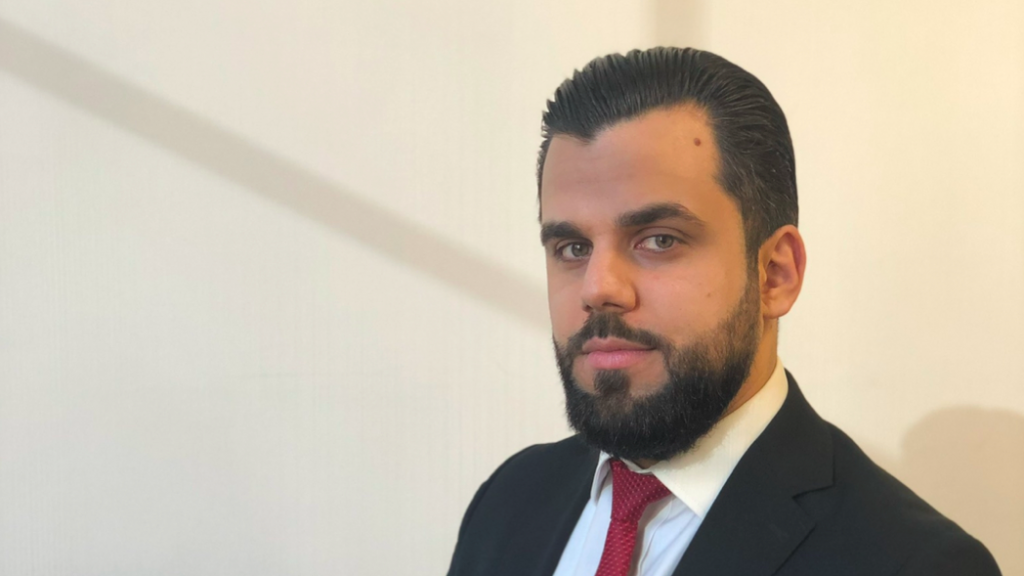 Somewhere on the internet is a graveyard of petitions for direct flights to North Cyprus. They all start with good intentions, and one last year even got a response from the British government, but they all die a premature death without making a material difference.

Kadir Kanizi (pictured top) is responsible for the latest direct flights campaign and the 33-year-old South Londoner is boldly hoping to achieve what no other petition organiser has before: generate sufficient political support to end compulsory touch-downs in Turkey for flights operating between the United Kingdom and the Turkish Republic of North Cyprus.

Success would mean an end to the Greek Cypriot-imposed travel embargoes on North Cyprus that result in longer, more arduous and costlier journeys for those using Ercan Airport. The odds may not be in Kanizi’s favour, but he has certainly caught the zeitgeist.

His direct flights petition was launched on the UK Parliament website on 1 May 2021 – a day after the end of the UN’s informal Cyprus Talks in Geneva that were dominated by TRNC President Ersin Tatar’s 2-state solution.

“When I first started the campaign I knew that I could rely on a large number of people to back this, especially Turkish Cypriots and those who know of the struggle of North Cyprus. However, reaching over 10,000 signatures in one week has been, of course, a pleasant surprise,” Kanizi told T-VINE.

The hedge fund director said he has “never been involved in any sort of campaigning prior to this”, but felt compelled to act after seeing first hand “the struggles people have to face” travelling to and from North Cyprus during his many visits to the country.

Kanizi is particularly concerned about the toll the touch-down has on “the elderly and disabled, who have to disembark and change aircraft in Turkey, which adds at least 2 hours+ to their journey.”

“This may seem like a small issue to many, however it means a lot to the ones who have to go through with it,” he explained.

The coronavirus lockdown has seen many UK Turkish Cypriots like Kanizi pay closer attention to events in their ethnic homeland of North Cyprus, with many becoming increasingly vocal about the systemic discrimination Turkish Cypriots face due to the non-recognition of the TRNC.

Kale, whose recent work as one half of the investigative duo that exposed serious allegations of sexual harassment by actor Noel Clarke made national headlines, delved deep into her Turkish Cypriot roots and experiences of life in the internationally isolated North Cyprus for the Vice feature about Yasmin Khan’s new Eastern Mediterranean cookbook Ripe Figs.

Kale opened with the line: “It is painful to come from a country that no one recognises as legitimate,” describing how a sub-editor made her scrub out references to the TRNC in another article.

“Turkey says my country exists, sure. But who listens to Turkey? To fly into northern Cyprus, you have to go via Ankara or Istanbul. The plane waits on the tarmac in Turkey, before taking off. When it lands, everyone claps. Clearly, not a serious country.

“All of this is to say that my country is not real. My country does not exist,” Kale wrote further down.

One man determined to change this is Ersin Tatar. Elected as TRNC President last October on a new mandate, the Turkish Cypriot leader threw down the gauntlet for a 2-state solution in Geneva.

The Turkish Cypriot leader believes the best chance of achieving a permanent and sustainable settlement of the decades-old Cyprus dispute is to base the solution on current realities, as opposed to the tried and failed efforts to form a new power-sharing federation – a formula repeatedly rejected by the Greek Cypriot side.

Two fully functioning states already exist in Cyprus, one with a distinct Turkish identity and the other that is Greek. What they lack is mutual recognition and co-operation, which would pave the way to normalising relations between the two neighbouring states.

Tatar’s 2-state vision garnered significant international media interest during the informal talks, and is also widely supported by the Turkish Cypriot diaspora, including the estimated 300,000 strong community in Britain.

Many Turkish Cypriots believe with the UK now out of the European Union, the British government will have a freer hand over its foreign policy, which could result in a more even-handed approach to North Cyprus.

Historically the UK has been closer to the Greek Cypriots, preferring to uphold their demands even when it violates the fundamental rights of Turkish Cypriots.

Britain granted independence to Cyprus in 1960, handing over control of the island jointly to Turkish Cypriots and Greek Cypriots in a power-sharing agreement that established the Republic of Cyprus. Just three years later, Turkish Cypriots were forced out of the Cypriot government at gunpoint for failing to accept minority status, and the two sides have had their own separate administrations ever since. The UK and the rest of the world, however, have chosen to only recognise the Greek Cypriots.

One reason Britain remains so close to the Greek Cypriots is to protect its two sovereign bases, which are located in the southern part of the island. Given that most of the land Akrotiri is situated on and a substantial portion of Dhekelia are Turkish owned, that relationship could well change as Turkish Cypriot landowners start asserting their rights more vigorously following the UK’s decision to allow non-military development on the bases.

It remains to be seen whether, in the post-Brexit ‘Global Britain’ era, the UK moves beyond its outdated positions on Cyprus.

An early indication may well come in the official response to Kanizi’s petition: having hit the 10,000 mark, the government is obliged to reply to his appeal to “authorise direct flights to North Cyprus”.

The government’s response to last year’s petition claimed it couldn’t permit direct flights to North Cyprus because it would be “unlawful” to do so. They pointed to the fact that like “the rest of the international community, the UK does not recognise the self-declared ‘Turkish Republic of Northern Cyprus’ as an independent state.”

Even though the UK knows full well South Cyprus has no control over the territory north of the Green Line border, it still views the Greek Cypriot-controlled Republic of Cyprus “as the sovereign authority for the island of Cyprus.”

This, it argues, means “the UK Government cannot negotiate an Air Services Agreement with the administration in the north of Cyprus.”

Another obstacle facing Kanizi and other campaigners is a 2009 High Court judgment, upheld by the Court of Appeal in 2010, which ruled against direct flights to Ercan Airport, stating this would breach the UK’s “international legal obligations”.

The reasons for not allowing direct flights seem to ring hollow given that multiple airlines headquartered in Turkey, along with internationally owned chartered aircraft and private jets all regularly fly to Ercan Airport without any legal or political penalties.

The issue is weighted in political, not legal, considerations, a point former Foreign Secretary Jack Straw made on a recent BTCA webinar about the future of Cyprus.

Mr Straw described his efforts after the 2004 Annan Plan referendum to end the isolation of Turkish Cypriots:

“The Foreign Office lawyers were piling me in with all sorts of treaty obligations but we could even have done it in that stage. It [direct flights to North Cyprus] wouldn’t have broken any European Union obligation.”

For now, it is up to the “Republic of Cyprus” to designate Ercan Airport “open for international traffic”. As the Greek Cypriots haven’t informed the International Civil Aviation Organisation that is the case, the UK could well claim it is not in a position to change its stance either.

Not dissimilar to President Tatar in Geneva, Kanizi brushes aside the potential for failure, remaining upbeat about the chances of a breakthrough with the current campaign:

“Whilst last time was a negative response from the government, I strongly believe with the right backing and the right people behind the petition, we can achieve impressive results.”

His quest will surely be aided by the latest injustice Turkish Cypriots face as a result of a lack of direct flights.

On the day Kanizi’s petition hit the 10K milestone, British Turkish Cypriots and expats in North Cyprus discovered those traveling to the UK from 12 May onwards face compulsory hotel quarantine when they arrive in Britain after Turkey was added to the UK’s Covid red list.

Transport Secretary Grant Shapps’ announcement not only applies to passengers from Turkey, but also those transiting through – including those travelling from Ercan Airport. All ‘arrivals from Turkey’ must stay in a government-approved hotel for 11 nights, costing an eye-watering £1,750 per person.

The measure is especially harsh for North Cyprus considering it was the first country in the world to flatten its coronavirus curve and has continued to effectively manage the pandemic, suffering just 33 Covid fatalities since March 2020.

The unfairness of the situation is already driving many more British Turkish Cypriots to act over the ban on direct flights. Community activists have started to organise a new complementary campaign to inform MPs about the issue, and youth-run social media accounts, such as North Cyprus Exists and Young Turkish Cypriots, are a hive of activity with thousands contributing to the issue.

Kanizi too is keen to continue getting more support for the online petition: “The ultimate target is of course to surpass 100,000 signatures in order to have a chance for a debate in parliament”.

Confidently optimistic that this campaign will end in success, where dozens of others have failed, Kanizi shares a story from America’s wild west in the days of the gold rush, as a reminder of why Turkish Cypriots shouldn’t give up:

“It’s similar to the story of R. U. Darby, where he stopped drilling for gold and sold his equipment to the junk store, only for the gold vein to be found just three feet away from where Darby had been drilling.”

Allow for direct flights to Northern Cyprus from the UK. Ercan Airport (LCEN) currently serves as the primary hub for north Cyprus. Whilst the south benefits from direct flights the north can only offer flights with 1 to 2 stops.

For over 40 years people travelling to North Cyprus have had to put up with disembarking in Turkey and changing planes. North Cyprus has been independent since 1983 and it hasn’t changed. Not flying direct affects people in the UK wishing to travel there. Pressure from countries involved shouldn’t be reasons why we cannot have direct flights to the TRNC. Regarding the Cyprus issue the North has done everything possible to come to a solution however they haven’t been rewarded. Now is the time.