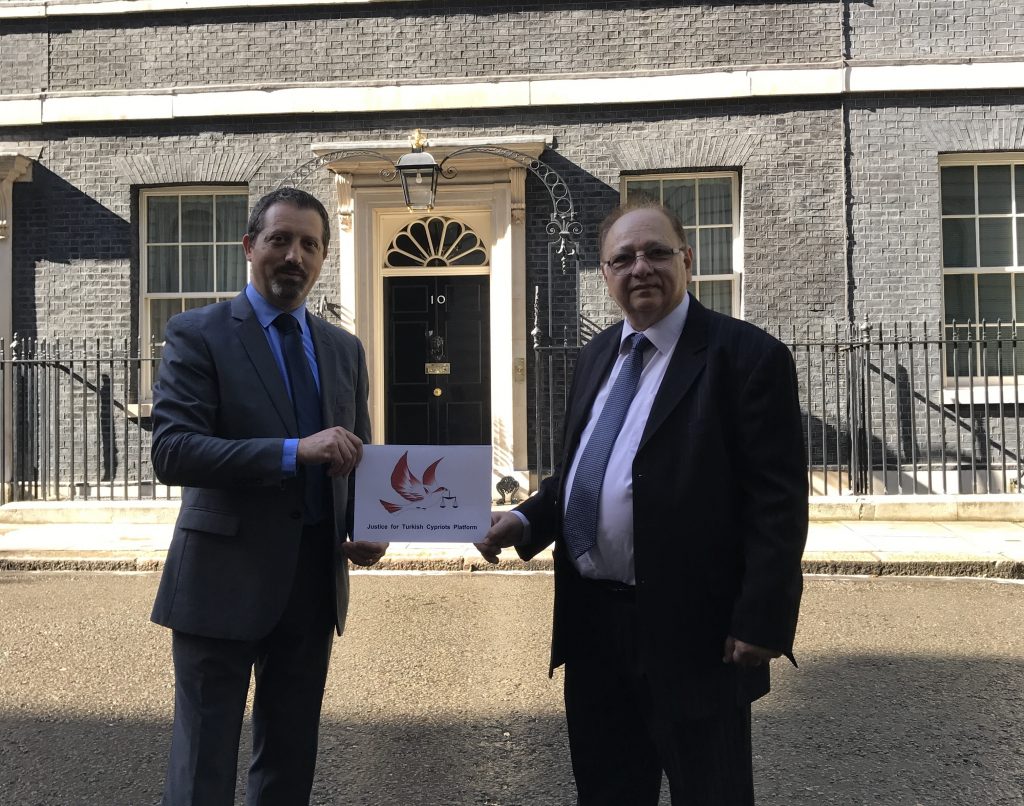 Turkish Cypriots from around the world have been galvanised into action following the collapse of the Cyprus Talks in Geneva earlier this month.

On Thursday, a delegation of British Turkish Cypriots delivered a letter to 10 Downing Street urging Theresa May’s government to “unconditionally end the continued isolation of the Turkish Cypriot People”.

Taking their cue from the failed Cyprus Conference that ended in Crans Montana, Geneva, on 7 July, the members of Justice for Turkish Cypriots Platform open their letter by announcing that they no longer support the long-established UN parameters for a bi-communal, bi-zonal federation:

“Following the recent collapse of the UN brokered talks at Crans–Montana, the Turkish Cypriot People belonging to this platform have decided that they will no longer continue to support the open-ended and un-productive negotiations within the constraints of the set UN parameters which have been on-going since 1968.”

They go on to state that the Platform “will not support a settlement at any cost” and that, “The failure of these talks under the UN parameters has confirmed that a new direct action should be formulated in terms of an alternative plan, namely a two-state solution guaranteed within EU primary law.”

The letter calls on “Her Majesty’s Government to ensure just and equal treatment and we underline the equal treatment for both Cypriot Peoples”, noting that, “Over three generations of Turkish Cypriots have been living in limbo, resulting in their mass migration from Cyprus; this must now come to an end.”

“Enough is Enough – end the isolation of the Turkish Cypriot people”

On 21st July, a similar letter addressed to UN Secretary General Antonio Guterres was handed in to the UN forces located in the Buffer Zone in Nicosia, Cyprus, by ATCA (Association of Turkish Cypriots Abroad) and British Residents Society, which are also members of the new Justice platform. 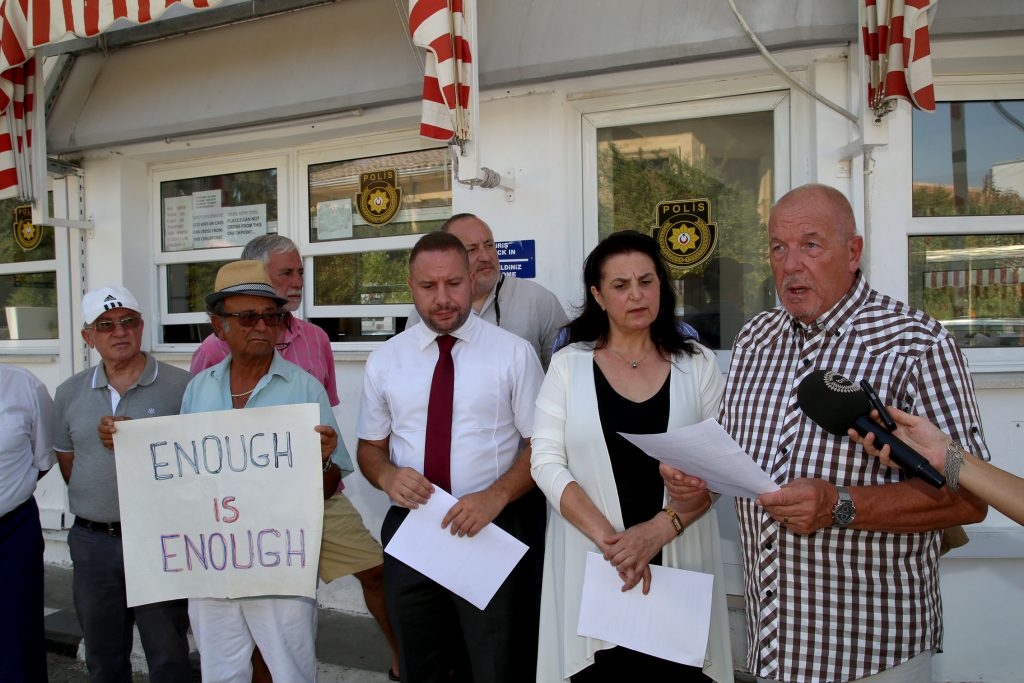 The letter, signed by ATCA TRNC Representative Kerem Hasan, notes the difficulties Turkish Cypriots face while the international community denies their “political equality and human rights”, and that “restrictions continue to be imposed against them.”

Separately, a petition has been launched calling on the UN and EU member states to end the international isolation of North Cyprus. It was created by Soner Kioufi, a British-born Turkish Cypriot and author of The Green Line, Holiday in a Warzone, Cyprus 1974, which details his first trip to the island as an 8-year-old. A week into his holiday, war broke out on the island, which led to its subsequent division.

While the bloodshed between the two communities ended in 1974 following Turkey’s intervention to thwart a Greece-backed coup, a permanent peace has yet to materialise. The international community remains wedded to the idea of a unified island and shared government, but to date no formula has been found to accommodate the vastly different vision the two sides have for a federal Cyprus. 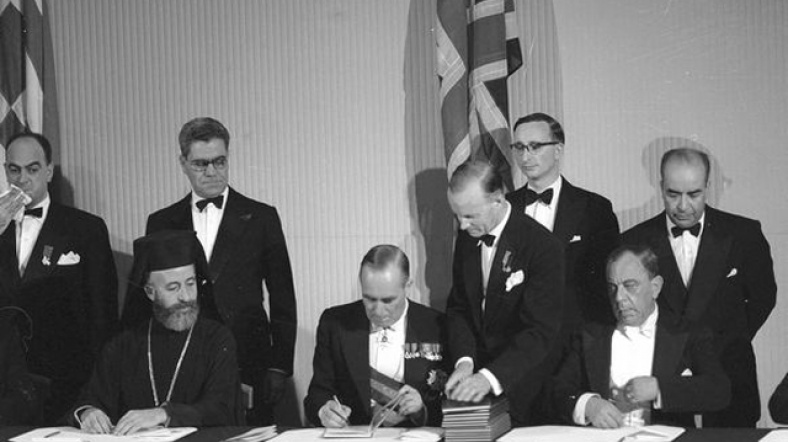 Archbishop Makarios (left), Dr Fazıl Küçük (right), and Sir Hugh Foot (centre) for the UK, signing the Treaty of the Establishment of the Republic of Cyprus in 1960

Cyprus gained independence from Britain in 1960. The UK, Turkey and Greece signed an agreement to act as Guarantors that would safeguard the rights and security of the two founding partners of the new state, the Greek Cypriots and Turkish Cypriots.

Three years later, the numerically larger Greek Cypriot community staged a coup that forced Turkish Cypriots out of the Cypriot Government. This power-grab in late December 1963 was dubbed “Bloody Christmas”, resulting in the deaths of dozens of Turkish Cypriots, while thousands were displaced.

Although Greek and Turkish Cypriots enjoy political equality under the Republic of Cyprus Constitution, a badly-worded 1964 UN-resolution attempting to intervene to end the crisis on the island inadvertently described the Greek Cypriots as the “Government of Cyprus”. UN Resolution 186 has been used ever since by Greek Cypriots to deprive Turkish Cypriots of their inherent political rights and condemn them to a life under embargoes at the insistence of their former partners, who remain the sole recognised authority on the island.