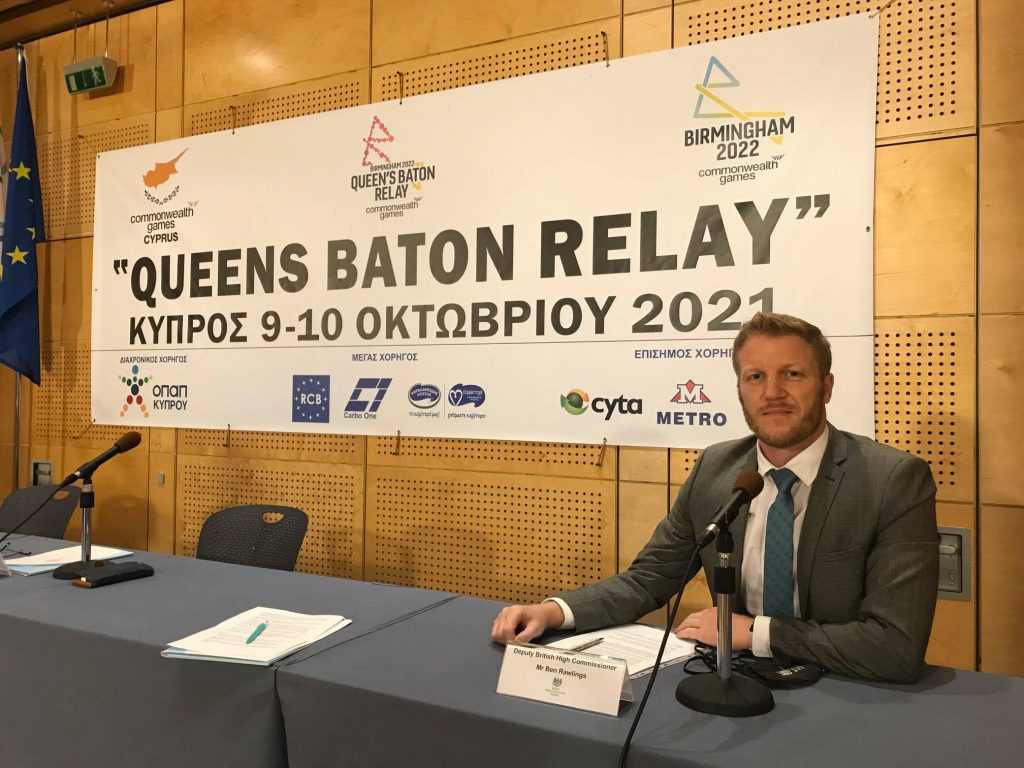 Community leaders and British Turkish Cypriot politicians have hit out at the British High Commission in Nicosia for failing to include Turkish Cypriots in the Queen’s Baton Relay, which will be touring southern Cyprus this weekend to promote the 2022 Commonwealth Games in Birmingham.

Baroness Meral Hussein-Ece, Councillor Kay Isa, and Ayşe Osman, President of the Council of Turkish Cypriot Associations UK (CTCA), were among those who accused the embassy of “blatant discrimination” and “bias” after Turkish Cypriots, North Cyprus and the Turkish language were omitted for the Cyprus leg of the Relay – the Commonwealth Games’ equivalent of the Olympic Flame and Torch Relay.

Dr. Nazım Burgul, a member of the Olympic Committee for the Turkish Republic of North Cyprus (TRNC), confirmed to T-VINE that the British High Commission had not contacted them about Turkish Cypriots about participating in any way.

“It’s really disappointing that yet again Turkish Cypriots are excluded. We have world class athletes in many sports, from running to cycling and swimming. Any of them would have readily participated if they have been invited or we had been asked to help,” said Dr. Burgul, who is also a sports lecturer at Near East University.

Cyprus is the first stop for the Baton in a 9-month tour of 72 countries and territories to help promote the next Commonwealth Games, which takes place in Birmingham, UK, from 28 July to 8 August 2022.

Details about the Queen’s Baton Relay on the official website for the Games states that, “The Baton will travel for 294  days, connecting communities in every corner of the Commonwealth, embracing unique  cultures and sharing stories. This collective journey will ignite hope ,  solidarity  and collaboration for the next generation, with these stories leaving us all inspired  to take on the challenges that matter most to us.”

The words will ring hollow for Turkish Cypriots in the north of Cyprus, who yet again find themselves frozen out of a cultural and sporting event that they would rightly expect to feature in having lived and served under British colonial rule.

The UK is not only the host of next year’s Commonwealth Games, it is also a Guarantor Power in Cyprus, and has a legally requirement to treat both Greek and Turkish Cypriots equally. The UK also carries the added political commitment of ending the international isolation of Turkish Cypriots and their homeland of North Cyprus. The pledge was first made by the Tony Blair government in 2004 after Turkish Cypriots voted in favour of unifying Cyprus in the  Annan Plan referendum that was overwhelming rejected by Greek Cypriots.

After Tony Blair stepped down as Prime Minister, no significant steps were taken to realise the promises made to Turkish Cypriots, with UK policies often travelling in the opposite direction, and enforcing their isolation. One recent example is the UK policy of disembarkation, which was imposed on passengers travelling from Ercan Airport to Britain in June 2017. It means they need to leave the aircraft when it touches down in Turkey and go through a fresh security screening.

The deliberate omission of Turkish Cypriots from the promotional tour of the Birmingham Games came to light on Wednesday after the British High Commission posted pictures of Deputy High Commissioner Ben Rawlings and members of the Greek Cypriot Olympic Committee at the launch event for the Queen’s Baton Relay.

The post, which read, “Today, [UK flag icon] Deputy High Commissioner, Ben Rawlings, joined Cyprus Olympic Committee / #Commonwealth Games Association for the press launch of the Queen’s Baton Relay, which is heading to #Cyprus this weekend! #UKCYties #Commonwealth. Follow us here as we travel with the #QBR2022 as it journeys around the sites of Cyprus, before sending it on its way to Birmingham 2022”, drew the ire of Turkish Cypriots.

Follow us as we travel with the #QBR2022 before sending it on its way to @birminghamcg22 🇬🇧 pic.twitter.com/Xqlyu3PoM6

Baroness Hussein-Ece, the most senior British politician of Turkish Cypriot descent, wrote under the post on Twitter: “Disappointed that Turkish Cypriots are excluded. Also Turkish is one of the official languages of the Republic of Cyprus. Why isn’t it included on your posters?”

East London councillor Kay Isa tweeted, “It’s very disappointing, the injustice still carries on for the Turkish Cypriots. Why is the UK Government discriminating against the Turkish Cypriots who are one of the founding members and Legal Partners of the Republic of Cyprus”?

“Oh dear @trussliz @FCDOGovUK @StephenLillieUK your team appear to have overlooked Turkish Cypriots in this significant commonwealth event. How very embarrassing. As guarantor to the treaties that purport to protect ALL people of Cyprus this is a shocking oversight. 0/10. 👎🏽👎🏽👎🏽👎🏽” 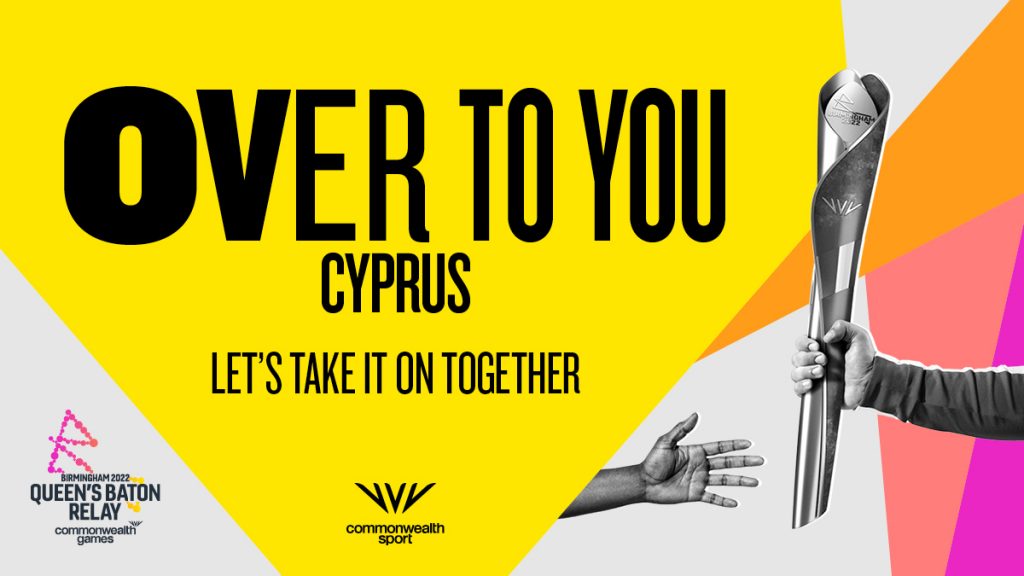 The Greek Cypriot Olympic Committee confirmed in a post on its Facebook page where the Queen’s Baton Relay will be travelling in Cyprus on its Facebook page. On Saturday the Relay visits landmarks in Limassol and Paphos, and on Sunday it will be in southern Nicosia, Larnaca, and southern Famagusta.

“Among those carrying the torch will be British High Commissioner Stephen Lillie, President of KOE Georgios Chrysostomou, representatives of KOE Sponsors, and dozens of Cypriot athletes who participated in the Olympics and Commonwealth Games,” the Committee said.

Despite repeated requests from T-VINE to the Foreign and Commonwealth Office, no comment was forthcoming on why Turkish Cypriots and the Turkish language were omitted from the Queen’s Baton Relay and posters promoting the event in Cyprus.