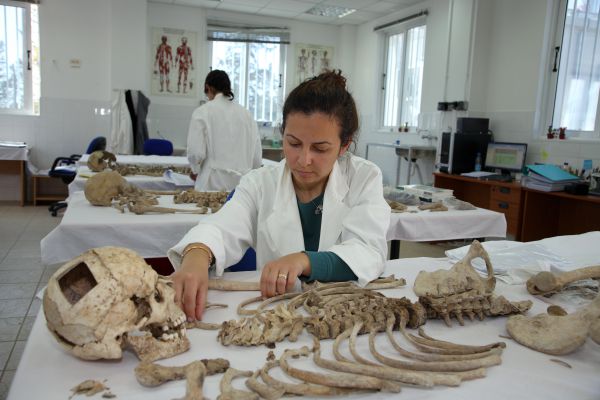 A small delegation from the Committee on Missing Persons in Cyprus (CMP) will visit the British capital in mid-March in the hope of discovering new information about the fate of people reported missing during the Cyprus Conflict.

Representatives of the CMP will be in London for five days, from Monday 18 March, hoping to meet with members of the Greek Cypriot and Turkish Cypriot communities who may have important information of those missing.

Anyone who wishes to meet with the delegation, which includes fluent Greek, Turkish and English speakers, can email mine_cmp@yahoo.com in advance to set up a meeting.

As the CMP states on its website,“Most Cypriot families have been directly or indirectly affected [by missing persons] and it is hoped that the healing of old wounds will in turn favour the overall process of reconciliation between both communities.”

All information passed on to the CMP will be treated in confidence.

Backed by the two Cypriot leaders and the United Nations, the CMP was first formed in 1981 to look for the island’s missing persons.

Its sole objective is to recover the remains of the deceased, identify, and return these to their families, so they can finally arrange a proper burial for their loved ones and end years of anguish and uncertainty.

Relying on information from the public, the bi-communal body have excavated some 1,254 sites across the island, finding human remains at 1,200 of these. Each site is carefully searched and where found, the remains exhumed and brought to the laboratory for testing.

Families of the missing have provided DNA samples to help identify those found.

The CMP reached an important milestone in July 2007, when it began returning the first remains of Greek Cypriot and Turkish Cypriot individuals to their families.

Since then the remains of 681 Greek Cypriots and 246 Turkish Cypriots have been found and returned to their families, while hundreds more await identification.

Members of both communities work for the CMP at all levels, including young Cypriot scientists doing painstaking work in its laboratories. Their work is funded by multiple donors including China, Ireland, the USA, Turkey, Greece and South Cyprus.

To date, the single biggest donor by a significant margin has been the European Union, which has provided over €25 million to the CMP.