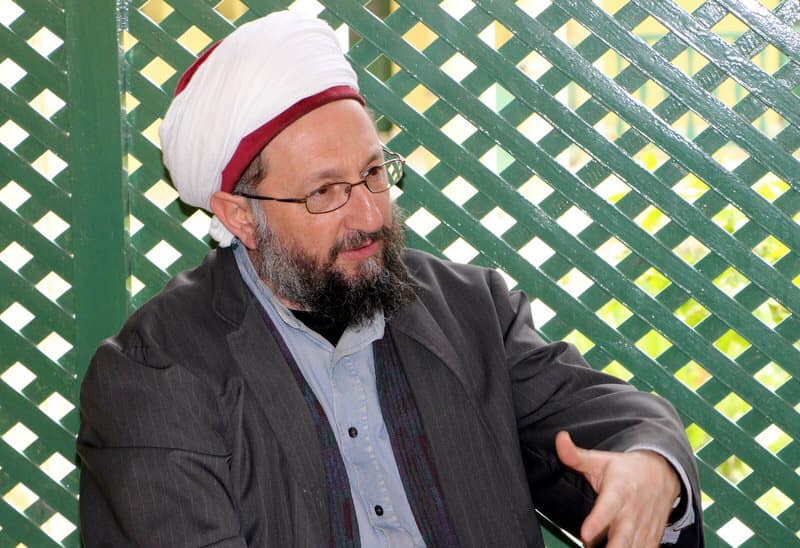 Şakir Alemdar, the Imam of Hala Sultan Tekke – one of the Islamic world’s holiest sites – has issued a short video clip in English urging Muslims to stay at home for Ramadan, which this year starts on Thursday evening, 23 April.

Posting on his personal Facebook page, Imam Alemdar reflected on the changes Muslims must navigate this Ramadan (known in Turkish as ‘ramazan’) due to the coronavirus pandemic:

“This is the most important time for us, but unfortunately because of this [corona]virus situation, global pandemic, this has affected our lives as well.”

The Turkish Cypriot imam reminded Muslims of the importance of, “Keeping away from congregations, keeping away from mixing with each other, and avoiding travelling” to prevent contagion.

Imam Alemdar stated that such behaviour is consistent with the teachings of the Prophet Muhammad over fourteen hundred years ago. The Holy Prophet’s guidelines for deadly infections included travel bans, quarantine, and social distancing. These, the Imam said, concur with the instructions of the “government authorities.”

The Turkish Cypriot imam, who is responsible for Muslims and Islamic sites in South Cyprus, advised everyone to “keep at your homes, keep your fast, open your fast at home”, and to, “do your prayers at home, [and] especially don’t forget your Tarawih prayers.”

Tarawih prayers are usually performed at night in mosques during Ramadan, but due to congregations being banned to contain the pandemic, Muslims must pray in isolation at home.

The Imam said, “Insallah, we pray and hope that before the end of Ramadan this situation will be better.”

He also asked everyone to “pray for humanity, so humanity recovers from this pandemic soon.”

He ended his message by stating that, “hopefully we will meet each other soon, and may Allah keep you.”

About Şakir Alemdar, the Imam of Hala Sultan Tekke

He lived for a time in London, before moving back to Cyprus with his family in 2008. He chose to reside in the Greek Cypriot South, where he has made it his life’s work to restore services to Hala Sultan Tekke and other abandoned mosques.

Imam Alemdar is the representative of the Mufti of Cyprus, who is based in North Cyprus, and acts as the custodian of Islamic sites in the southern part of the island.

In an interview with international news agency AFP earlier this month, Imam Alemdar said of the hundred plus mosques located in South Cyprus, today “only eight are operational and [Islamic religious authorities] are only administering half of them because of political issues.”

He also claimed that for Hala Sultan Tekke to be under the control of the Republic of Cyprus’ Antiquities Department is ‘an infringement on religious freedoms guaranteed by the European Union’.

Prior to the COVID-19 pandemic, the holy site was only open for two of the five daily prayer times. However, the Greek Cypriot authorities have in past years given special dispensation for Hala Sultan Tekke to be open at night during the holy month of Ramadan.

The feisty imam most recently took on the Greek Cypriot authorities over plans to turn the Evkaf (Cyprus Islamic Trust) owned Zuhuri Mosque complex, which dates back to 1860, into an entertainment site. The Larnaca Municipality had asked for tenders for redevelopment of the sacred space into restaurants, cafés and bars.

An outcry ensued after the Imam posted on Facebook in January details of the council’s planned takeover of the site.

An international campaign was quickly launched, calling for the protection of the Zuhuri Mosque Complex. The municipality’s plans were described as “unethical, disrespectful and insulting to Muslim Turkish Cypriot heritage on the island of Cyprus”.

The redevelopment project was subsequently shelved, after Mayor Andreas Vyras met with Imam Alemdar and agreed to preserve the historic site by ensuring any redevelopment plans would ‘respect the Islamic character of the compound.’