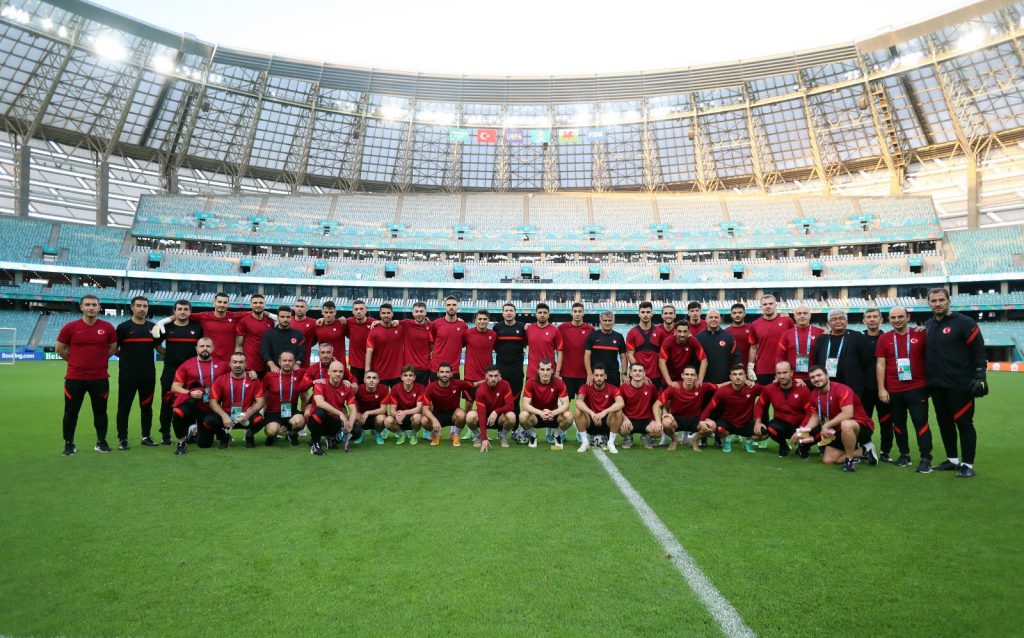 Turkey will be aiming to put the disappointment of their defeat in their opening game against Italy behind them when they face Wales in Baku, Azerbaijan, on Wednesday night.

The Turkish side had no answers to the press of the Italians on Friday, who deservedly won 3-0 in Rome, leaving the Turks rooted to the foot of Group A.

Tonight Turkey faces Wales, who drew 1-1 with Switzerland in the other Group A match. It’s a game the Turks must win in order to keep alive their chances of qualifying to the next round of the Euro 2020 tournament.

Hundreds of Welsh fans have made the trip to Azerbaijan to watch their team play, but they are likely to be vastly outnumbered in the a ‘home from home’ affair for Turkey.

With relations between the two Turkic nations at an all-time high, Şenol Güneş’s side will not only be cheered on by Turkish fans in the Baku Olympic Stadium, but also their Azeri hosts.

Kick-off for Wednesday’s game is at 5pm UK time, with live coverage of the game on the BBC.