From Gezi to rakı, music, politics and more: Sean Bw Parker’s ‘Salt in the Milk – Ten Years in Istanbul’ 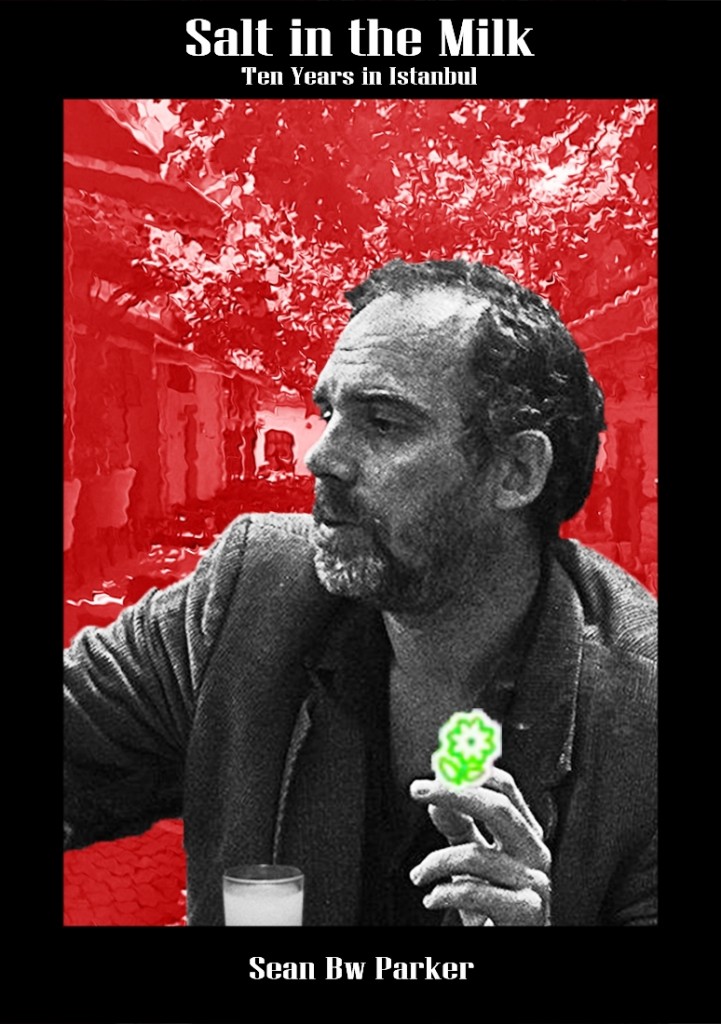 Those who’ve run into Sean Bw Parker will know he’s never shy about stating his mind. Having spent a decade in Istanbul (2004-2014), the British-born writer and musician has witnessed first-hand the huge political, economic and social transformation of Turkey, inspiring him to pen Salt in the Milk – Ten Years in Istanbul. Part factual, part fictional, it captures the zeitgeist of one of the world’s greatest cities.

Parker’s incisive views on the country sit alongside autobiographical tales and highly entertaining reviews and interviews (both real and imagined) with a host of cool cultural figures, from David Bowie, to Throwing Muses’ Kristin Hersh, Morrissey’s songwriting partner Boz Boorer, comedy writer extraordinaire David Stubbs, and the ‘Terror of Fleet St’ herself, Julie Burchill. It is, as Parker says, “A strange ride between Europe and Asia, through the prism of Recep Tayyip Erdogan and the AKP’s cultural revolution.”

You can virtually hear and taste Istanbul from the book’s opening scene with its call to prayer and işkembe çorbası (sheep intestine) soup, as fictional aristocrat Anthony H. Wolfstadt recounts through an alcoholic haze about life in the city and his murky expat dealings. And so begins Parker’s witty, acerbic and engaging collection of essays: a mad mix of music, politics and culture that encompasses his views on the Gezi riots and the role of women in Turkish society, through to live music reviews of the great and the good that perform in Istanbul, among them Dr John, The Pixies, and Tori Amos. It makes for a fascinating journey about this unique country, which ends with Parker reflecting upon ‘rakı and ruin’.

In Parker’s newly released follow-up book, Genuflecting Before the Pork-Barrel Demagogues, we pick up on the adventures of the shady Anthony H. Wolfstadt, newly deported back to Britain after outstaying his welcome in Turkey by a decade. He tries to leave his alcoholic, ex-colonial ways behind and to readjust to a culture he was never really a part of in the first place. Still recovering from the political hangover of an increasingly Islamified Turkey, Wolfstadt discovers that things are not much better in the surveillance society of the familiar yet strange homeland that he has been thrust back into.

Two very interesting reads, download or purchase them as a paperback from Amazon or Createspace. createspace.com

Born in Exeter in 1975, Sean Bw Parker now resides in Chichester having spent a decade in Istanbul, where he pursued his twin loves of music and writing. The singer-songwriter and guitarist formed a number of bands whilst in Turkey, his best known being indie rock outfit Scorpio Rising, and worked with diverse artists such as experimental musician Ettuspadix. He has also appeared on stage alongside the likes of Ed Harcourt, John Robb’s The Membranes and Turkish art rock band Replikas in Turkey’s notable music venues and festivals.

To date he has released six albums and through his Seraglio Point Productions label many more for artists such as Mikey Georgeson (The Vessel from David Devant and His Spirit Wife), The Steve Dior Band and Metamono.

A prolific writer, Parker’s articles have been published in Cosmopolitan, Time Out, NME.com, USA Today, and the Multicultural Guide. He is also regular contributor for Louder Than War.

A stammerer himself, Parker presented a TED talk at Istanbul’s Kadir Has University titled ‘Stammering and Creativity’, one of the most watched internet videos on the subject.

He has his own entry in Ekşi Sözlük (‘Sour Dictionary’) – one of Turkey’s largest online communities where users add their descriptions and views on topical issues, high-profile people, places, and events. Comments include about Parker’s “entertaining English classes”, and how, as a well-known [Istanbul] personality, he is always among the first to come to mind when sending out event invites via Facebook.