Giveaway: win a pair of tickets to The Psychedelic World of Barış Manço 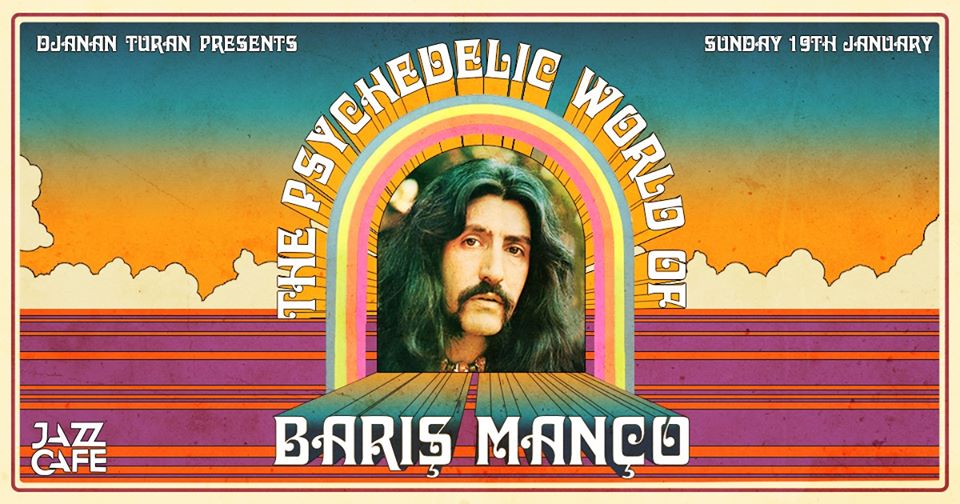 Barış Manço is one of the Godfathers of the Anadolu Rock sound and a national treasure in his native Turkey. He passed away in 1999, but the star and his music remain as popular as ever.

Last year’s London tribute, led by musical chanteuse Djanan Turan on the twentieth anniversary of his passing, was an epic night at the Jazz Café. So much so that Djanan and a band of musical virtuosos are performing another tribute night for 2020, allowing fans to step back in time and enjoy some of Barış Manço’s greatest hits like Dağlar Dağlar, Gül Pembe, and Nick the Chopper.

T-VINE is giving away a pair of tickets to the tribute concert at Camden’s legendary Jazz Café this weekend, Sunday 19 January.

To be entered into a prize draw to win a pair of tickets to this gig, simply tell us your all-time favourite Barış Manço song.

The names of entrants received by the deadline will be put into a hat and the first one out will receive a pair of tickets.

The giveaway is free to enter and runs for just over 24 hours, until midday on Friday 17 January 2020.

T-VINE Magazine is giving away one pair of tickets to The Psychedelic World of Barış Manço tribute concert in London on 19 January 2020. Correct entries will be entered into a free prize draw and the winner notified within 16 hours of the competition closing.

The deadline for your competition entry is midday (UK time) Friday 17 January 2019. We will make the draw that afternoon and announce the winner on the same day.

There is one prize on offer, comprising a pair of tickets to The Psychedelic World of Barış Manço  tribute concert in Camden on Sunday 19 January 2020.