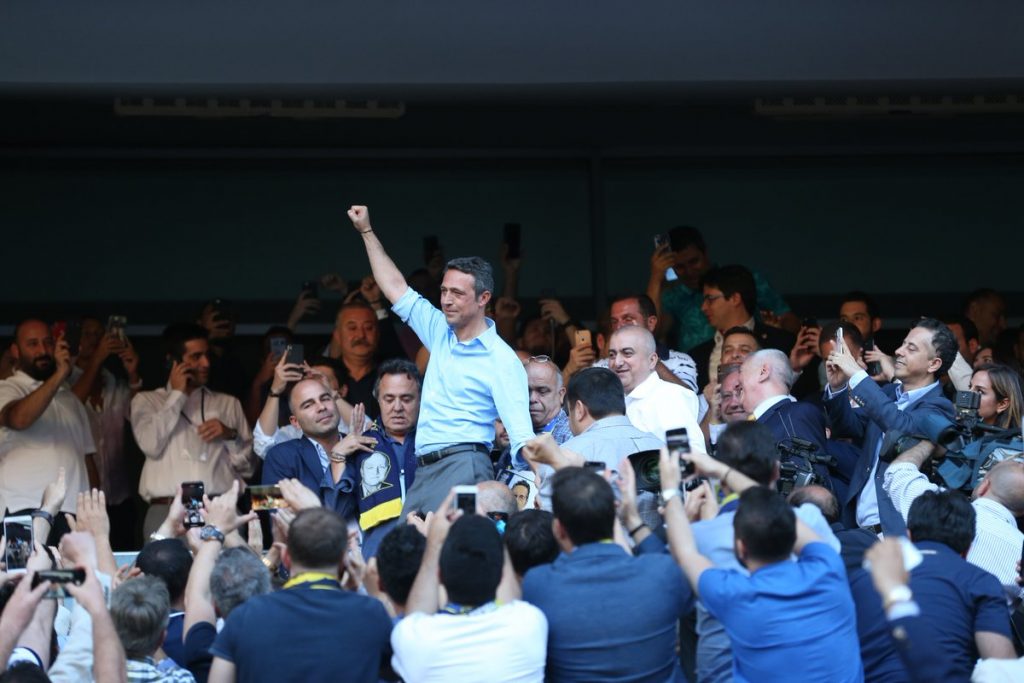 One of Turkey’s wealthiest businessmen has been elected the new chairman of footballing giant Fenerbahçe. Ali Koç, who is part of the Koç dynasty, beat incumbent Aziz Yıldırım convincingly in a ballot of members at the Istanbul club yesterday.

Yıldırım, who had been the head of Fenerbahçe since 1998, received just 4,644 votes compared to 16,092 for Koç. The vote concluded the club’s Annual General Meeting at its Ülker Stadium, located on the Asian side of the city.

The two-day members only gathering became a tense affair as tribal loyalties came to the fore. On Saturday, which was allocated to general reporting and discussions about the club, Koç was prevented from speaking by the unsportsmanlike behaviour of Yıldırım’s supporters. On Sunday, the attention switched to the election of the chairman and club board. Both candidates for chair accused the other of lying and promised to fix the club’s recent lack of footballing success.

During Yıldırım’s two-decade tenure in charge of the club, Fenerbahçe won the Turkish Super League title six times and acquitted themselves well on the European stage, reaching the quarter-final stages of the Champions League in 2008, and losing to Benfica in the semi-finals of the UEFA Europa League in 2013. However, success has been harder to come by of late, with their last domestic title back in 2014, while arch rivals Beşiktaş and Galatasaray have been triumphant.

The multi-sports behemoth has fared better in basketball, with both Fenerbahçe’s men’s and women’s sides winning multiple league titles. In 2017, its men’s basketball team was also crowned Euroleague champions – the first Turkish side to win the trophy.

Increasingly a controversial and divisive figure, Yıldırım’s term as Fenerbahçe chairman became mired in a match fixing scandal, which saw the club barred from European tournaments for two seasons in 2013. The scandal emerged in the wake of the 2010-11 season, when Fenerbahçe had won the title. The 65-year-old spent jail time for the offenses, before his sentence was quashed, but many fans see him as part and parcel of the corrupt side of the game.

Yıldırım’s understudy, Koç now takes over as the 37th president of the club, having previously served as a board member and since February 2016, as the club’s vice-chair. The charismatic the 51-year-old reached out to supporters of both candidates after the ballot results were declared, saying he would ‘work hard to make the dreams of all fans come true’.