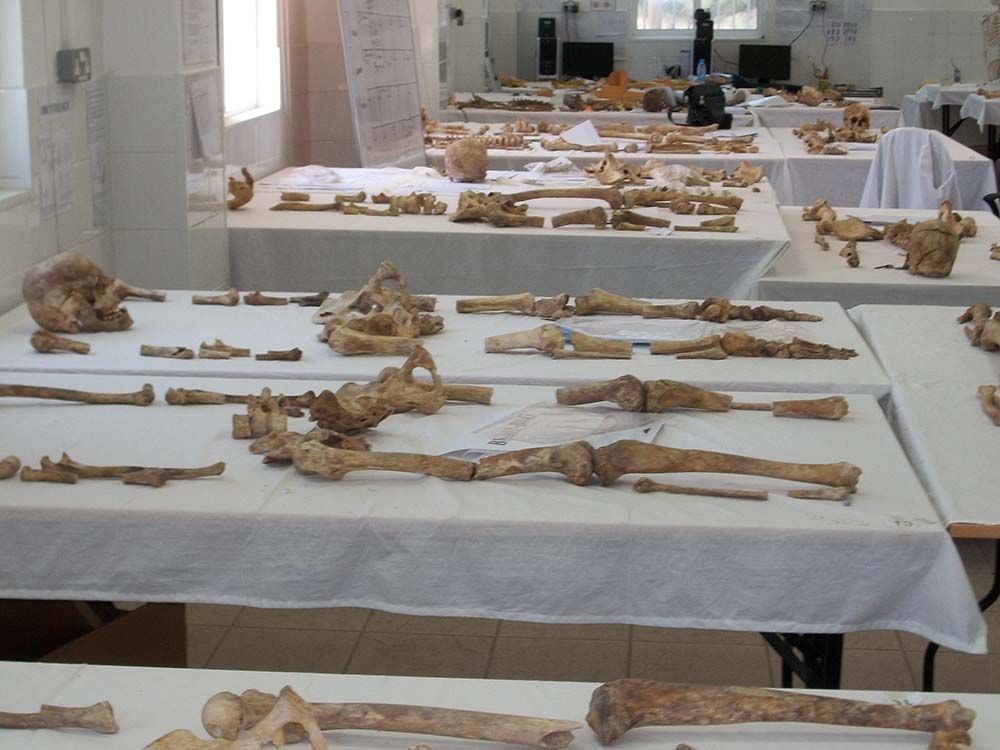 The Committee on Missing Persons Cyprus (CMP)  has confirmed that they have located the remains of 1,192 of the 2,001 people reported missing during the Cyprus Conflict.

The CMP has been excavating sites across the island for the past ten years looking for Cypriots who vanished between December 1963 and 1974. Discoveries of human remains are carefully extracted and taken to CMP’s laboratories for forensic examination where, using DNA samples from existing family members, they determine the identity of those missing.

So far, the identities of a total of 737 missing persons – 553 Greek Cypriots and 184 Turkish Cypriots – have been determined and their remains returned to their families. Work is being carried out to identify another 382 bodies, while the remains of 73 bodies have yet to be excavated.

1,508 Greek Cypriots and 493 Turkish Cypriots were reported missing by their families during and after the conflict. The CMP’s role is purely humanitarian: it seeks to locate and identify those missing without embroiling itself on finding evidence about the cause of death. This vital work has helped ease the distress felt by hundreds of families who have waited for years for news about their loved ones and can finally find comfort in being able to give them a proper burial.

CMP involves Cypriot scientists from both sides of the divide, and has been politically and financially backed by Greek and Turkish Cypriot governments, as well as the UN and international community.

With each funeral there is a chance to recall the life of the deceased and to appreciate the human tragedy that befell both communities on the island as a result of the 11-year conflict.