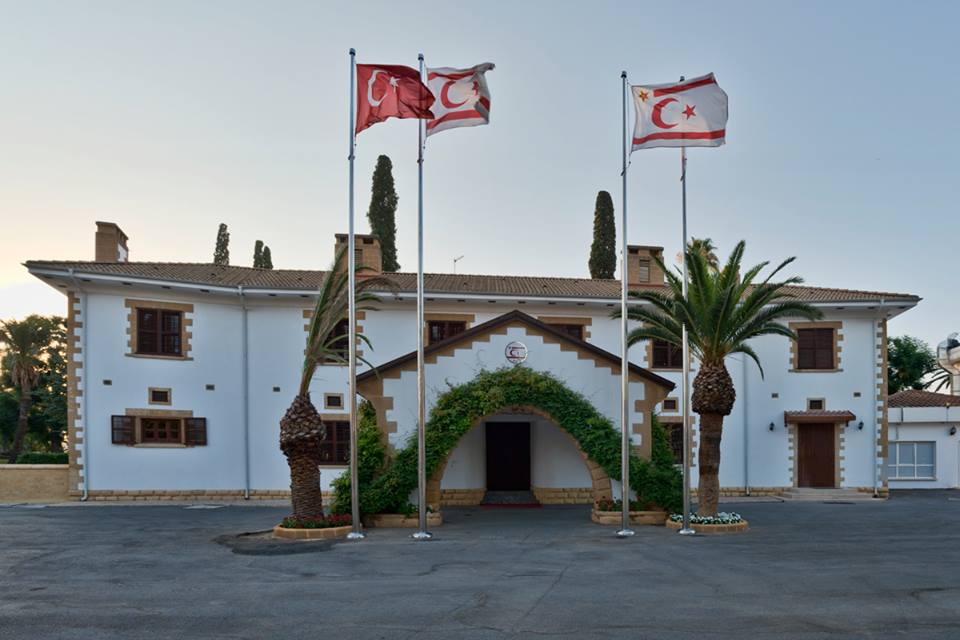 For the best part of 60 years Greek Cypriot governments have, with ingenious guile and commendable tenacity, persuaded most of the world and international institutions to see Cyprus through their eyes, the widely held view being that Turkey is entirely responsible for the current situation, having taken the north of the island for itself and forced thousands of Greek Cypriots off their land and out of their homes. But this narrative fails to acknowledge Turkish Cypriot circumstances and what they have endured. Turkish Cypriots have effectively been airbrushed out of Cyprus’s post-independence history.

The UK has, for many years, turned a blind eye to this injustice. Perhaps this was inevitable following Cyprus’s accession to the EU, which made even-handed treatment of the two Cypriot communities difficult. Nevertheless, the UK is not only the former colonial power but remains a guarantor of the island. Post-Brexit our hand could be freed sufficiently for us to be accepted by both sides as an honest broker. Indeed, after we leave the EU, we must continue to work towards the long-term stability of our continent. Not engaging fully with the Turkish Cypriots will not only be morally wrong, but also a strategic mistake.

Today, Cypriots, unless they are Turkish, are among the richest people in the world and are internationally recognised. They are members of the EU, the United Nations, and part of the Commonwealth. They can travel anywhere on Earth, trade with anyone they like, engage in international events like the Olympics and the football World Cup. Turkish Cypriots can do none of this. That is not to say that innocent Greek Cypriots have not suffered along the tortuous and bloody route that has brought us to where we are today. But the Greek Cypriot account is, to say the least, selective.

For over fifty years, Turkish Cypriots have known only isolation, hardship and indignity. They cannot leave the island by air from the north without going via Turkey. Indeed, no-one can travel by air to or from Northern Cyprus unless they touch down in Turkey. Imagine flights to and from Hong Kong having to land in mainland China immediately before reaching their destination or shortly after leaving Hong Kong.

Despite the fight ostensibly being with Turkey, for illegally occupying the island, it is Turkish Cypriots who suffer punitive and often petty restrictions on trade, travel and communication with the outside world. Cultural and sporting contacts with other countries are hampered at every turn. A group of ten-year-old Serbian children were refused entry at Larnaca Airport last year and flown back to Serbia because they were going to attend a children’s festival in the North. International pop-stars are pressurised into withdrawing, usually at short notice, from commitments to perform in the North.

As for the UK, the former colonial power, its involvement in Greek-Turkish Cypriot affairs has mostly been peripheral. Aside from the odd exception, such as Foreign Secretaries Jim Callaghan and Jack Straw, UK governments have seldom acknowledged the plight of Turkish Cypriots. The late Robin Cook was one of the staunchest proponents of Cyprus’s EU membership, ultimately as a divided island because the plan agreed to settle the dispute was in the end rejected by the South.

All this said, I am actually a little more sanguine about the next lot of (last chance) talks, whenever they materialise for a number of reasons. In no particular order: a changing demographic; the world is becoming ever wearier of the issue; there are hundreds of thousands of refugees in Turkey who would dearly like to head westwards, possibly providing Turkey with its strongest card; and hydrocarbon exploitation in the Eastern Mediterranean.

Kudret Özersay was seven months old in July 1974. He is now the North’s Deputy Prime Minister and Foreign Minister and is quite likely to be the next President. He took part in the last but one negotiation as chief negotiator for the Turkish Cypriots, although he did not take part in the most recent attempts which ended in failure in Switzerland. He knows the issues inside out and the people he is dealing with; and brings no baggage with him. Özersay is someone the Greeks can do business with and there are others of his generation coming through on both sides. The UK government would do well to pay him a great deal of attention.

Hydrocarbon exploitation around Cyprus could make all Cypriots rich. It could also benefit countries like Israel, Lebanon, Syria, as well as Greece and Turkey, the latter being just forty miles away and ideally situated for the distribution of both oil and gas. Water is already piped from Southern Turkey into Northern Cyprus, why not oil and gas in the other direction? Like it or not, Ankara’s participation is critical to the future success of any project to exploit hydrocarbon deposits. Without Turkey’s acquiescence, it is highly unlikely that it will ever happen.

I suggest that the next time Greek and Turkish Cypriots get around the negotiating table, they should be made to stay there until there is agreement. And if the weary world in the shape of the UN, the EU, the US plus the guarantor powers (UK, Turkey and Greece), are serious about resolving this interminable problem, they must stand over the Cypriots until that all-important bit of paper is signed and the ink is dry.

Guest writer Alp Mehmet is a former UK Ambassador to Iceland. He is Vice Chairman of MigrationWatch UK.

This article was first published on Reaction.life on 23 April 2018.