Review: İlhan Erşahin’s Istanbul Sessions at Jazz Café “truly sublime, as good as it gets” 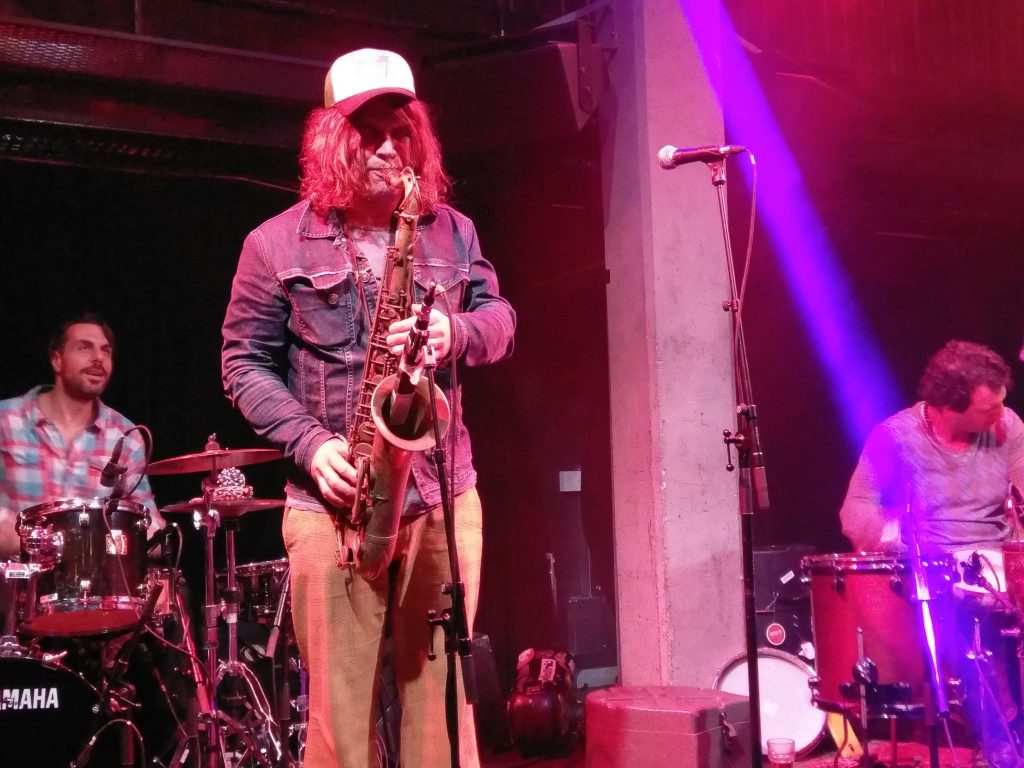 It’s only taken 19 years for me to see İlhan Erşahin live. I discovered him by chance while living in Istanbul in the late 90s, after picking up a copy of his Wax Poetic Three album in 1998 from a record store in Beyoğlu. His music was by far the coolest thing I’d heard in Turkey and interestingly his Jazz Café encore finished with a track from the same album.

So on Monday 24 April I headed to North London expectantly. Accompanying me for the evening was fellow music head Ayo Laseinde, who had no prior awareness of this legendary half-Turkish half-Swedish saxophonist, composer, club owner and producer. He and I were not to be disappointed. On the contrary, this was easily one of the best gigs of the year.

Erşahin had created his Istanbul Sessions collective in 2008, bringing on board leading musicians from the city he’d jammed with over the years, to create a new free-flowing music project with a dance edge. His Jazz Café gig drew on their recorded music – three albums to date (Istanbul Sessions with Erik Truffaz, 2010, Istanbul Sessions Night Rider, 2011, and Istanbul Sessions: Istanbul Underground, 2015) – and was a fully instrumental event: saxophone, drums, bass and percussion.

The four-piece band’s trip to London hadn’t started auspiciously. Their regular drummer Turgut Alp Bekoğlu couldn’t get a visa from the British authorities, so in stepped Dave de Rose at 48 hours notice. You’d never have guessed.

Taking his cue from his long-time buddy and bassist Alp Ersönmez, de Rose smoothly slotted in, delivering several drum solos to boot. Par the course for a man who’s drummed for the likes of Moloko, Roison Murphy, Mark Ronson and Rokia Traore.

Groove master Ersönmez was sensational. Better known for playing with pop superstar Tarkan, his sexy bass lines created an infectious pulse that drew the audience in. On the far side of the stage İzzet Kızıl effortlessly fused east and western beats on his percussive instruments, sometimes playing in a trance-like state, other times like a wild man.

Stood centre-stage was Erşahin, setting the scene with his smooth tenor sax and delicious fusion jazz. Opening track Bosphorus was the perfect introduction to the rich soundscape of the Turkish metropolis where European and Asian cultures meld. The band stepped up the tempo with Freedom and our bodies responded. By McCoy, we’d moved from a smoky jazz den into full-on dance club mode, the audience throwing some serious shapes.

Sarıyer evoked memories of my trips along Istanbul’s coastline to this historic suburban town defined by its gorgeous Bosphorus-hugging wooden villas: the perfect setting for long lazy weekend brunches. For Etnik the virtuoso musicians delved deep into disco laced with ethno global beats, followed by a Night Ride and onto Studio 54, a stomping disco-jazz-rock fest of a tune, before rocking out with the psychedelic jazz sounds of One Zero.

While totally fluid, this sonic adventure took off in different directions, refusing to be contained by either geographic or musical boundaries. And, if we needed any more evidence of the band’s improvisation capabilities, it came in an off-the-wall moment as Kızıl used Ersönmez’s bass guitar as a percussive instrument.

The quartet returned to the stage to take us back in time with an extended play of Selim – a trip-hop tinged drum and bass track full of sax harmonies.

This was a truly sublime performance, as good as it gets! Two hours of genre-busting feel good music that gave the mind as much as the body a real work out. The experimental side of Istanbul Sessions soared high above Istanbul and beyond without ever losing the rawness of its underground vibe or roots. Come back to London please – and soon!