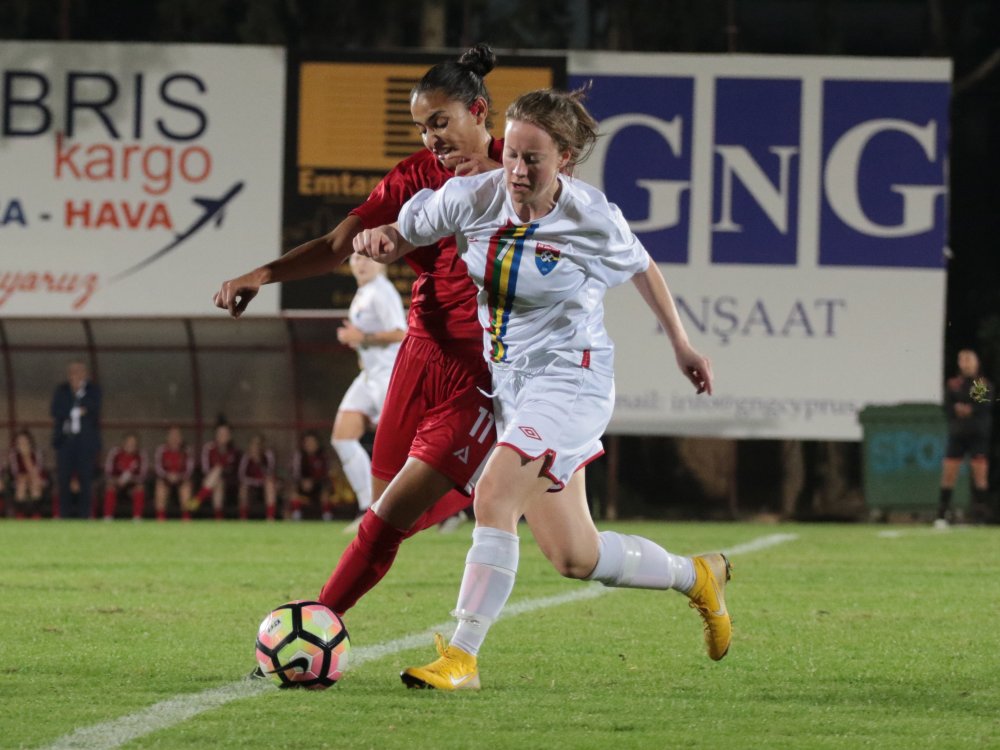 The Turkish Republic of Northern Cyprus women’s team was roundly beaten by North European side Sapmi in last night’s international friendly. The teams took to the field at 20 Temmuz Stadium in Girne/Kyrenia to play this historic match – the first international women’s game for independent world football body CONIFA, which represents nations and territories not recognised by FIFA.

The Turkish Cypriot side maintained parity for most of the first half against the technically superior Sapmi, who only managing a single goal before the half-time whistle below. It was a different story in the second half, as the visitors stamped their authority on the game adding a further 3 goals to end the match 4-0 in their favour.

Sapmi, which represents the Finno-Ugric people living in a region stretching across Norway, Sweden, Finland, and Russia, has thrown down the gauntlet to other CONIFA women’s sides with this commanding display.

It’s back to the drawing board for North Cyprus however, with manager Serhat Deniz needing to bolster the defence in particular. Yet as Deniz said before the game, this new platform from CONIFA for women’s football offers a vital new “aim” and motivation for Turkish Cypriot female footballers to improve their game.