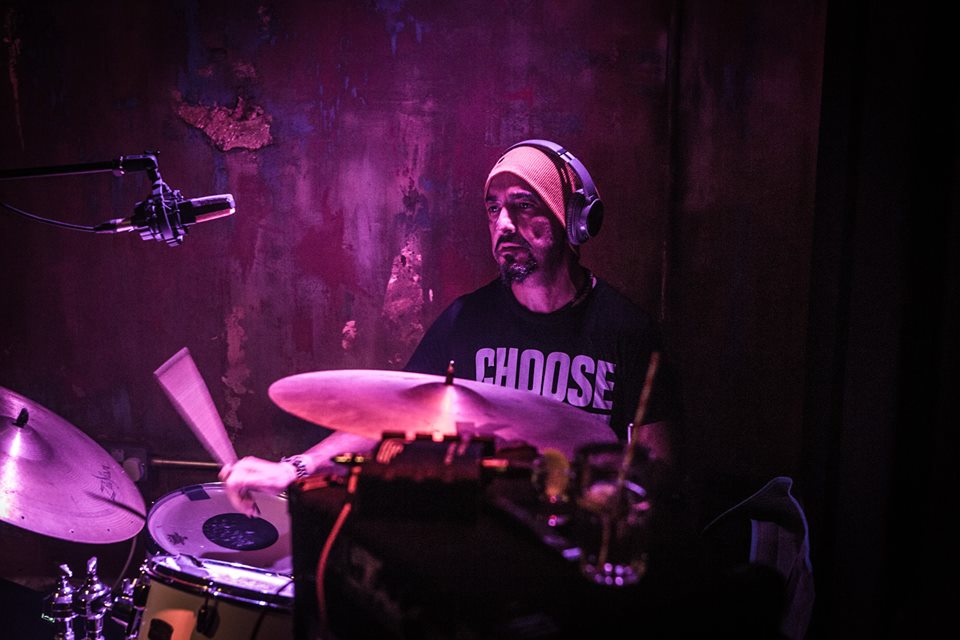 Tansay Omar has music flowing through his blood. The South Londoner picked up his first drumsticks as a child, playing pots and pans. By thirteen he had his first drum kit. Three years later, he was a member of Turkish wedding band Dalgalar, performing with them most weekends until he was 21.

It wasn’t long before the stars came knocking, eager to hire Tansay for their bands. He has drummed for the likes of Boy George, Bjork, Galliano, Jackie Graham, Gwen Mcray, and Lisa Stansfield all in their heyday, often touring the world with them.

These days, the drummer, producer and NRR music label head can be found making music for his own project Funkshy.

The band released its debut release Made in London in 2013, a multi-layered sound of chilled out soul, a funky skip, and a peppering of blues, Eastern and reggae influences that’s gorgeous to listen to and perfect to get your groove on.

The band’s new single DrumRoots has just dropped on Bandcamp. It’s a deep drum and bass track – a real departure from their soulful vibe.

Here’s Tansay on Funkshy’s sound evolution and what’s on the horizon for him and the band in these uncertain times.

Tell us about your new single

I’ve had this tune for a while.. Almost forgotten about on the hard drive of my computer. It took for me to have a holiday last September to have time, and no distraction to be able to look through all the recordings and sketches I had been doing, and forgetting about for the last few years.

So I made a playlist of the most decent ideas and started listening to them again. I found myself enjoying this tune, then I got the opportunity to test it out on a massive sound system at a sound check, and it worked really well.

The sound mix and arrangement was good, and it got the thumbs up from a well-respected sound engineer, so I thought might as well send it out there. Plus friends and family were also liking the track. So I thought yep.. Might as well give it a try.

I wrote and produced it on my own.. Not my preferred way of making music, but sometimes necessary.

It’s very different to previous Funkshy songs: did you set out to create a new sound for the band?

This project is the Beats, Production part of Funkshy, FunkshyBeats. I guess the electronic/club division of NRR Music label.

I’ve always been into many genres of music as a listener, drummer, producer. Jungle, drum and bass was one of the freshest exciting new styles of music to emerge at the time for me as a drummer. So it’s something I naturally got into, and I’m back in the mood for it at the moment, especially the more breakbeat-influenced drum and bass.

In my early years as a drummer, I was always looking to the past for drumming inspiration and skills. Funk, Reggae, Jazz, Soul, Blues, Rock. Especially the 70’s music of most genres.

When can we expect a new Funkshy album?

I’ve been wondering that same thing myself.

We will probably focus on singles rather than an album for the moment, as it is such a long and energy consuming process. I think I need to practice the art of selling/marketing music, as I have spent most of my life making music and not focusing on that last little detail. 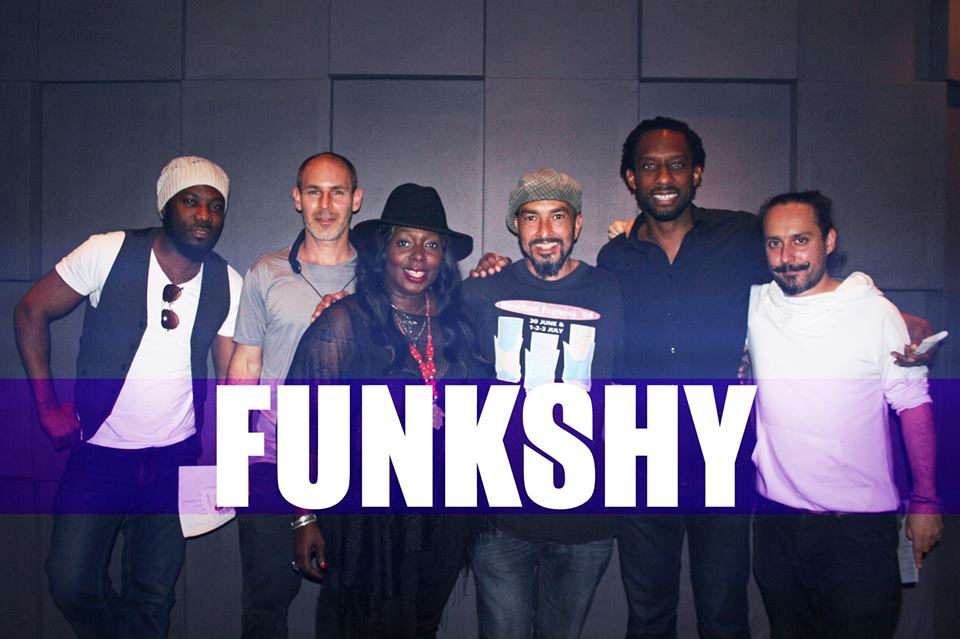 What are you listening to these days?

Anytime I hear something I like, I add onto the playlist. A good tune is a good tune no matter the genre. For me anyway.

As a musician and producer, the coronavirus must be devastating for your livelihood? How are you planning to stay afloat and sane during this crisis?

Great question. I wish I knew the answer.

Well… all immediate gigs have been cancelled .. For everyone…. It’s like a guillotine has just chopped out all live work for all musicians.

It’s a very weird time, no one really knows when people can start interacting again.. Even that sentence is weird to write.

When the corona news all started, I was already in the process of getting back into the studio production mode .. So I was self-isolating already, apart from leaving the studio for gigs and performing live as a drummer.

Right now I’m not exactly sure how to go about surviving as a musician, apart from what I’ve always done, keep learning, keep trying and progressing in what I do best. Right now it feels good to be recording again.

Just the last piece of the puzzle. How to market and sell music as singles, albums, film music, adverts. Maybe it’s time to connect the label with a music publisher.

Anyway.. for now, health first. The corona thing has affected absolutely everyone not just musicians. I just hope things don’t get too drastic for everyone.

Anything else we should know?

Music is the food of love