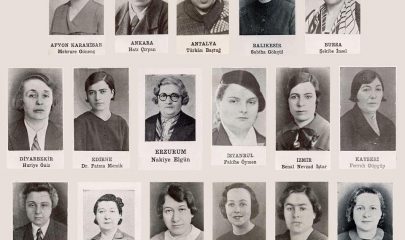 A year after they were given the right to vote and stand for office, 17 Turkish women were elected to the Grand National Assembly of Turkey (TBMM) on 8 February 1935. A by-election in 1936 saw their number increase to 18 and they constituted 4.6% of the Parliament: the second biggest proportion of female MPs […] 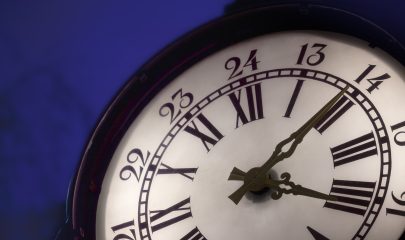 The founders of the Republic of Turkey took steps to make people’s lives easier and to modernise the country in line with Western standards. One of the measures was to adopt European time and calendar. There were a few different systems used to decide the time in the Ottoman Empire: under the Alaturka system, sunset […] 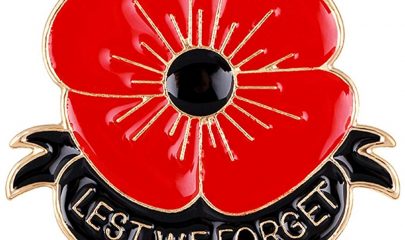 This year marks one hundred years since the first two-minute silence was observed on Armistice Day, on 11 November 1919. At exactly 11am, the British nation will pause what they do for two minutes to pay our respects to our Armed Forces community, past and present. The day’s origins lie in the Armistice – the […] 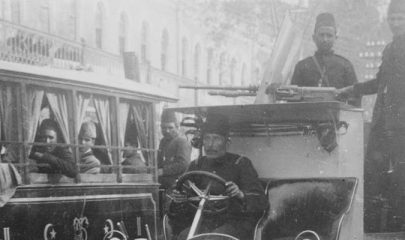 Turkey is no stranger to martial law. Its roots are steeped in the late Ottoman Empire, when İdare-i örfiyye first appeared as a neologism in the 1876 Ottoman constitution. While the term referred to the sultan’s authority in the Ottoman-Islamic legal tradition, its definition was inspired from the French “état de siège” in the 19th century. […] 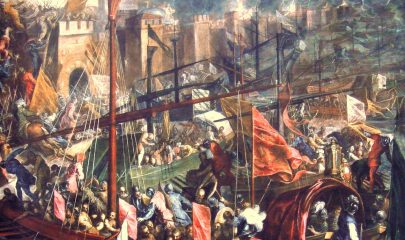 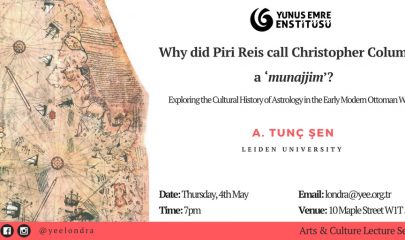 Lecture: Why did Piri Reis call Christopher Columbus a ‘munajjim’?

For history lovers, and in particular those interesting in naval exploration, the latest in Yunus Emre Institute’s Arts and Culture lecture series is a fascinating look at two of the early modern world’s leading navigators. In his Book of Navigation (Kitāb-ı Baḥriye), Piri Reis, the famous sixteenth-century Ottoman cartographer and naval captain, introduced Christopher […]

On Wednesday night, TRT will air a documentary about the last surviving members of the Ottoman dynasty. It centres around Bilûn Alpan, the sole survivor of the royal family that was exiled from Turkey in 1924 when she was aged just six. Now aged 99, the granddaughter of Sultan Abdülmecid I recounts the difficulties […] 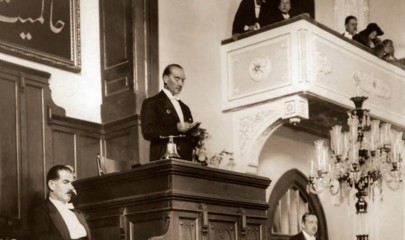 Today, 93 years ago on 3 March 1924, under the leadership of President Mustafa Kemal Atatürk, Turkey’s Grand National Assembly passed three bills that would change the country irreversibly. Of these, the first abolished the Ministry of Religious Law and Pious Foundations, the second established a single education system, and the third—the most revolutionary […] 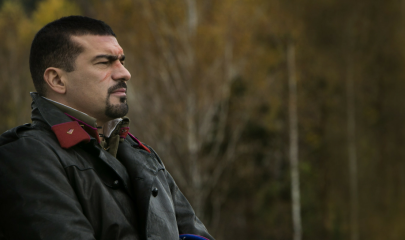 British actor Tamer Hassan stars alongside Terence Stamp, Barry Pepper, Samantha Barks and Max Irons in a new period drama about one of the most overlooked tragedies of the 20th century. Bitter Harvest is a powerful story of love, honour, rebellion and survival as seen through the eyes of two young lovers caught in […] 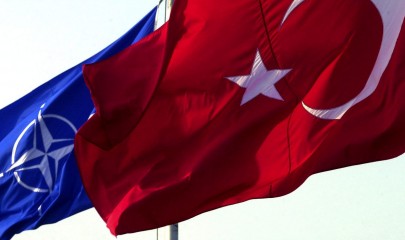