The roots of International Women’s Day, the current challenges and how Turks are commemorating the day 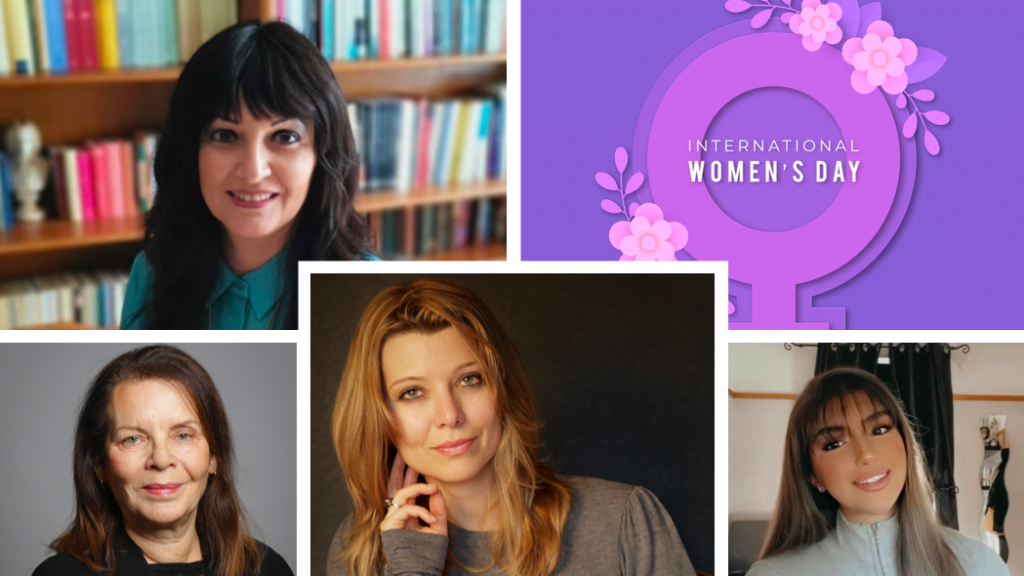 Today, 8 March, is International Women’s Day. While many use this annual day to celebrate inspirational women and their achievements, others will focus on the issues currently blighting women’s lives.

The day’s roots lie in Russia where a little over a hundred years ago, on 8 March 1917, women working in textile factories across Petrograd (St Petersburg) downed tools demanding ‘Bread and Peace’.

They protested against Russian involvement in World War I, which had led to severe food shortages, along with demanding the abolition of the Tsar’s absolute rule. It lit the torch paper for revolution, bringing down the Tsar seven days later which, among other things, also led to Russian women gaining the vote.

Thereafter, 8th March became an annual holiday, officially celebrated each year in the newly formed Soviet Union. In 1965, the date was declared ‘International Women’s Day’, and was formally adopted by the UN a decade later.

The defiance of Russian women in 1917 followed similar protests that occurred in the USA a half century earlier. Female garment workers in New York decided to demonstrate against their unsafe  working environment and low wages. The women were attacked by the police during their protest on 8 March, 1857, and violently dispersed, but the protest sparked important developments, including the formation of the US’s first female trade union.

Fifty years later, on March 8, 1908, an estimated 15,000 women marched through New York City demanding a shorter working day and better pay, along with an end to child labour and universal suffrage. Their slogan was “Bread and Roses,” with bread symbolising income and economic security, and roses representing a better quality of life.

Later that year, the Socialist Party of America designated the last Sunday of February as National Women’s Day. They organised their first Woman’s Day event in New York on 28 February 1909. Female socialists in Europe joined in, calling for an international day for women that would commemorate both the garment workers’ strike, and the activists behind the women’s rights movement.

Today, the campaign to advance social, economic, cultural and political rights of women exists worldwide. Even societies as advanced as Britain still have some way to go before women are paid the same as men, and enjoy the same levels of representation in decision-making in Parliament and in the board room.

According to the Office of National Statistics, the gender pay gap among all employees in the UK was 15.5% in 2020, down from 17.4% in 2019. The disparity was largest among older workers and also in fields where individuals earned higher incomes.

A third of boardroom positions in the UK’s top 350 companies are now held by women, up from 23% in 2015. However, the government’s Hampton-Alexander review highlighted a lack of female representation in senior leadership and executive roles in FTSE companies, with women making up only 15% of FTSE 100 finance directors.

In the British Parliament, just over a third of all MPs – 220 of a possible 650 – are women. Of Parliament’s five biggest parties (Conservative, Labour, Scottish National Party, Liberal Democrats, and Democratic Unionist Party), the Liberal Democrats have the best male-to-female ratio of MPs: 64% of the current crop of Lib Dem MPs (7 of 11) are female, followed by Labour, on 51% (104 of 202 MPs).

There are currently two female Parliamentarians of Turkish heritage, one serving in the House of Lords, the other in the Commons. Baroness Meral Hussein-Ece OBE, who is of Turkish Cypriot origin, is the Liberal Democrat Lords Spokesperson for Equalities. Feryal Clark, who is Kurdish from Turkey, is the Labour MP for Enfield North. They are each pioneers, with Baroness Hussein-Ece the UK’s first British Turkish female Parliamentarian, and Ms Clarke the first ever Turkish Kurdish MP.

International Women’s Day is also an opportunity to turn the spotlight on fundamental matters, such as the endemic problem of violence against women. All across Turkey today, women have been on the streets protesting about the dire national situation, expressing their disgust and frustration with the system that allows a women to be killed every day.

The number of femicides – women murdered by men – in Turkey in 2019 was 440. Last year, the figured dropped to 300 women, but a further 171 cases have been categorised as “suspicious deaths”.

Women’s groups in Turkey are increasingly keeping their own data on the number of femicides, noting that some deaths have been framed as suicide, even when evidence suggests foul play.

One such case is that of 35-year-old Ayten Kaya, who was found hanging in her own home in Diyarbakır in September 2019. Although the autopsy report found bruises all over her body, her death was deemed ‘suicide’ and the case closed. Despite objections, state prosecutors decided against reopening the case.

Another suspicious death is that of Aleyna Çakır, real name Sema Esen. She died last June aged 21. Her death was initially also recorded as suicide after she was found hung, but the autopsy did not find injuries consistent with this method of death.

Evidence linked her violent partner to the scene, but it was not enough to charge him. His history of assaulting Aleyna on previous occasions, even broadcasting one vicious attack, and her complaints about him to the police, backed by numerous witnesses to these assaults, was deemed insufficient for the authorities to act.

Domestic violence against women is, of course, not limited to Turkey. Data from the World Health Organization states that 38% of women in Turkey are subject to violence from a partner in their lifetime, compared to about 25% in Europe.

This is a global problem, with many groups around the world using International Women’s Day to highlight the serious risks women face on a daily basis and call for change.

For many others though, the day will have taken a more celebratory tone. To reflect about and honour the achievements of women in all walks of life, from home-makers to boundary-breakers, that have shaped our families and communities for the better.

The coronavirus pandemic has led to fewer physical events, but the virtual environment has enabled many more virtual activities to discuss or feature these inspirational women.

In the UK, popular television presenter Duygu Tağmaç will be interviewing author, sociologist and documentary maker Semra Eren-Nijhar, and Prof. Birsen Talay Keşoğlu, who is a board member at the Faculty of Social Sciences’ Women’s Works Library and Information Centre Foundation at Beykoz University. Catch them on Kanal T tonight at 8.30pm UK time or watch the programme on the Kanal T UK YouTube channel.

The Association of Turkish Women in Britain (ATWIB) partnered the Female Directors Festival for their fourth annual screening of films made by women, available to watch for free. The week-long programme of events connected filmmakers and audiences in Turkey, the UK and in Kosovo. On Saturday, some of those involved came together for an online panel, including film director Gülten Taranç, ATWIB chair Servet Hassan, Işık Kajtazi, the head of the Women’s Branch of the Kosovo Facts Association, and host Pınar Canpolat, who is the co-ordinator of Turkey’s Change Leaders Association.

On Thursday, 11 March, Atatürk Society UK President Jale Özer, Semra Eren-Nijhar, and veteran journalist, author and Cumhuriyet columnist Mine Gökçe Kırıkkanat will come together for a discussion about “Our Women Writers”. The webinar, in Turkish, is available to watch via Zoom or YouTube from Atatürk Society UK (İngiltere ADD) channel.

If you fancy something more cerebral, check out the posts and published works of established and emerging British Turkish female writers.

Best-selling author Elif Shafak, whose books have been translated into 53 languages, regularly comments on social issues of the day and of events in her native Turkey.

For International Women’s Day, Shafak shared footage of the anti-femicide protests on her Twitter account, while using her Instagram page to post a video containing hard-hitting statistics about female poverty and illiteracy, child marriage and the need for a ‘global sisterhood’.

Then there’s new kid on the block Demel Mehmet, a second generation British Turkish Cypriot who is making big waves with her new site Okkupied. Described as a “voice for the voiceless’, Okkupied aims to reclaim the word ‘occupied’, often used to stigmatise Turkish Cypriots and their North Cyprus homeland, most recently by the Labour Party, which drew a stinging rebuke from the Turkish Cypriot community.

Demel paints vivid pictures with her articles that reflect on Turkish identity and family traditions in Britain, Cyprus history and politics, and life in South East London.

These are just a few of the many incredibly talented British Turkish women who are breaking down barriers and inspiring others to do the same.