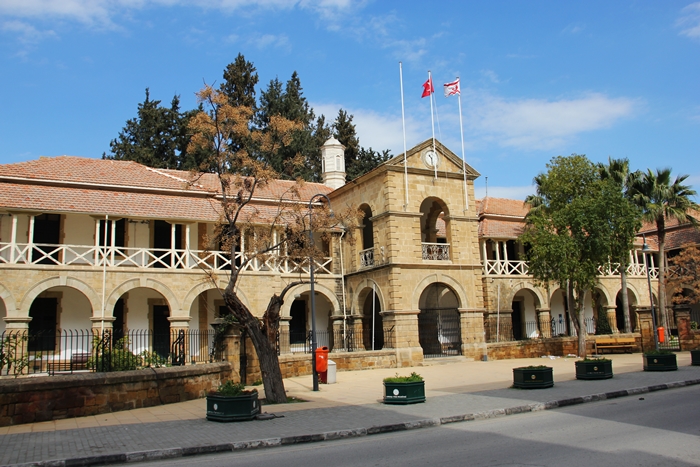 Home owners on the Kulaksız 5 (K5) site, located in Girne District in North Cyprus, scored a stunning victory against Akfinans Bank at the High Court in Lefkoşa on Friday. The Court’s ruling means the eight buyers, mainly elderly Britons, have secured their rights over properties they had bought more than a decade ago.

Friday’s decision marks the K5 families’ third major win against the bank on the trot, and spells the final phase of a long and gruelling legal battle against them.

Two years ago, the eight won their first High Court Appeal against Akfinans Bank’s claims against their properties. The case was then referred back to the lower Girne District Court.

The K5 owners then won their case in the lower Girne Court, where they successfully proved the illegality of Akfinans Bank’s stealth mortgage charges over their houses. The damning verdict by Judge Talat stated the bank’s actions were “unlawful” and “fraudulent”.

Akfinans Bank appealed against this judgment in the High Court, but their case was again unsuccessful.

The British buyers, mainly retired pensioners, adhered to all TRNC laws when purchasing properties on the K5 site located in Karşıyaka, near Lapta, over ten years ago. They later found out their developer, Abdurrahman Güney, director of Girne-based Kulaksız Construction, had defaulted on two 2005 loans totalling 106,000 TL (£45,000) to the bank.

Akfinans failed to act on the non-payment of these loans, even though a plot containing three properties on the site had been offered by the developer as collateral. Instead, the bank deliberately chose to wait several years before taking any action so the 80% compound interest they were charging could mount up. By 2008, the developer’s debt was over 1 million TL. The bank then tried to reclaim all properties on the site, including those bought by the eight British expat families, as compensation.

The shocked Britons tried to resolve the matter amicably, but as the true facts of the situation emerged, they found themselves involved in a series of law suits to save their investments – for many this amounted to their entire life savings.

This test case, now a decade old, has involved hundreds of hearings, which highlighted many legal and bureaucratic deficiencies that failed to protect and uphold the rights of property buyers in the TRNC. It was these loopholes Akfinans Bank tried to legally exploit.

However, it was not just legal challenges the 17 residents of K5 found themselves having to battle against. The bank endeavoured to take control of their properties by a variety of means both fair and foul, including forcing the sale of their homes at auction, deliberately running up the communal electricity bill on the site, digging up the road outside their homes to make it difficult to drive on, and sending representatives of the bank to unlawfully break into their properties to change the locks. The situation was described by one K5 homeowner, Pauline Read as a “living hell”.

Akfinans Bank’s unscrupulous behaviour was not only challenged in court, but also by broader TRNC society as details of the residents’ horrific experiences were publicised by the media. Former President Rauf Denktaş was among those to add his name to the public outcry, calling the treatment of the innocent British expat property owners “a grave injustice”.

On Friday, the High Court informed Akfinans Bank that it had lost its appeal against the Girne District Court Judgement for the buyers. The Court awarded the land containing five of the 13 houses situated on Kulaksız 5 against the debt the developer accrued with them. However, the High Court determined the lower Girne Court was correct in its original verdict, and upheld its ruling that the remaining eight houses belonging to the British expat families are free of any charge.

The K5 home owners were successfully represented in this case by Hasan Alkan and Boysan Boyra, supported by Making North Cyprus Better (MNCB) movement at each stage.

Speaking after the verdict, MNCB spokesperson Malcolm Mitcheson said, “K5 families have asked me to express their heartfelt appreciation to those who have supported them on this decade-long journey”.

Their historic victory not only marks a turning point in their own long legal battle, but it should also serve as an important landmark ruling for dozens of other property owners who are challenging stealth mortgages issued against their properties, including those applied by Near East and KOOP Banks.

The final hurdle for the K5 owners is to obtain the kocan (title deeds) to their villas. While they have security of tenure and the right to dispose of their assets, the bank still has Power of Attorney over the Kulaksız site. As Mitcheson told T-VINE, “there is still room for them (Akfinans) to be difficult”.