“TRNC will not be Gaza” declares Turkish Cypriot President Tatar 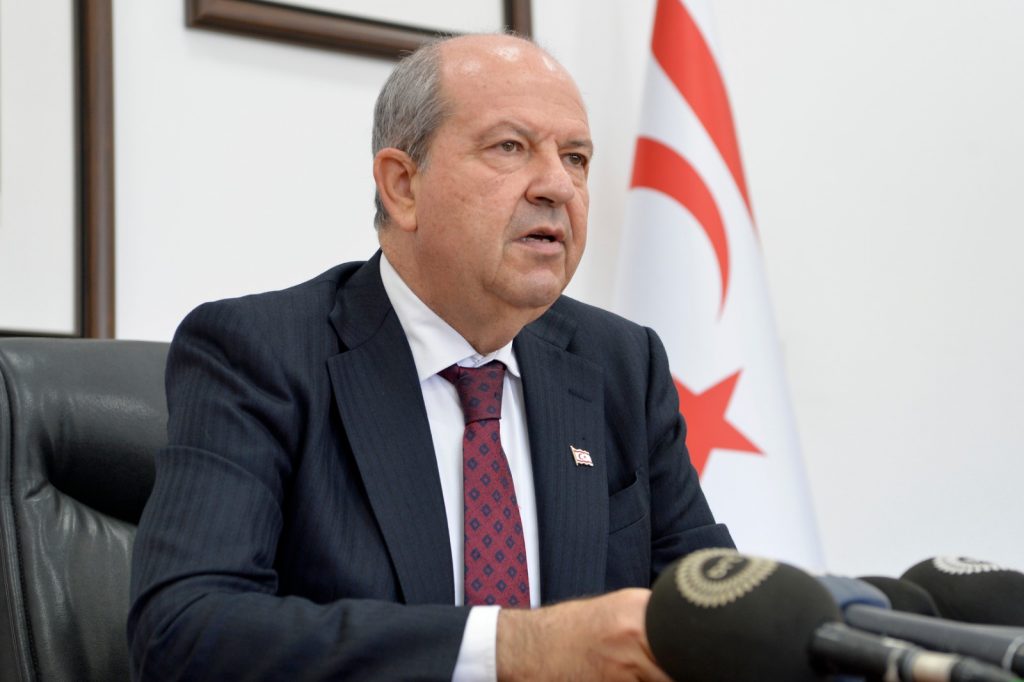 Ersin Tatar, the President of the Turkish Republic of North Cyprus, has made clear he has no intention of risking the security of his country by dispensing with the vital 1960 Agreements that allows Turkish troops on the island to protect Turkish Cypriots.

Reviewing events in nearby Palestine and Israel, where there have been hundreds of casualties in Gaza following heavy artillery fire from Israel in response to rocket attacks from Hamas, President Tatar said in a written statement that the “TRNC will not be Gaza.”

The Turkish Cypriot leader “strongly condemn(ed)” Israeli authorities for attacking worshippers at the Al-Aqsa Mosque in Jerusalem during the holy month of Ramazan. President Tatar also compared the ineffectiveness of the United Nations and international community in protecting Palestinians from the indiscriminate use of force today to the experiences of Turkish Cypriots who were under siege during 1964 and 1974.

“I strongly condemn the Israeli attacks on the Al-Aqsa Mosque during the holy month of Ramadan and their operations against the Palestinians who wanted to worship there,” the TRNC leader said.

“The UN Security Council and the other international powers sit back and watch the Israeli attacks on Gaza, as they also did during the 1964-74 period in Cyprus when the Greek Cypriots attacked the Turkish Cypriot people.”

President Tatar reserved his heaviest criticism for those who have failed to speak out or try to stop the disproportionate use of force by Israel. He said international leaders’ unwillingness to act against the “atrocities” being waged against Palestinians made them complicit as “partners in the crimes against humanity that Israel is committing.”

The vulnerability of the Palestinian people in the current crisis, brought on by the threat from the Israeli authorities to evict Palestinian families from their homes in Sheikh Jarrah, as they have done elsewhere in Palestine, and the relentless bombing of targets in the Gaza despite the risk to civilians,  have highlighted the importance of the Turkish security guarantees for Turkish Cypriots, a point President Tatar underlined in his statement:

“The atrocities, terror and genocide in Gaza has once again shown us the importance of the full and effective guarantee of Turkey and the presence of the Turkish army in Turkish Republic of North Cyprus.

“When we take into account what we experienced in Cyprus in the past and what is being experienced in Gaza, it is not possible for us to abandon Turkey’s guarantorship and the existence of the Turkish army in the TRNC.”

Condemn in strongest terms attack on innocent worshippers in Al-Aqsa Mosque, first Qibla of Islam, by Israeli Occupation Forces in the holy month of Ramzan. Such brutality is against very spirit of humanity & human rights law. 🇵🇰 stands steadfast in support of Palestinian cause. pic.twitter.com/R727WUKZUp

Using the Palestinian experience as reference, Tatar said he would stand firm against calls from Greece and Greek Cypriots, and the EU to end the Turkish guarantees:

“The reason for the demands of the Greek-Greek Cypriot duo and the UN and the EU ‘to remove Turkey’s guarantorship, [to] remove the Turkish military from Cyprus, [and to] ensure the EU’s security in Cyprus’ is now better understood.

“But the world should know that Turkey’s guarantorship will not be lifted, the Turkish military will not withdraw from Cyprus, and the TRNC will not be Gaza.”

President Tatar’s statement did not make any reference to Hamas, which controls the besieged Gaza strip and has Turkey’s backing.

Widely regarded as a terror organisation, Hamas has fired thousands of rocket attacks into Israel over the past ten days, causing the deaths of at least ten people and injuring hundreds of others.

At the same time, an estimated 200 Palestinians have been killed, mostly civilians, with over 1,200 people in Gaza wounded as a result of Israeli air strikes.

Unsurprisingly, the American government – Israel’s biggest military backer – has refrained from overtly criticising Israel over its actions. Last week, White House spokeswoman Jen Psaki said at a press conference that “Israel’s security, for its legitimate right to defend itself and its people, is fundamental and will never waver.”

Muslim leaders from around the world have been more forthcoming. A joint communique was issued last Tuesday after an emergency meeting of the 57-member Organisation of Islamic Cooperation, held in Jeddah, Saudi Arabia, to discuss the dramatic escalation of violence between Israel and the Palestinians following events at Al-Aqsa Mosque in Jerusalem.

The Muslim world denounced Israel’s “continuous violations” of the sanctity of Al-Aqsa and its “barbaric attacks” against worshippers, while also condemning restrictions on the movement of Palestinians at the compound. The statement said that it considered Israeli actions at Al-Aqsa a “provocation of the feelings of Muslims around the world and serious violation of international law.”

Final communiqué adopted by the virtual emergency meeting of the #OIC committee of Permanent Representatives to discuss the aggression by #Israel, the occupying power, in the #Palestinian territories, in particular Al-Quds Al-Shareef: https://t.co/Dz6JdcLDrS #Palestine #Jerusalem pic.twitter.com/l5XUItuH4T

The Arab League, China, Norway and Tunisia have all requested a public United Nations Security Council meeting, which the United States has repeatedly objected to. The Council has met privately, but has not been able to agree on a joint statement due to US objections.

Angry at the lack of international action, Turkey’s Recep Tayyip Erdoğan has taken it upon himself to form a united front to check Israeli aggression. Repeatedly calling Israel a “terror state”, last week the Turkish leader urged the international community to “give Israel a strong and deterrent lesson.”

President Erdoğan has been in direct contact with over twenty leaders, including his Russian counterpart Vladamir Putin, suggesting an international protection force to shield the Palestinians.