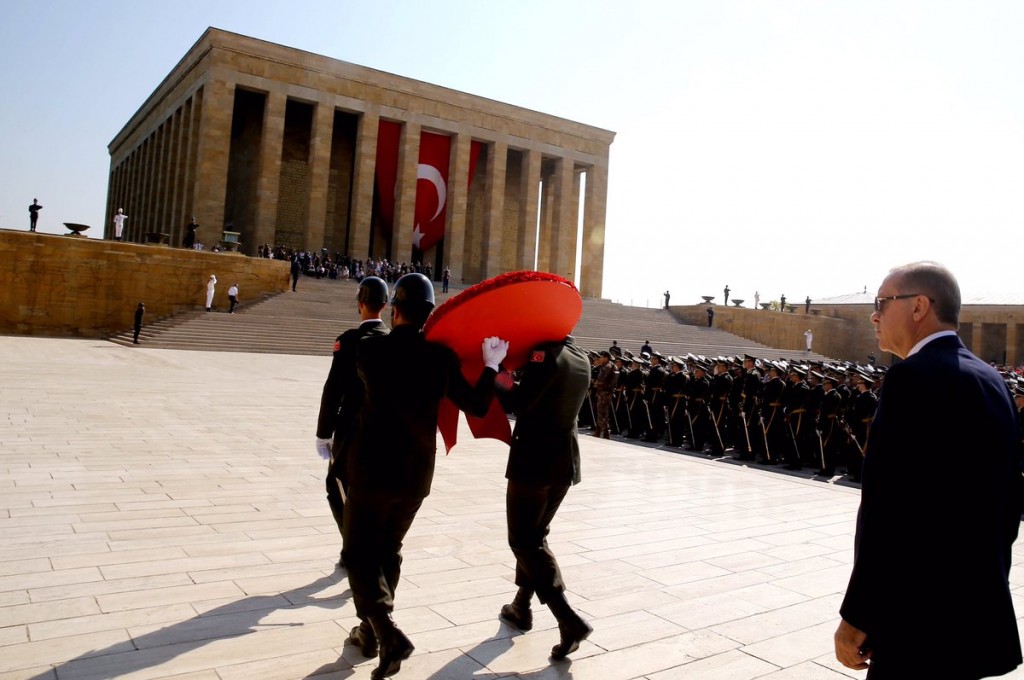 A series of official and public events across the country have marked the 93rd anniversary of the founding of the Republic of Turkey.

The day started with the traditional laying of a wreath of red and white carnations displaying the Turkish flag at the Anıtkabir – Atatürk’s Mausoleum – in the capital Ankara. Led by President Erdoğan, hundreds of politicians and military staff, including Prime Minister Binali Yıldırım, main opposition CHP leader Kemal Kılıçdaorğlu, MHP leader Devlet Bahçeli, and Chief of General Staff Hulusi Akar, attended and observed a minute’s silence. Similar ceremonies took place around the country.

Following the official ceremony in Ankara, President Erdoğan said that the country was celebrating the 93rd anniversary of the Turkish Republic with “great pride and enthusiasm.”

Later today, the President will host an event at his Palace for police and military veterans and relatives of those killed in anti-terror operations and terror attacks.

CHP’s Kılıçdaorğlu also took part in a walk from the site of Turkey’s first Parliament in Ulus to the Anıtkabir. Thousands of people participated in the event dubbed “Büyük Cumhuriyet Yürüyüşü” (‘Big Republic Walk’). Along the way, they passed by Ankara Central Station leaving carnations in the square outside where 103 people were killed following a twin suicide bombing on Oct.10 2015. The victims were waiting for the start of a mass democracy rally in the city when the blasts occurred.

Ninety-three years ago, on Oct. 29 1923, Mustafa Kemal Atatürk proclaimed the arrival of the Republic of Turkey. On the same day, Atatürk was elected the Republic’s first president in a unanimous vote by Turkey’s Grand National Assembly. Republic Day has been celebrated annually on Oct. 29 ever since.