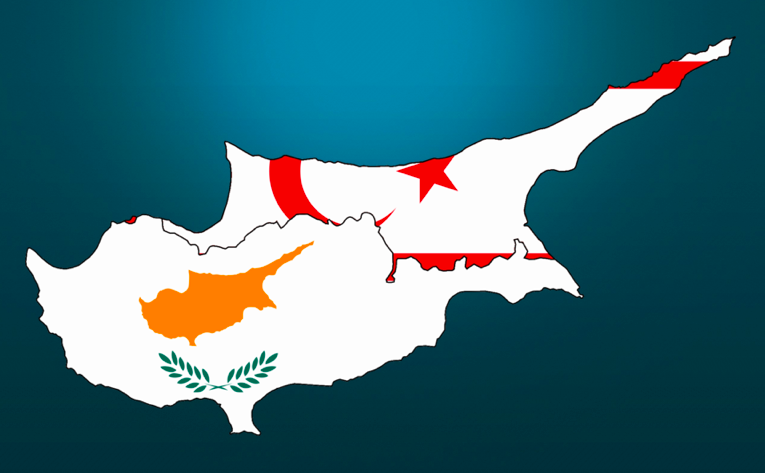 As the British High Commission forecasts “tough choices and compromises ahead” if the UN Talks are to succeed, and Secretary General Guterres fails to mention Greek Cypriot obstruction in his latest report, former TRNC Chief Negotiator Ergün Olgun says more than compromise may be needed for success, and that the UN itself is part of the problem.

Over the fifty-year-old saga of formal Cyprus negotiations the Greek Cypriot side has consistently been pursuing a dominating strategy aimed at realising their own outcomes, showing little or no concern for Turkish Cypriot outcomes and concerns. Unilateralism, intimidation, punishment and threats are the characteristics of this strategy. These characteristics can be seen in the behaviour and actions of the Greek Cypriot side across the board.

Since their unconstitutional and violent seizure of power in December 1963, the Greek Cypriot side has successfully employed tactics designed to protect its status and legitimacy as the ‘government of Cyprus’, while simultaneously seeking to maintain its advantage by blocking Turkish Cypriot moves to re-establish political equilibrium on the island. The appropriation of the seat of government has enabled them to use state power and resources against Turkish Cypriots to force compliance, or as punishment for non-compliance with their terms for a political settlement.

Another tactic has been the creation of “conditionality”in order to immobilize both Turkish Cypriots and Turkey. Through this tactic, the Greek Cypriot side has succeeded in linking the inherent political and even basic human rights of Turkish Cypriots to a political solution they approve of. Without this, their former political partners are condemned to ongoing international isolation and embargoes.

Greek and Greek Cypriot diplomacy has particularly been successful in EU circles. Not only have they secured unlawful membership of the whole island based on South Cyprus’ unilateral application, but they have also made Turkey’s EU membership process conditional on progress (in their favour) on the Cyprus issue.

Again, as part of their contending strategy, the Greek Cypriot side has been officially trying since 19 February 1964 (a full decade before Turkey’s intervention in 1974) to cancel the Treaties of Guarantee and of Alliance in their effort to remove barriers that would hinder them from being the sole masters of the island.

In order to render them powerless, the Greek Cypriot side has also been trying to deprive the Turkish Cypriots of a BATNA (the Best Alternative To a Negotiated Agreement), while doing their best to distance them from Turkey, their main source of power.

For their part, the Turkish Cypriot side has been pursuing a principled negotiation strategy, taking as their cue the key criteria of political equality, bi-communality and bi-zonality that underpin the UN-backed Cyprus Talks. This problem-solving approach in part aims to balance the political and economic power of the Greek Cypriot side.

‘The Turkish Cypriot side has been pursuing a principled negotiation strategy, taking as their cue the key criteria of political equality, bi-communality & bi-zonality that underpin the UN-backed Cyprus Talks’

Although this strategy has not been fully successful in re-establishing political equilibrium on the island, Turkish Cypriots have managed to assert the principles of political equality, bi-communality and bi-zonality, and thus partly contain the risk, at least in political terms, of Greek Cypriot domination.

Thanks to the Turkish intervention of 1974, the Turkish Cypriot side has also been successful in setting up their territorially-based polity in North Cyprus, out of reach of the Greek Cypriot polity. A very strong majority of Turkish Cypriots know that political and legal safeguards in a possible future agreement will alone not be enough to deter the Greek Cypriot side’s persistent search for domination, and that only the 1960 system of guarantees is a proven deterrent.

Looking ahead, one cannot stop asking which of these negotiation strategies can yield a sustainable result that would facilitate win-win cooperation and co-existence between the two peoples of the island, and which would serve the needs of stability.

Looking at this objectively, there is no doubt that stability, cooperation and co-existence of the two communities as political equals cannot be realised by pursuing the contending/dominating strategy applied by the Greek Cypriot side to date.

Can this outlook and strategy be changed in the short or medium term? I have my doubts.

Has the international community, particularly the UN, become part of this intractable problem? Yes, they have. By legitimising the hijacking of the bi-communal Republic of Cyprus in 1964 (in the badly worded UN Security Council Resolution 186 of 4 March 1964, that inadvertently referred to the Greek Cypriot side as the ‘government of Cyprus’) and by empowering the Greek Cypriot side at the expense of the inherently constitutive, politically equal Turkish Cypriot side, the United Nations has effectively set the problem in concrete and made the realisation of a new bi-communal partnership between political equals an impossibility.

‘Given the infertility of the negotiating table, the Turkish Cypriot side and Turkey will have to think and act outside the box they have been trapped in for the last 54 years’

So, where does the future lie? Given the infertility of the negotiating table, the Turkish Cypriot side and Turkey will have to think and act outside the box they have been trapped in for the last fifty-four years. This may catalyse change and, together with regional security and stability needs, open new avenues for a settlement.