Former BP executive Tufan Erginbilgiç has been appointed the new chief executive of Rolls-Royce, the company announced on Tuesday.

Erginbilgiç will take up his new role on 1 January 2023, succeeding Warren East who, on 24 February 2022, announced his intention to step down at the end of this year. The news of Erginbilgiç’s appointment saw shares in the British aero-engine maker rise by 1.5%.

Current CEO East has had seven turbulent years at Rolls-Royce, which saw the company lose 67% of its value, including 27% since the start of this year.

He has had to grapple with major technical problems with its Trent 1000 engine, which powers Boeing’s 787 Dreamliner, and the severe economic impact of the pandemic on business. In 2020, the company announced it was to shed some 9,000 jobs as it continues to try to overcome one the worst crises in its 116 year history.

Eyebrows have been raised in the City over Erginbilgiç appointment, given his lack of aerospace and defence experience. But many analysts believe the Turk’s strong delivery track record for BP over 23 years made him an ideal candidate to help turn around the fortunes of Rolls-Royce.

While Erginbilgic has limited aerospace experience, he appears to be a seasoned industry professional with extensive experience in delivering strong improvement in profitability”, analysts at Deutsche Bank said.

Tony Hayward, the former BP chief executive who made Erginbilgiç his chief of staff, told the FT that Rolls-Royce’s incoming CEO “is tough and his style is quite harsh but he builds great teams and has a strong record of delivery. He is a good appointment for Rolls-Royce at this point.”

Then Turkish-born engineer led BP’s downstream business until 2020, including refining, retail and petrochemicals. He expanded the oil major’s Service Station Network, adding thousands of petrol stations in developing economies, such as India and Mexico. He has also overseen the Air BP jet fuel operation and the firm’s massive growth in electric vehicle charging services.

Erginbilgiç, 62, is currently a partner at Global Infrastructure Partners (GIP), a private equity firm which focuses on large-scale investments in infrastructure businesses and manages $81bn for investors. He is also a non-executive director for a number of firms, including energy company Türkiye Petrol Rafinerileri A.Ş (Tupras).

Anita Frew, the chair of Rolls-Royce, said: “I am delighted to announce the appointment of Tufan Erginbilgic as chief executive.

“He is a proven leader of winning teams within complex multinational organisations, with an ability to drive a high-performance culture and deliver results for investors.

“He has extensive strategic and operational experience and a firm understanding of safety critical industries, including aerospace, as well as the challenges and commercial opportunities presented by the drive for low carbon technologies.

“He has a strong track record for execution, delivery and the creation of significant value. I look forward to him building on the strategic foundations that Rolls-Royce has laid over recent years.”

Speaking of his new appointment, Erginbilgiç said: “I am honoured to be joining Rolls-Royce at a time of significant commercial opportunity and strategic evolution as its customers embrace the energy transition.”

Erginbilgiç will receive a base salary of £1.25 million, according to press reports. He will also be awarded two tranches of shares, each worth 3.75 million pounds. 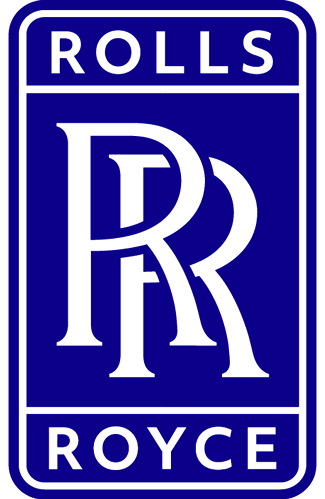 This a British multinational aerospace and defence company owns Rolls-Royce, a business that was officially established in 1906, and which today designs, manufactures and distributes power systems for aviation and other industries.

Rolls-Royce is the world’s second-largest maker of aircraft engines (after General Electric), and has major businesses in the marine propulsion and energy sectors. It is also one of the twenty largest defence contractor in the world.

Rolls-Royce Holdings plc is listed on FTSE 100 Index at the London Stock Exchange.

Financial difficulties saw the company go into voluntary liquidation in 1971, and two years later its iconic car manufacturing side split from the business and became known Rolls-Royce Motor Cars, which is now owned by by Bentley Motors.

Many people are curious to know more about the Turk who is set to head one of the UK’s most iconic companies.

Tufan Erginbilgiç was born in Turkiye in September 1959. Originally from Kilis in southern Turkiye, Erginbilgiç is the son of Turkish journalist and writer Hıncal Uluç’s uncle.

He graduated from Istanbul Technical University, Department of Management Engineering, in 1982. He went on to do an MBA at Boğaziçi University, which he completed in 1986, before undertaking a master’s degree in Economics at Ohio State University, graduating in 1989.

Erginbilgiç has been on the University of Surrey Strategic Advisory Board since May 2017.

In 2018, there were rumours that Erginbilgiç could become the head of one of Turkiye’s mega football clubs, Galatasaray, following comments made by the club chair Mustafa Cengiz.

Little is known about Erginbilgiç and his family status.