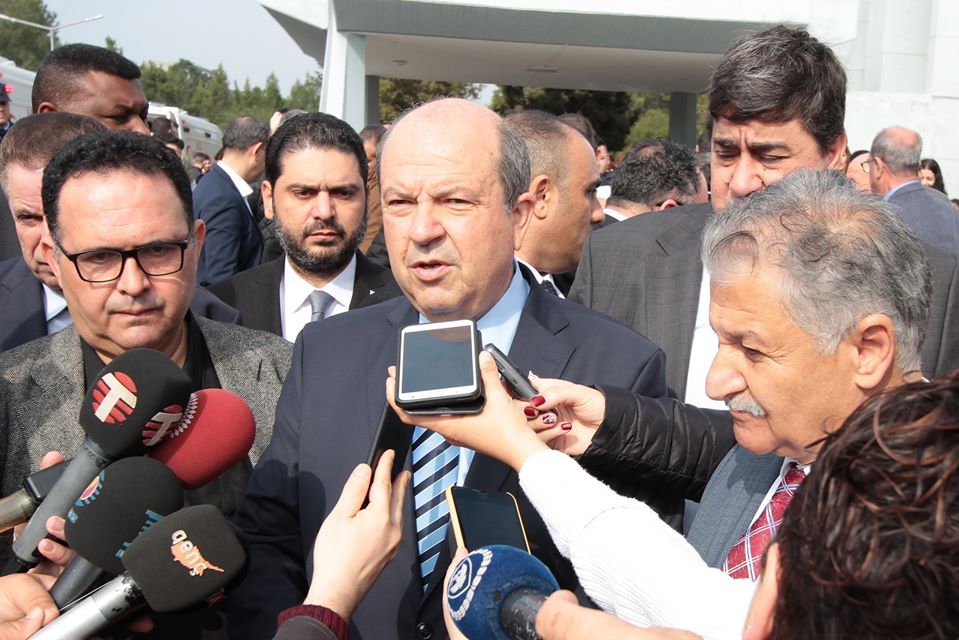 Two elderly patients died as they were being evacuated from Lefkoşa Dr. Burhan Nalbantoğlu State Hospital this morning following the outbreak of a serious fire in the Cardiology Department. The authorities confirmed the fatalities were Asım Uyguroğlu, aged 74, and 62-year-old Erdoğan Kalaycılar.

Uyguroğlu, who had been in intensive care, passed away at Near East University (NEU) Hospital where he had been transferred to, while Kalaycılar died en route to the same hospital. There have been no other reported casualties.

The fire is believed to have broken out around 6.45am after equipment wires overheated in the angiography department, located on the second floor of the hospital. Fire fighters managed to put the fire out by 9am. There is extensive damage to some sections of the hospital.

Speaking to press outside Lefkoşa Dr. Burhan Nalbantoğlu State Hospital, the Prime Minister said: “The government’s job is to make this place better than it previously was, as quickly as we can.”

The authorities confirmed private hospitals in the Turkish Cypriot capital Lefkoşa and in Girne were assisting with the care of patients evacuated from Lefkoşa Dr. Burhan Nalbantoğlu State Hospital, and are also admitting new patients requiring emergency care.

Dr Beyhan Berova’s pictures of the devastating impact of the fire on the cardiology dept.

It is thought up to three hundred patients were evacuated and taken to nearby hospitals. A total of 42 patients have been transferred to NEU Hospital, 11 of them babies, following the fire. Two prematurely born babies have been taken to Girne University Hospital. All are said to be in a stable condition. Others are also at Kolan Hospital.

Earlier today, South Cyprus President Nicos Anastasiades contacted President Akıncı to extend his condolences over the deaths of the two patients and to offer help.

Greek Cypriot Health Minister Constantinos Ioannou also sent a message to the authorities in the North through the bicommunal Technical Committee on Health that his Ministry would assist however it could.

“We expressed our readiness to help in any way we are asked,” Ioannou tweeted.