Ambience – worthy of a trek to Wimbledon 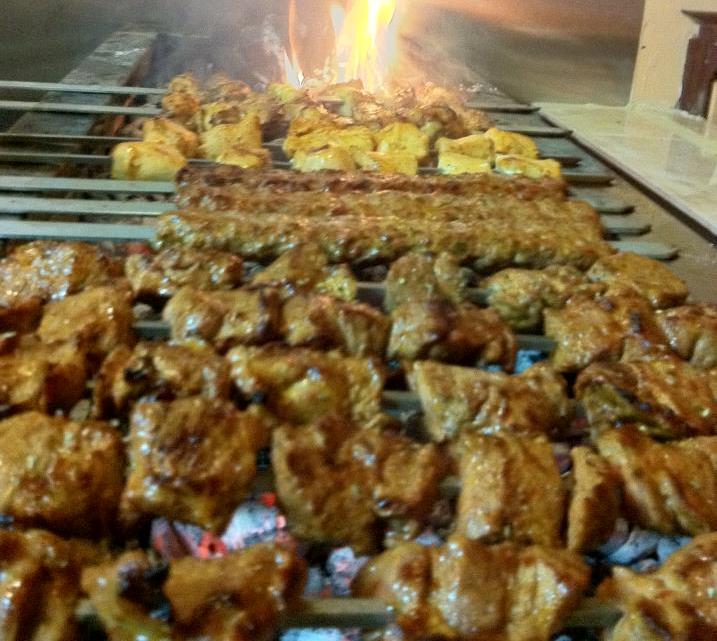 There is plenty of Turkish life “souf of the river”. One gem is Ambience, a 10-minute walk away from Wimbledon tube (or short hop of two stops along the 156 bus route), where you’ll be met by a warm and friendly welcome at this modern family-run Turkish Cypriot restaurant.

The only Turkish eatery in the area, they have become a firm local favourite since opening their doors two years ago. Manager Tanser Ozdemir, his wife, cousin and parents pride themselves that everything they serve is prepared freshly on the premises, rather than being bought in pre-prepared from outside suppliers.

We kicked off with their Mixed Hot and Cold Meze options. The delicious platter for two is ample for those after a light dinner: feta cheese börek, grilled hellim, suçuk (Turkish sausage), calamari and köfte, along with a rich mix of cold meze including cacık, pureed aubergine and humus with extra tahini, à la Cypriot style, served with plenty of warmed flatbread.

Ambience boasts a great drinks menu, including many lovely-sounding cocktails. However, this being a mid-week dinner, we settled for a reasonably-priced Rioja from their selection of wines, and very enjoyable it was too.

We opted for two different mains: the Ambience Mixed Grill for £15.95 and sea food casserole for £13.95. Made over a mangal (charcoal grill), the grilled meat was tender and well-seasoned comprising lamb and chicken shish, şeftali kebab, chicken wings, lamb and chicken köftes, served with rice and salad. Tanser explained they choose the more expensive middle-neck of lamb cuts, and it really tells as the lamb practically melts in your mouth. The sea food casserole was less of a hit. The creaminess of the dish was a tad too much, overwhelming the delicate flavours of the prawns, mussels, salmon and squid.

The dinner was rounded off by herbal tea and two pieces of fine baklava: the filo pastry was fresh and light, the filling crunchy and sweet. We had toyed with leaving it – so full were we from the dinner – but were really glad when we tried it, as they were certainly on a par with the best baklava you’d find in North London.

Separated by a wall from its restaurant area, Ambience also has a regular bar, ideal for after-work drinks (they serve 2-for-1 cocktails on Sunday to Thursdays) or watching football matches. Further back is their shisha lounge. The ambience changes at the weekend, when there’s live entertainment with music, DJ and bellydancer – a real British Turkish fusion. They also have themed nights such as for Valentine’s, and have become popular with local fundraisers, such as  the  Hampton-based  Shooting  Star Trust  for  severely- handicapped  children and the Turkish Pro Cancer Research Fund.

All in all, it has a lot more social life than many other restaurants, and is thus a very versatile centre for entertainment, whether you are looking for a quick drink, a romantic night out or a family celebration. They also do deliveries. In fact, I wouldn’t be surprised if the Ozdemir family eventually move right into the centre of Wimbledon (or open another branch), after much nagging from their regulars.