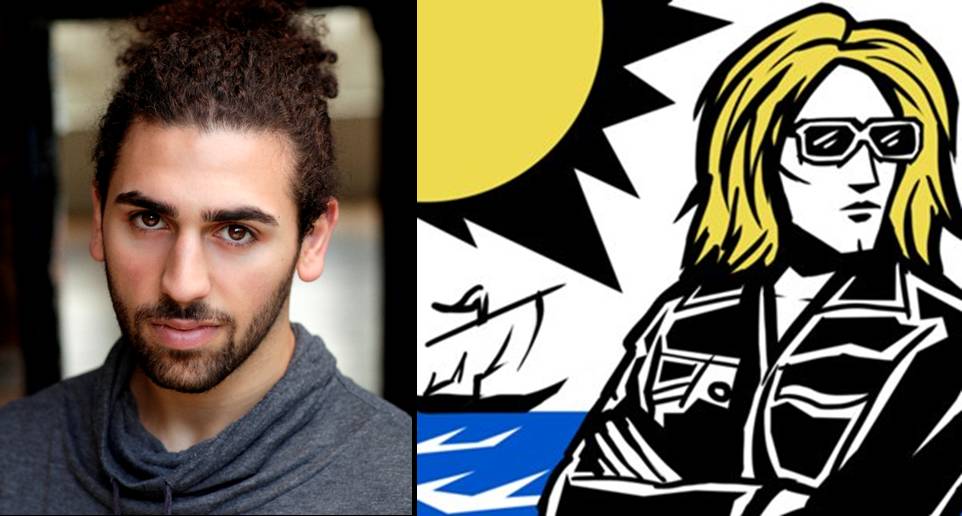 A young North London actor of Turkish Cypriot heritage stars in The Telemachy, an intimate new theatre production inspired by The Odyssey.

Arman Mantella plays a mysterious travelling poet who swaggers from London to Edinburgh with a case full of ancient stories. This enigmatic host delves into the famed mythologies of Odysseus, the original rock-and-roll absent father, through the eyes of his brooding son Telemachus. How can he compete with his father’s legacy when the world is so different now?

Arman utilises poetry, humour and a rock’n’roll attitude during this hour-long, one man show to explore, ‘what does it mean to become a man?’ and ‘who is the spokesman for our generation?’

Written by Alexander Day and directed by Milla Jackson, this new production by theatre company Mice on a Beam will be their second to feature at the Edinburgh Festival Fringe following a successful debut there last year.

The Telemachy refocuses epic storytelling away from both the fame and infamy of Odysseus to his son – the next generation. The poem has endured for thousands of years, and its intrinsic relationship with our past, present and future lives on. In this retelling it asks the fundamental question – has anything really changed since the 8th century BC?

Hackney Showrooms hosts two preview nights in July. The Telemachy then moves to famed Camden pub theatre Etcetera for six nights during the Camden Fringe, before playing a further six nights at the Greenside at the end of August as part of the Edinburgh Fringe.

Event: The Telemachy at the Camden Fringe

Event: The Telemachy at the Edinburgh Festival Fringe