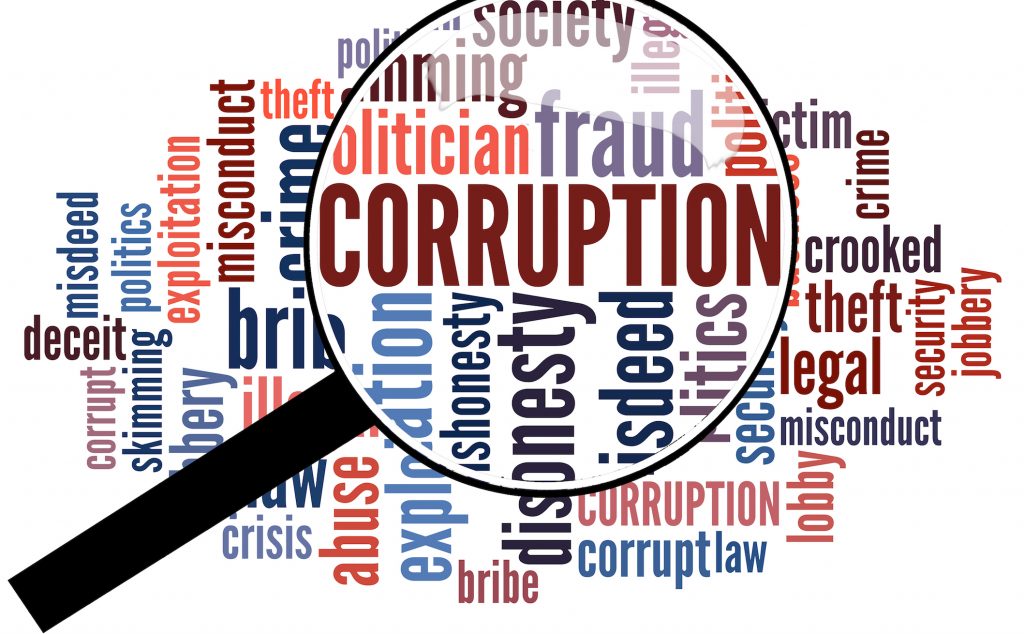 Nine out of ten business leaders in the Turkish Republic of Northern Cyprus (TRNC) believe that bribery and corruption exist within the country’s public sector, a new report has revealed, with 60 per cent describing the situation as a “serious problem”.

The leasing of public land and property was seen as the area most likely to involve fraudulent behaviour, according to the study, followed by the granting of subsidies, Customs, land surveying transactions, town planning, annual tax, imports and exports, and influencing court decisions, TRNC media reported.

Over 50 per cent of the 373 people surveyed believed that politicians and political parties were involved in dodgy dealings, while 46 per cent pointed the finger at senior civil servants.

The respondents saw the use of social media as the most effective way of exposing alleged corruption and wrongdoing, ahead of the courts, police and state law officers.

The negative picture of the TRNC public sector was provided by Turkish Cypriot researchers at Friedrich Ebert Stiftung (FES), a non-profit foundation funded by the German government and which has an office based in the Greek Cypriot side of Cyprus.

Academics Ömer Gökçekuş and Sertaç Sonan presented the findings of the Turkish language 2018 Corruption Perceptions in North Cyprus report on 21 May at the Merit Hotel in Lefkoşa. They told a press conference that their aim was to “raise awareness of the need to fight corruption”.

The pair gave the TRNC a score of 37 on a scale from zero to 100, where zero signifies the worst levels of perceived corruption and 100 the most rule-abiding states. The mark, based on methods used by Berlin-based anti-corruption group Transparency International, placed North Cyprus below the average score of 43 for all countries surveyed.

It put the TRNC in 93rd place according to Transparency International’s Corruption Perceptions Index of 180 countries, alongside Mongolia, Panama, North Macedonia, Kosovo, Guyana and The Gambia, the researchers said.

South Cyprus scored 59, placing it in joint 38th place, Greece 45 in 67th place and Turkey 41, in 78th. Denmark topped the table with 88 points while Somalia was deemed to be the most corrupt, with a score of just 10.

An English language version of the 2018 North Cyprus study is due to be released at a later date at the UN buffer-zone based Home for Cooperation, FES Cyprus said on its Facebook page.

The first annual report, published last October and covering 2017, gave the TRNC a score of 40 out of 100, putting it 81st in that year’s international rankings.

The telephone questionnaire was administered by the TRNC’s Lipa Consultancy. Respondents were executives at companies which are members of the Turkish Cypriot Chamber of Commerce (KTTO).