The 13 included six soldiers, two police officers and intelligent officers who had been abducted from different parts of southeast Turkey by the PKK in separate incidents six years ago.

The men had been moved around northern Iraq by the terror group over the years following their abduction.

Their bodies were recovered in a cave in Gara following a military operation by Turkey against the PKK in the region.

Twelve of the captives had been shot in the head and one person shot in the shoulder, the Turkish Defence Minister Hulusi Akar said.

The Turkish military operation in Gara, approximately 22 miles south of the Turkish border, started on 10 February. Called ‘Operation Claw-Eagle 2’, the operation had two aims: to secure Turkey’s borders from PKK terrorists and to free the 13 Turkish nationals being held captive.

Mounted in difficult conditions due to the terrain and adverse weather conditions, Turkish special forces launched their assault on the cave where the men were being held on Wednesday. By the time they had gained access to the cave, all 13 captives were dead.

Turkey’s Defence Minister Hulusi Akar shown below at the control centre for Operation Claw-Eagle 2, near the Turkey-Iraq border

“According to initial information given by two terrorists captured alive, our citizens were martyred at the start of the operation by the terrorist responsible for the cave,” Minister Akar said.

Forty eight PKK militants were “neutralised” in the process. The term ‘neutralised’ is used by the Turkish government when their targets are killed, captured or have surrendered.

Three Turkish soldiers were killed and three injured in the operation on Gara.

International condemnation and condolences to the bereaved families

The executions were condemned by the Turkish government and opposition parties, along with the international community and foreign diplomats in Turkey, who also sent their condolences to the victims’ families and the Turkish nation.

The US said it “deplores the death of Turkish citizens in the Kurdistan Region of Iraq” on Sunday.

“On the occasion of this tragedy, on my own behalf and on behalf of the people of Azerbaijan, I extend my deepest condolences to you, the families and the loved ones of those who were killed and the brotherly people of Turkey,” President Aliyev added.

British Ambassador to Turkey Dominick Chilcott led the condolences from the diplomatic community in Ankara, tweeting:

“I was deeply saddened by the news that Turkish soldiers and civilians lost their lives in northern Iraq. I offer our condolences to Turkey and allies and to those affected at this difficult time.

The British diplomatic later added in another tweet, “I extend again my condolences for the 13 Turkish hostages who lost their lives at the hands of the PKK in northern Iraq recently. We stand shoulder to shoulder with Turkey in combating the PKK. My thoughts and prayers are with families of those who were brutally murdered.”

Nacho Sanchez Amor, the European Parliament’s rapporteur on Turkey, also expressed his solidarity with the Turkish people, tweeting his “heartfelt condolences to the families of all the victims in the PKK terrorist massacre in #Gara, Iraq”, while adding that, “Terrorism is always a despicable and condemnable act, no matter where and when”.

Funeral service in Ankara for some of the Gara victims

Separately, Nikolaus Meyer-Landrut, head of the European Union Delegation to Turkey, also offered his condolences on behalf of the EU.

“We would like to express our heartfelt sympathies to their bereaved families and Turkey,” Landrut said in a statement on Feb. 15.

Officials from Pakistan, Bulgaria, Somalia, Iran, Qatar, and the Turkic Council have also extended their condolences, while condemning the attacks.

What is the PKK?

The PKK is regarded as terrorist organisation in Turkey, the European Union and the United States. Influenced by a mix of Kurdish nationalism and Marxist-Leninist ideology, the proscribed group first emerged at the end of the 1970s led by Abdullah Öcalan.

The PKK launched its armed insurgency in 1984, aiming to create a ‘communist Kurdistan’ in southeast Turkey, which is heavily populated by Kurds.

While much of the conflict has occurred in the southeast, all parts of the country have experienced attacks from the PKK and its offshoot groups.

One of the worst recent atrocities came in December 2016 when TAK, a PKK affiliate, detonated bombs near the Vodafone Arena a few hours after a football match had taken place at the stadium between top flight teams Beşiktaş and Bursaspor. A TAK suicide bomber and another car bomb left by the group killed 38 people – thirty of them police officers.

To date, over 40,000 people have lost their lives as a result of the conflict with the PKK.

Despite growing anger towards the Kurdish militants, including by Kurdish families who are increasingly vocal about the group’s use of child soldiers to fight its guerrilla war, the PKK shows no intention of laying down its arms. Instead, the terror group continues to press ahead with its aim of uniting Kurds in a ‘greater Kurdistan’.

The region’s Kurds are spread across four territories: Turkey, Syria, Iraq and Iran. The PKK’s headquarters are based in Iraq’s Qandil Mountains, which has been regularly targeted by Turkey in the past few years.

While the vast majority of Turks support the government’s efforts to eliminate the threat from the PKK, there is also criticism of its tactics and in the case of Gara, its failure to act for the past five years.

Since Sunday, state-controlled channels have been dominated by broadcasts about Operation Claw-Eagle 2, but less heard were the criticisms levelled at the Erdoğan government for its handling of the operation.

“You launch a rescue operation and all the captives die. Someone needs to assume responsibility and resign,” Kemal Kılıçdaroğlu, leader of the main opposition Republican People’s Party (CHP) said.

CHP deputy Murat Bakan echoed the critical remarks from his party. In a hard-hitting thread on Twitter, he called out the government for failing to act despite his repeated calls for action. Bakan tweeted about the six different occasions since 2016 that he raised the issue of the captives without a single adequate response from the government.

Bakan told the government, “Put aside the empty cries, why you haven’t done anything for years, give account of this!”, before adding, “I know all the families of these children. I have been struggling for years so that they can return to their homes and families safely. We met with Semih Özbey’s father many times … It shouldn’t have ended like this. My heart is burning, my heart is crying blood. #Gara”

The pro-Kurdish Peoples’ Democratic Party (HDP), which has 56 MPs in the Turkish Parliament, has fired back after bearing the wrath of the government and its far-right partner the Nationalist Movement Party (MHP) over the Gara executions.

Increasingly marginalised for failing to disavow itself from the PKK, HDP claimed it had tried to free the captives, lobbying the government on multiple occasions since 2015.

HDP deputy Ömer Faruk Gergerlioğlu said his party had met with the captives’ relatives in 2015, 2016, 2018 and 2019 and that on each occasion HDP had tried to explore ways to secure their release.

Ten of the 13 victims executed by the PKK in Gara were named in a series of tweets by the Turkish Defence Ministry, with condolences to the nation from Minister Hulusi Akar 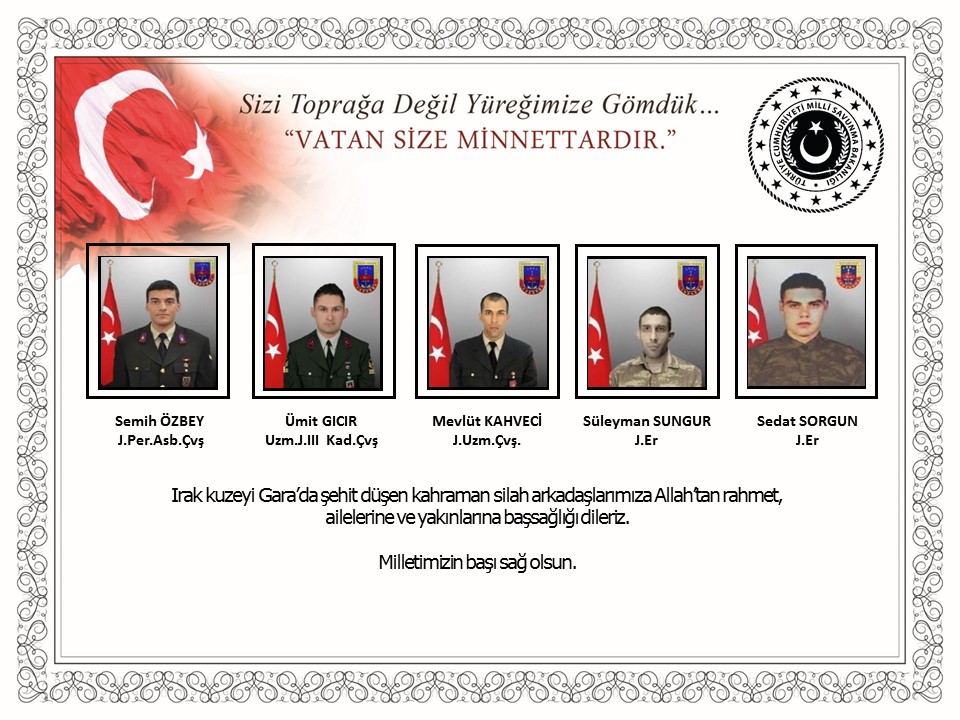 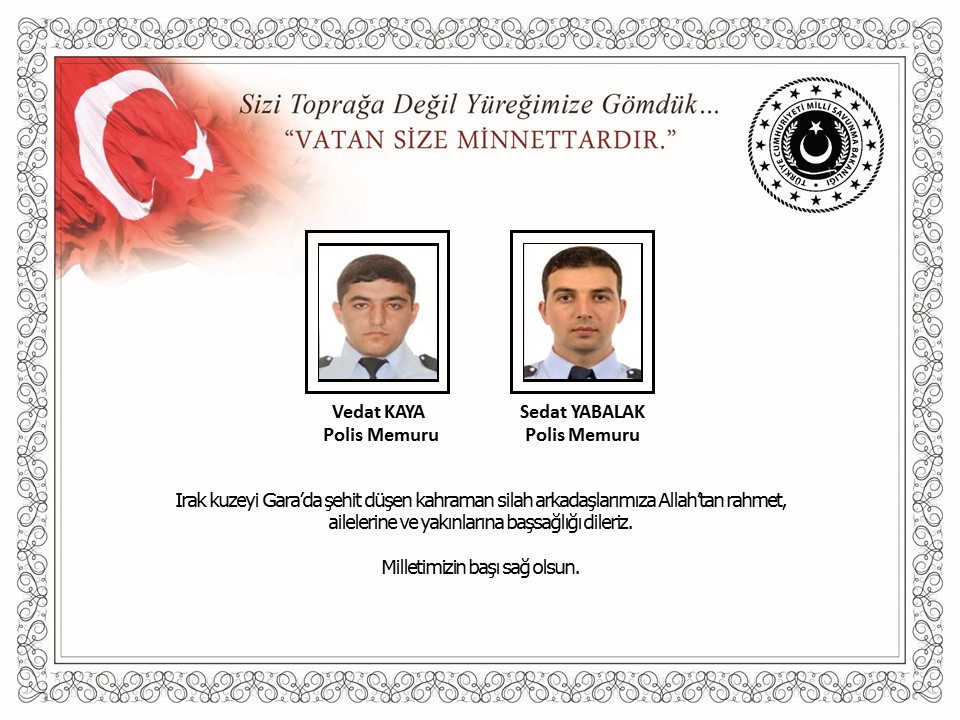 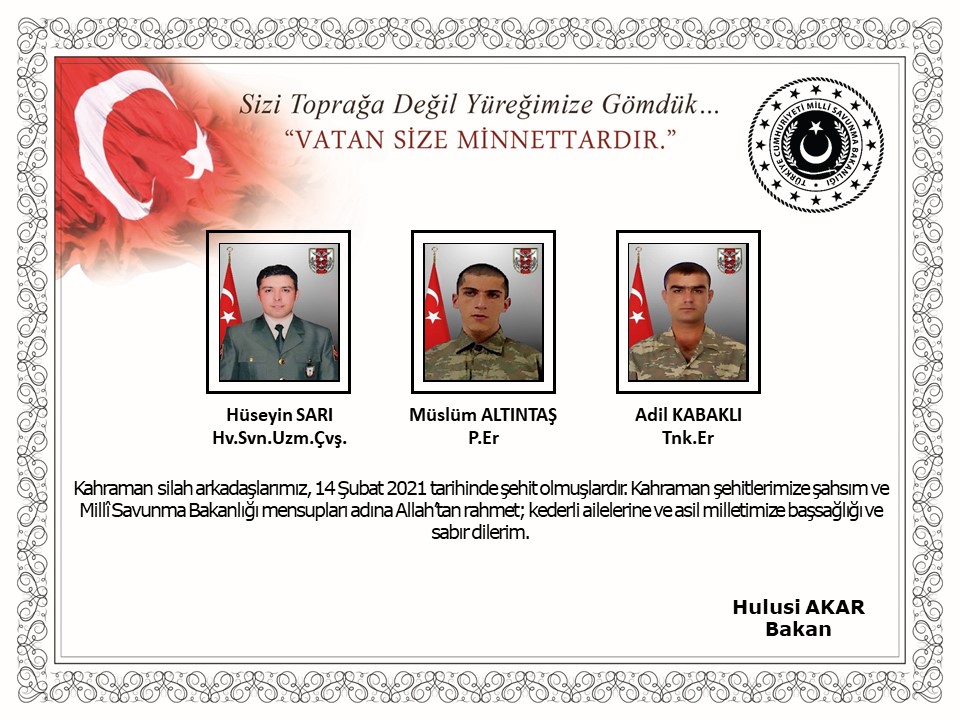